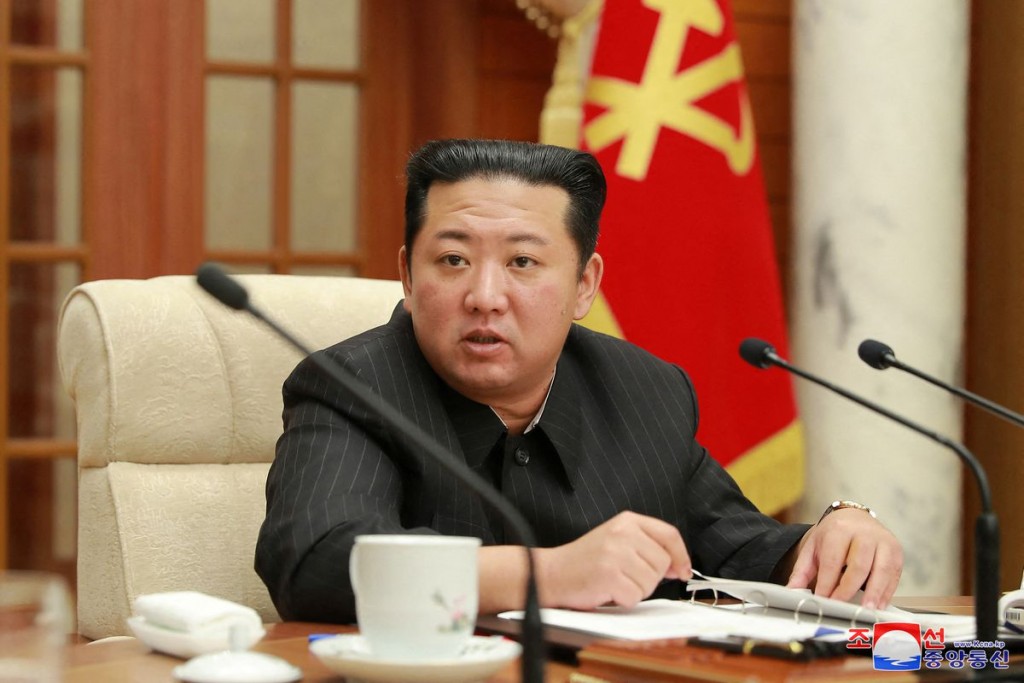 North Korea will bolster its defences against the United States and consider resuming "all temporally-suspended activities", state news agency KCNA said on Thursday, an apparent reference to a self-imposed moratorium on testsof nuclear weapons and long-range missiles.

Tension has been rising over a recent series of North Korean missile tests. A U.S. push for fresh sanctions was followed by heated reaction from Pyongyang, raising the spectre of a return to the period of so-called "fire and fury" threats of 2017.

The politburo ordered a reconsideration of trust-building measures and "promptly examining the issue of restarting all temporally-suspended activities," while calling for "immediately bolstering more powerful physical means," KCNA said.

The decision appears to be a step beyond Kim's previous remarks at the end of 2019 that he would no longer be bound by the moratorium on testing nuclear warheads and long-range intercontinental ballistic missiles (ICBMs), after the United States did not respond to calls for concessions to reopen negotiations.

Washington's hostility and threats had "reached a danger line," the report said, citing joint U.S.-South Korea military exercises, the deployment of cutting-edge U.S. strategic weapons in the region, and the implementation of independent and U.N. sanctions.

"We should make more thorough preparation for a long-term confrontation with the U.S. imperialists," the politburo concluded.

North Korea's warning came hours before the United Nations Security Council was due to convene a closed-door meeting on Thursday to discuss the recent missile tests, at the request of the United States and several other countries.

President Joe Biden made no mention of North Korea during a nearly two-hour news conference on Wednesday held to mark his first year in office.

When asked how the United States would respond if North Korea resumed ICBM and nuclear testing, a spokesperson for the White House National Security Council declined "to get into hypotheticals" but said its goal remains the complete denuclearization of the Korean peninsula.

"We remain prepared to engage in serious and sustained diplomacy without preconditions to make tangible progress," the spokesperson said, adding that Washington would continue its efforts in coordination with the international community to prevent advances in North Korea's weapons programmes.

The Unification Ministry handling inter-Korean ties warned of further escalation, saying the peninsula should not go back to the confrontational past, and dialogue and diplomacy are the only way forward.

"We should brace for more sabre-rattling designed to create a warlike atmosphere — and possibly more provocation testing," said Jean Lee, a fellow at the Washington-based Wilson Center, adding that Kim will use every opportunity to justify further weapons testing.

North Korea could possibly test a long-range missile or other powerful weapon in time for the 80th and 110th anniversaries of the birthdays of Kim's late father and grandfather in February and April, both major holidays in the country, said Yang Moo-jin, a professor at the University of North Korean Studies in Seoul.

"It's possible that the situation could go back to the vicious cycle of provocations and sanctions we saw in 2017," he said.

After test firing a ballistic missile capable of striking the U.S. mainland in 2017, North Korea launched a flurry of diplomacy and has not tested its ICBMs or nuclear weapons since.

But it began testing a range of new short-range ballistic missiles (SRBMs) after denuclearisation talks stalled and slipped back into a standoff following a failed summit in 2019.

Pyongyang has defended the missile launches as its sovereign right to self-defence and accused Washington of applying double standards over weapons tests.

On Monday, North Korea conducted its fourth missile test this year, following two launches of "hypersonic missiles" capable of high speed and manoeuvring after lift-off, and another one involving a railway-borne missile system.

Jenny Town, director of the Washington-based Stimson Center's 38 North programme, said despite its strong language, the politburo report left room for Kim to "ratchet rhetoric up or down as he sees fit" depending on future developments.

"The North Korean nuclear and missile problem has not disappeared and will only grow worse in the absence of active, serious diplomacy," he said.