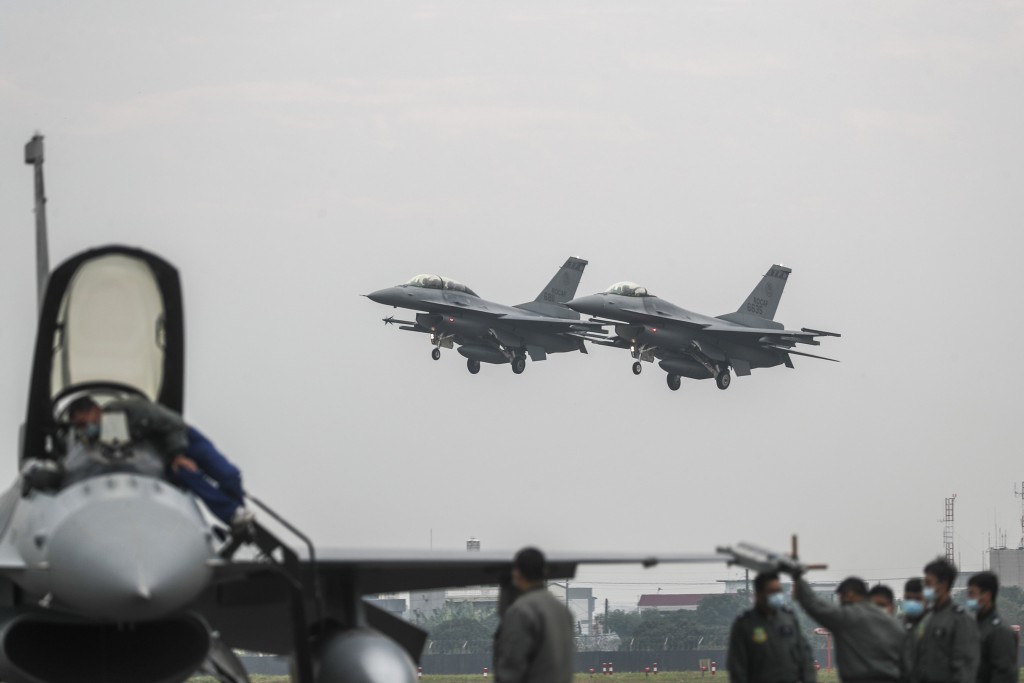 Captain Chen Yi (陳奕) died when his F-16V crashed into the sea west of Chiayi County on Jan. 11, leading to a complete grounding of all jets of the same type during the earliest stage of the investigation. The precise cause of the crash has not been found yet, but the plane’s flight recorder had been recovered and is being analyzed.

On Thursday morning, four F-16V fighters took off from the Chiayi Air Force Base to help intercept Chinese aircraft intruding into the southwest sector of the country’s ADIZ, CNA reported. One of the Taiwan jets was piloted by a senior officer, Major General Wei Chao-lin (魏兆麟), according to the Air Force.

In addition to upgrading its existing F-16 fleet to F-16V status, Taiwan is also procuring 66 new jets from the United States, with delivery expected to be completed by the end of 2026. The new aircraft will be stationed at Zhihang Air Force Base on the southeast coast.