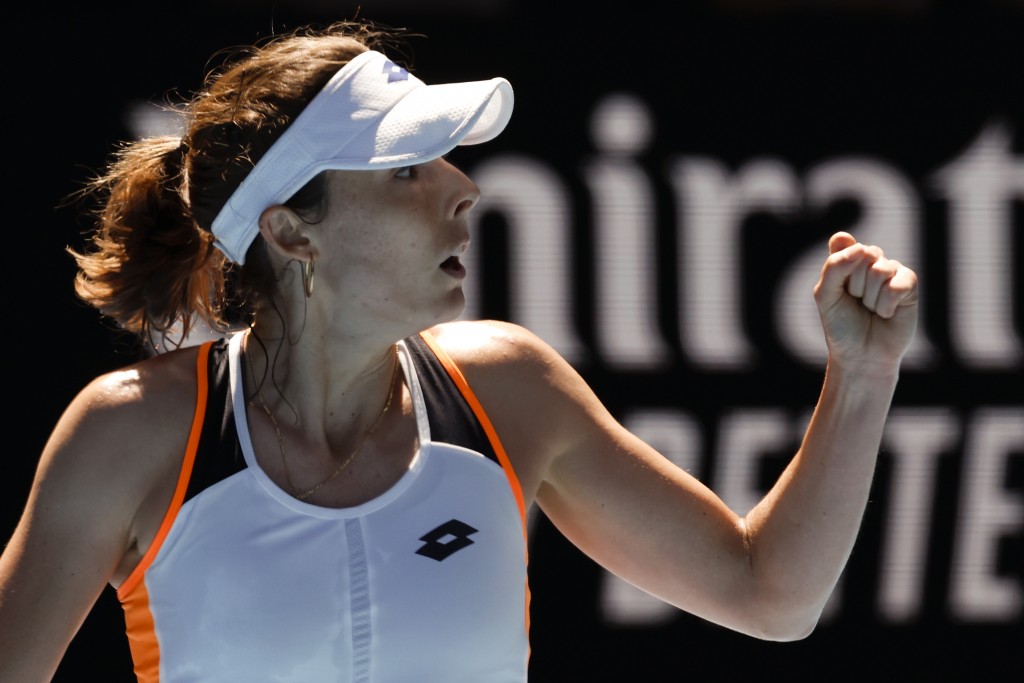 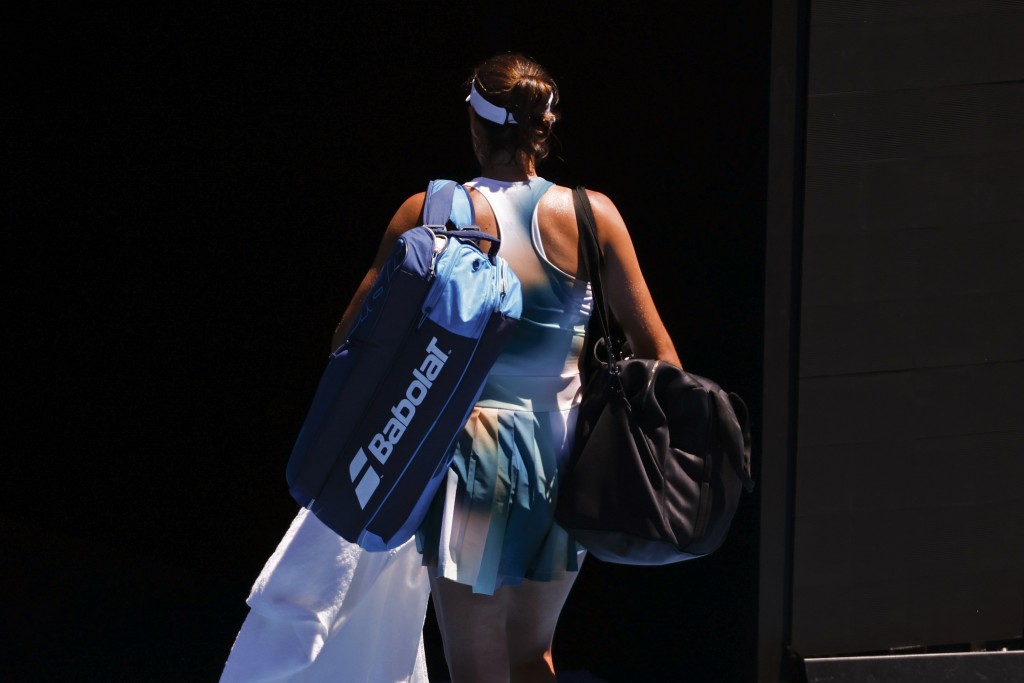 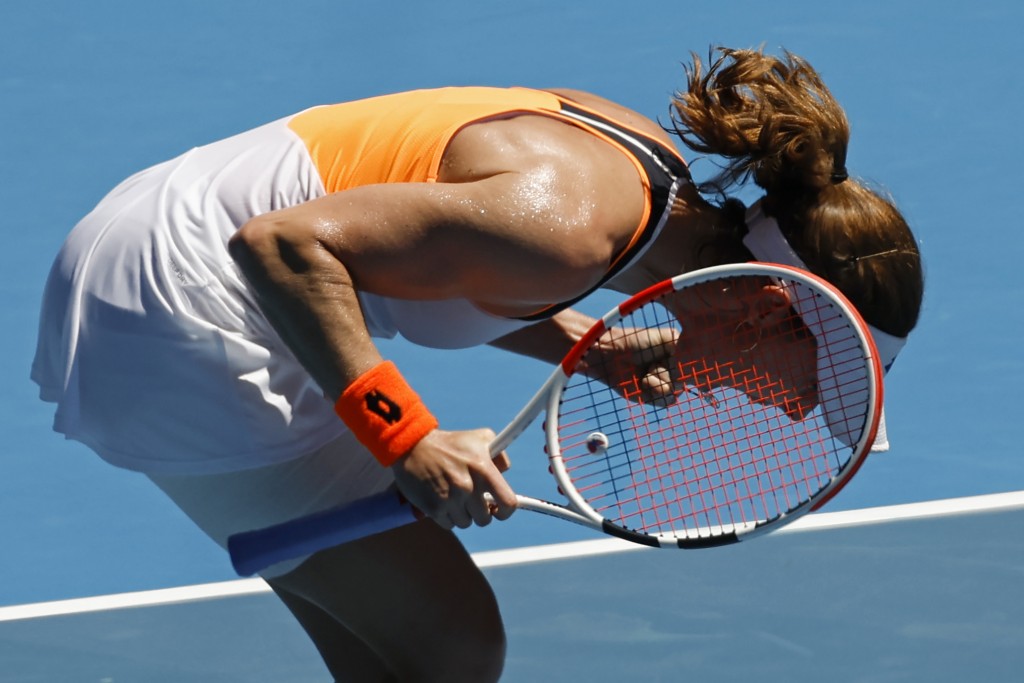 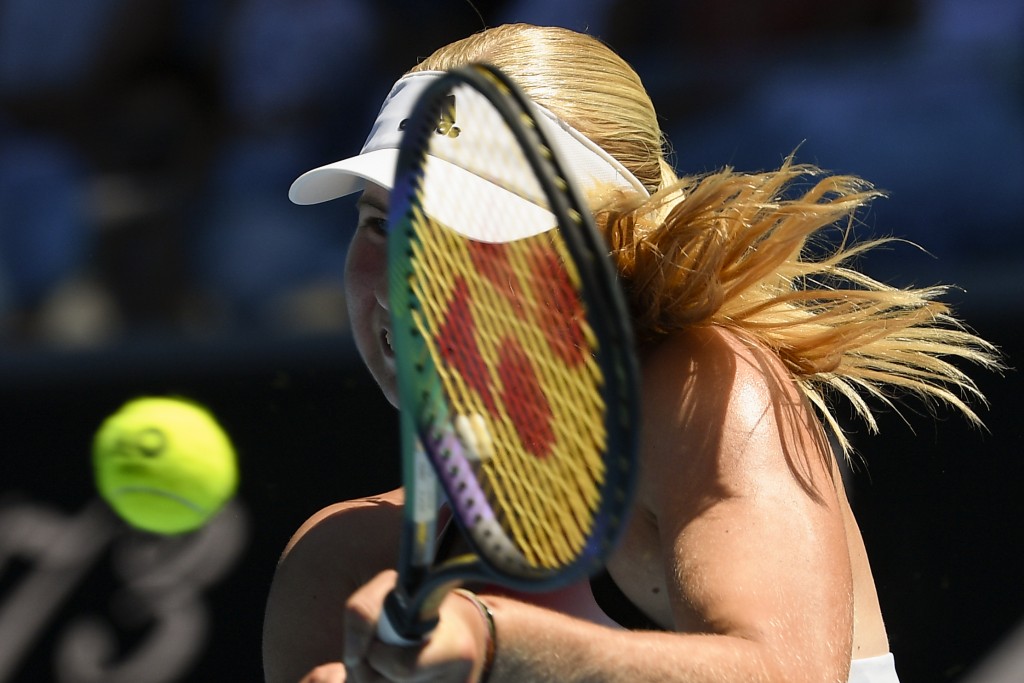 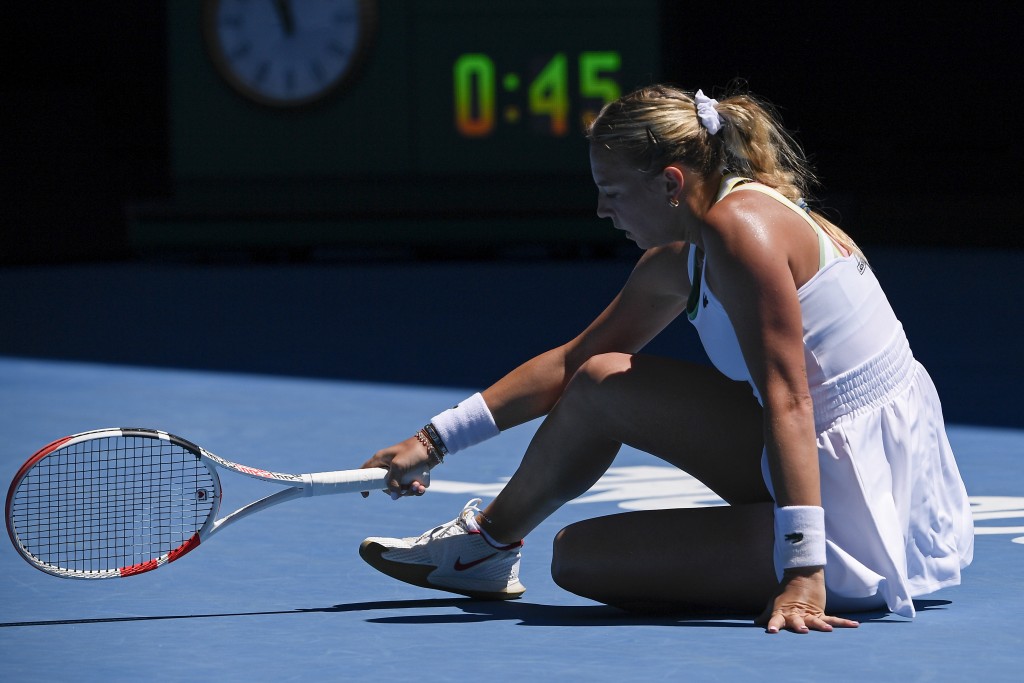 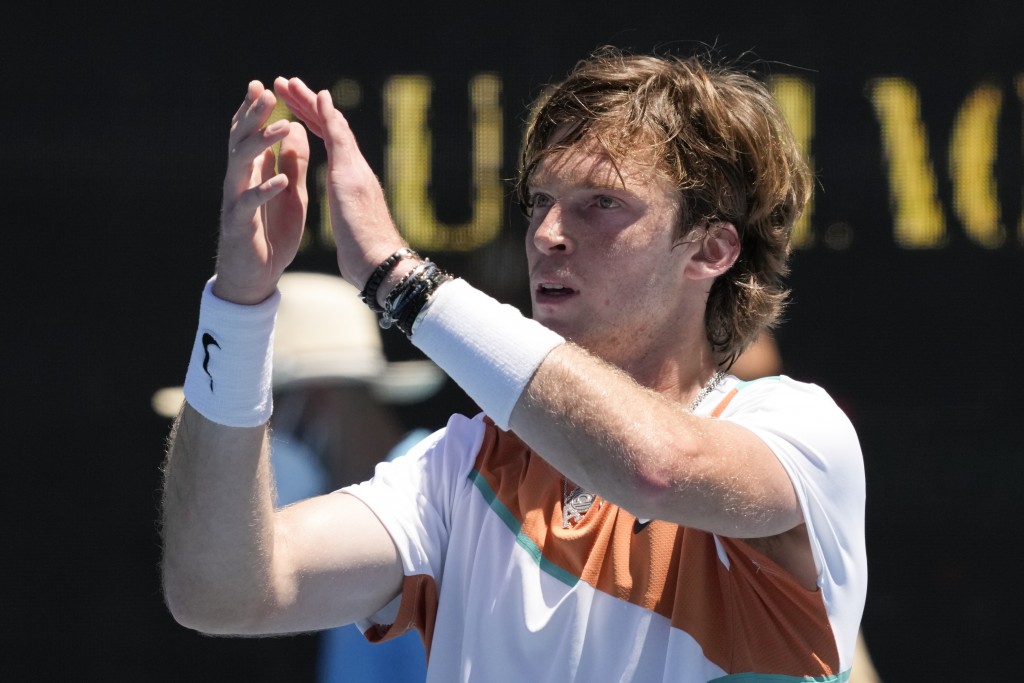 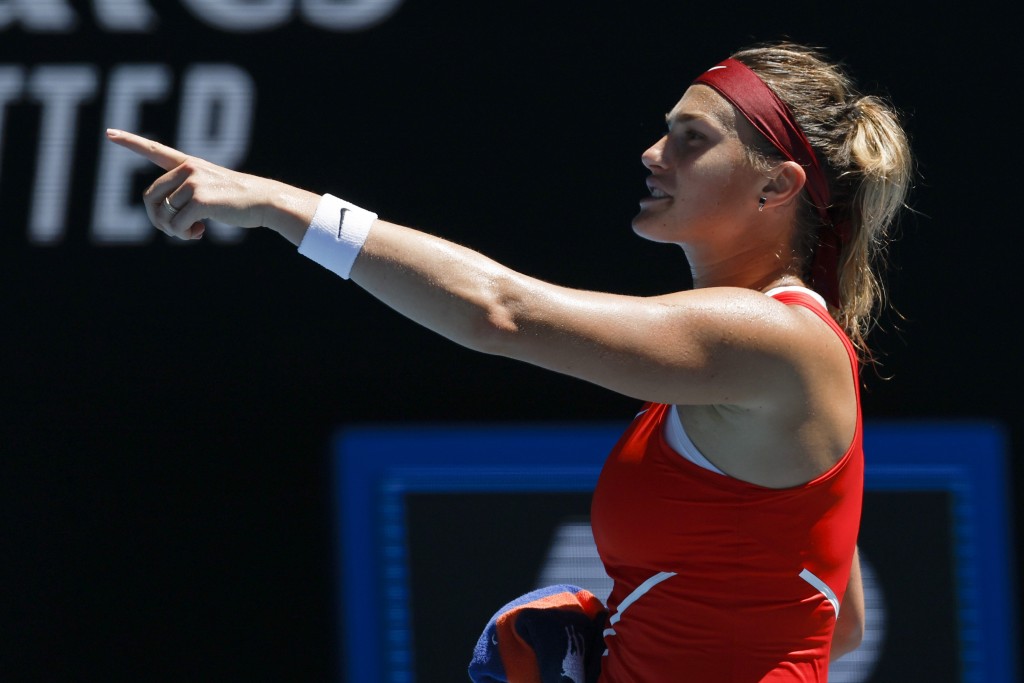 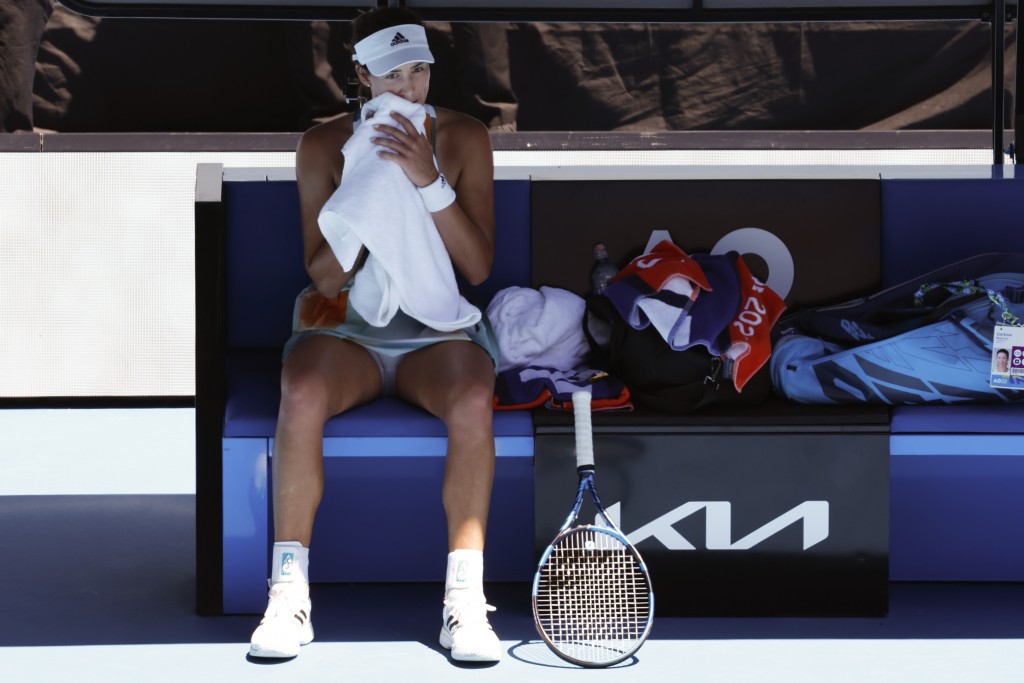 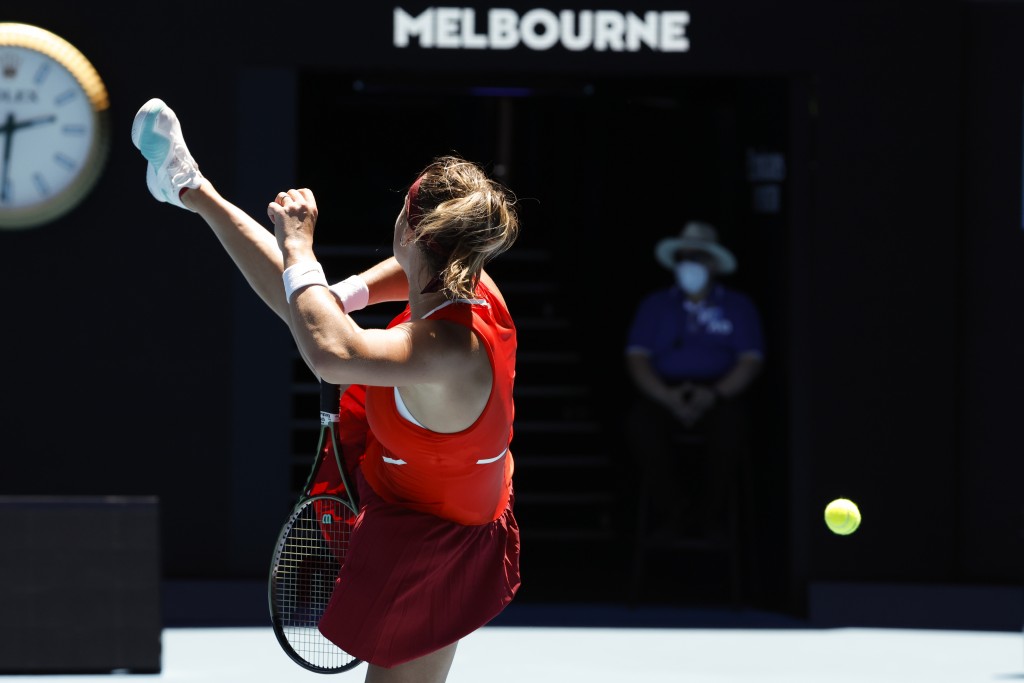 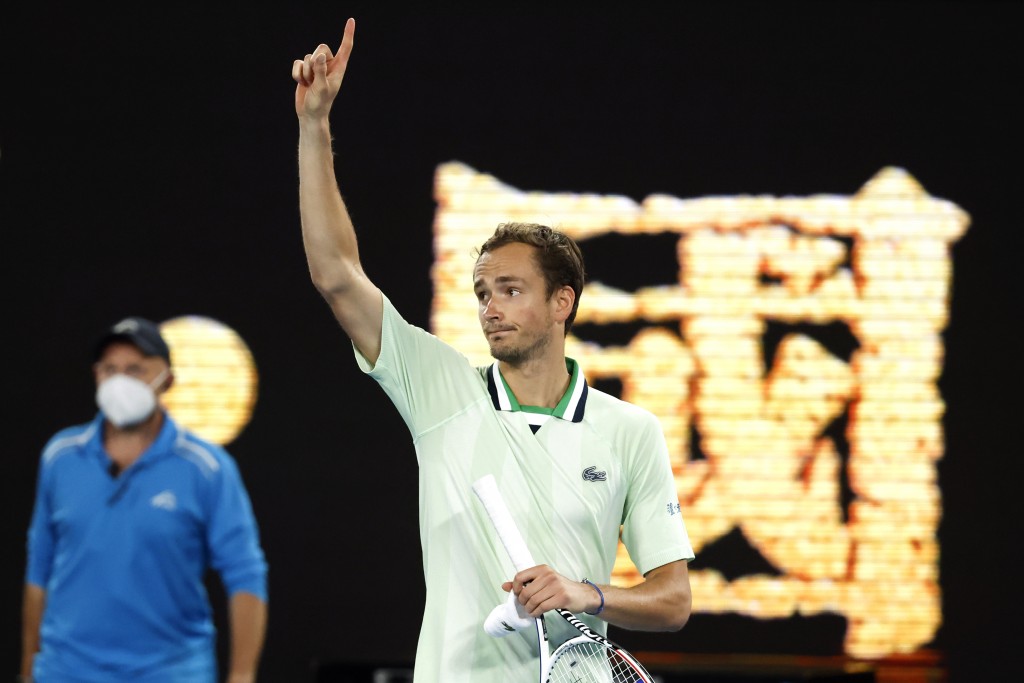 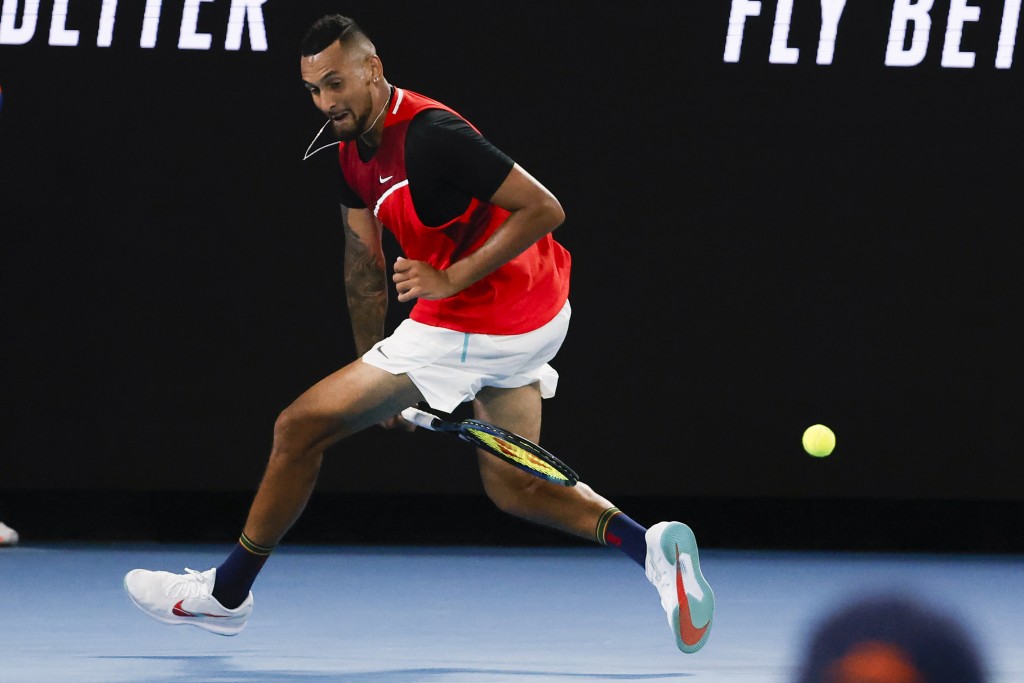 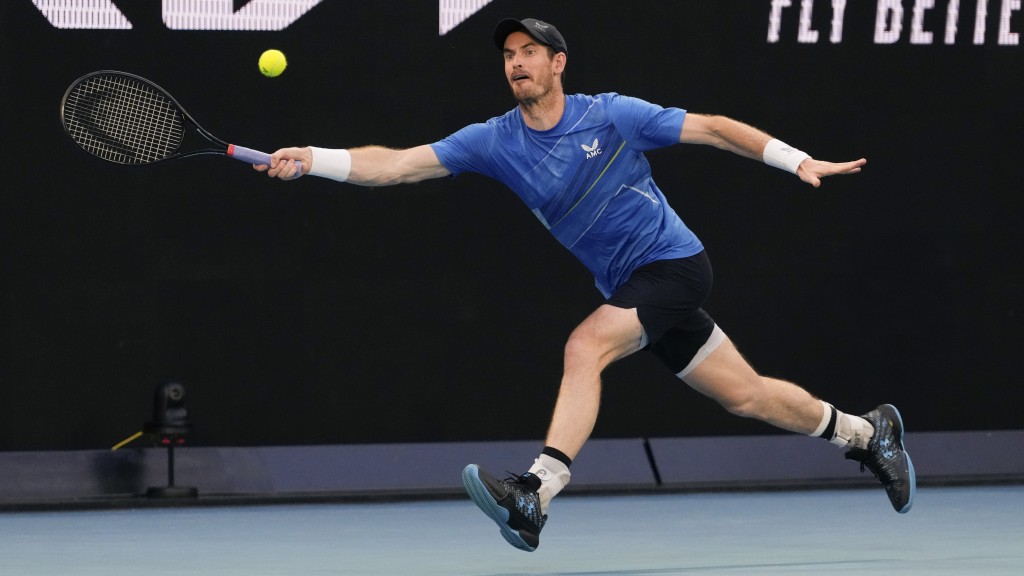 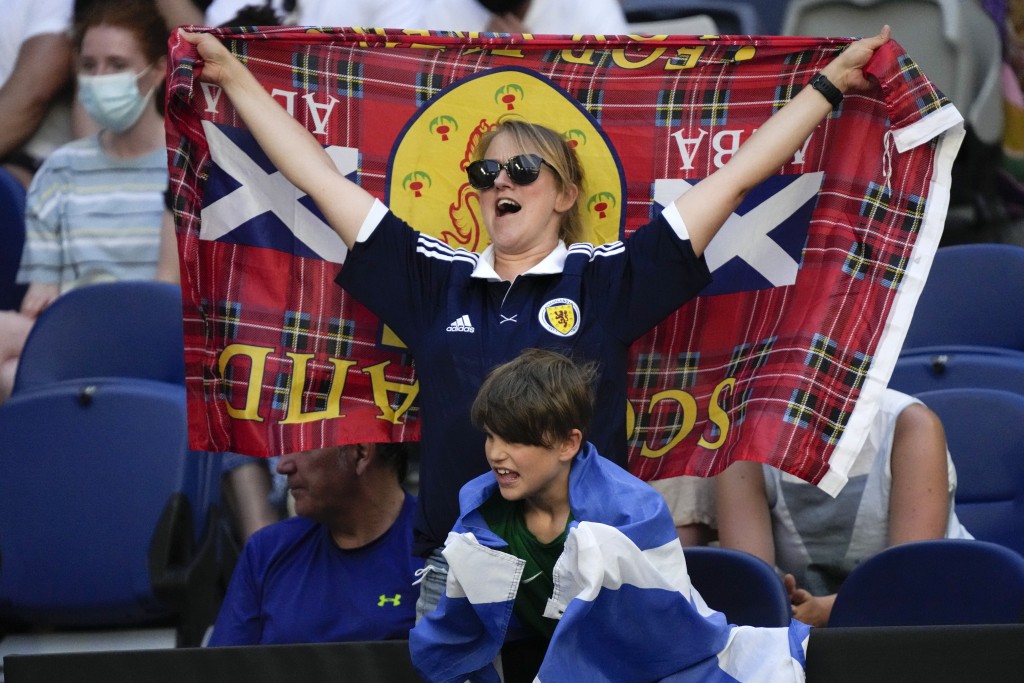 MELBOURNE, Australia (AP) — Daniil Medvedev faced a hostile crowd and a full array of Nick Kyrgios’ outbursts and tricks, and still remained calm for long enough to reach the third round at the Australian Open.

The 115th-ranked Kyrgios worked up the crowd, hit ’tweeners and drop shots, mixed up the pace of his groundstrokes and tossed in an under-arm serve in a bid to ruffle the second-ranked Russian.

Medvedev kept his composure, taking a quick trip to the locker room after losing the third set and recovering to win 7-6 (1), 6-4, 4-6, 6-2 Thursday on a rowdy Rod Laver Arena.

In an on-court TV interview with former champion Jim Courier, Medvedev was asked how he managed to stay so composed.

“That’s the only choice when you get booed between first and second serve,” he said, triggering some boos from the crowd.

Kyrgios usually likes to play on John Cain Arena, known locally as the People's Court because fans with ground passes can get in and the singing and chanting can get wild.

He managed to turn the all-ticketed stadium court into something more akin to a soccer stadium.

In the seventh game of the third set, Kyrgios got two break-point chances when he bunted away a backhand from Medvedev directed at his body and then took off on a circular run behind the baseline to celebrate like he'd scored a goal.

When he converted the break, he danced in the change-over and worked up the crowd. Medvedev lowered the volume with two service breaks in the fourth set to beat the talented but erratic Kyrgios for the first time in three attempts. He served 31 aces to 17 for the Aussie, and converted four of his 11 break-point chances while saving seven of nine on his own serve.

Told later that he may have misheard the boos, and that Kyrgios’ supporters were mimicking the “siiiuuu” sound that soccer fans yell when Cristiano Ronaldo scores goals, Medvedev said still “it’s not easy to play against the crowd.”

“But they stay as fun matches afterwards because in the end, yeah, we gave the crowd a big show,” he said. “Probably Nick more, because, well, he’s a big entertainer.

“I think it was a great match to watch. Already got a lot of messages, not just congratulations like usual, but like, ‘Wow, what a match!’”

Medvedev was the runner-up last year but avenged that loss by beating Novak Djokovic in the U.S. Open final.

He's the quasi No. 1 now, anyway, because Djokovic was deported on the eve of the tournament for failing to meet Australia's strict COVID-19 vaccination regulations.

Five-time runner-up Andy Murray only lasted two rounds. Two days after winning his first match at the Australian Open in five years, the former No. 1 lost to 120th-ranked Taro Daniel 6-4, 6-4, 6-4.

There were plenty of surprises in the women's draw on Day 4, with No. 3 Garbiñe Muguruza the highest-seeded player to exit only minutes after No. 6 Anett Kontaveit lost.

U.S. Open champion Emma Raducanu lost a night match to Danka Kovinic 6-4, 4-6, 6-3. Kovinic has reached the third round of a Grand Slam tournament for the first time and will next play two-time major champion Simona Halep.

Raducanu needed treatment for blisters on her right hand two nights after her first-round win over 2017 U.S. Open champion Sloane Stephens. The blisters, on top of a recent bout of the coronavirus, had some people in her team convinced the 19-year-old Raducanu shouldn't play.

“Because 21 days, no tennis, my hands got pretty soft,” said Raducanu, who won the U.S. Open as a qualifier in only her second major. “It ended up being pretty deep. But it’s a bit annoying, because I know it’s something that will heal in a few days — just unfortunate timing.”

Second-seeded Aryna Sabalenka served nine double-faults in her first two service games, 12 in the first set and appeared to be on the brink of a second-round defeat before recovering to hold off 100th-ranked Wang Xinyu 1-6, 6-4, 6-2.

She will next play face 31st-seeded Marketa Vondrousova, the 2019 runner-up at Roland Garros.

No. 7 Iga Swiatek, the 2020 French Open champion, No. 19 Elise Mertens and Sorana Cirstea were among the other women advancing. Zhang Shuai of China moved into the third round when No. 12 Elena Rybakina retired from their match while trailing 6-4, 1-0.

Sam Stosur retired from singles for good after a 6-2, 6-2 loss to No. 10 Anastasia Pavlyuchenkova ended the 2011 U.S. Open champion’s 20th Australian Open.

Muguruza never managed to earn a single break point and made 33 unforced errors, more than twice her opponent's total, in a 6-3, 6-3 loss to Alize Cornet.

“A little bit surprised about my level. I am a little disappointed, too,” said Muguruza, a two-time major champion and 2020 Australian Open runner-up who won last year's season-ending WTA Finals.

And the 61st-ranked Cornet? She called herself “a little bit (of) a dinosaur.”

She's appearing in her 63rd career major tournament — and 60th in a row — but never has been beyond the fourth round.

Cornet will get a chance to equal that showing when she plays Tamara Zidansek on Saturday, her 32nd birthday.