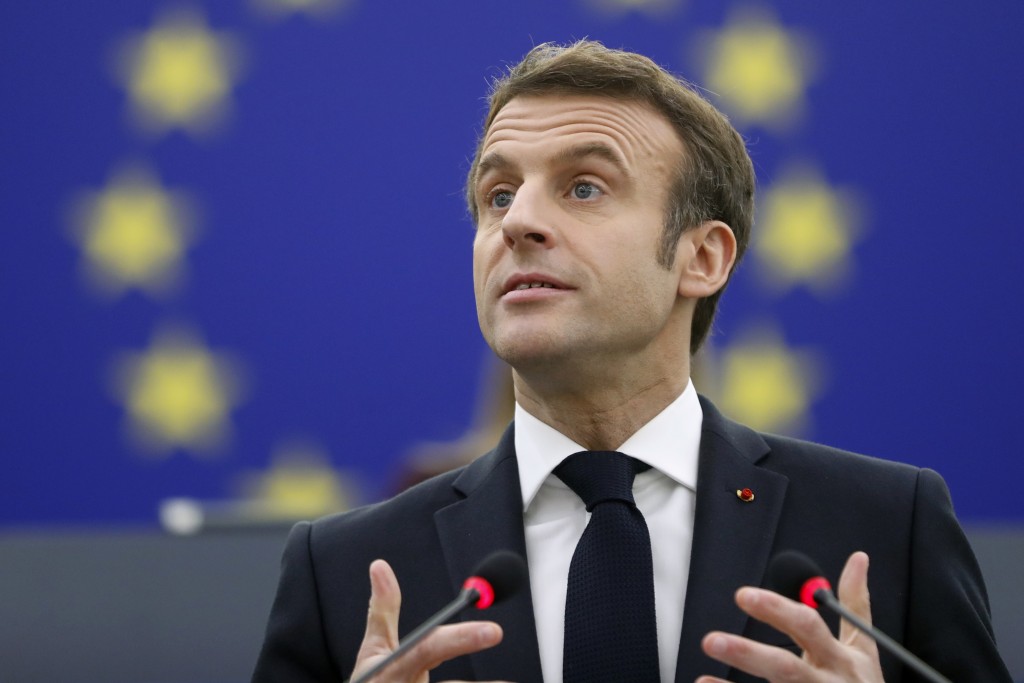 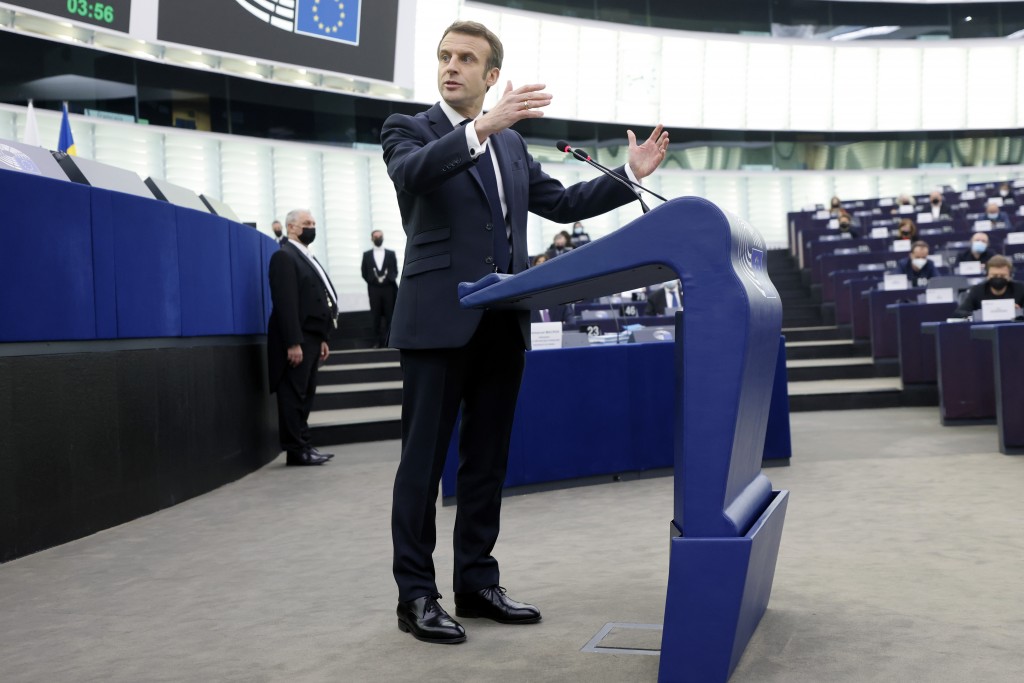 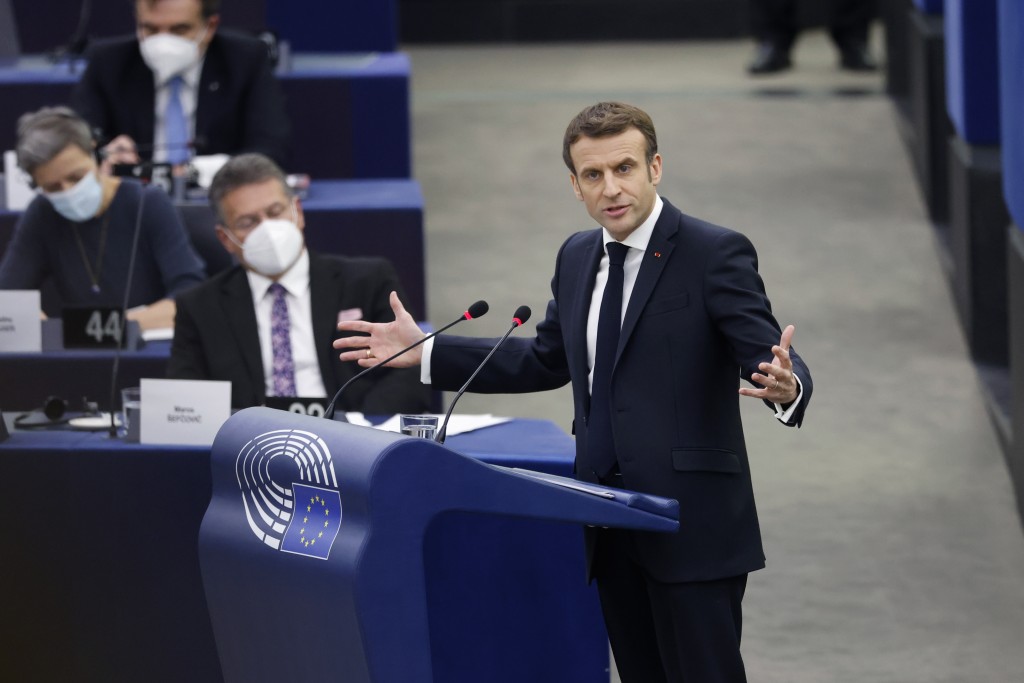 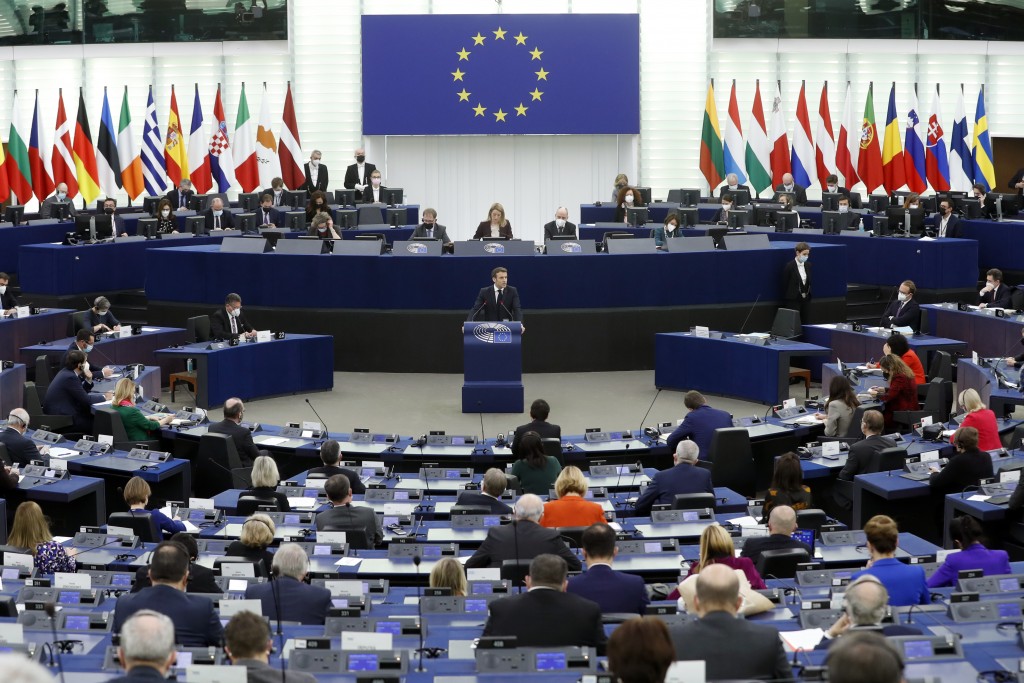 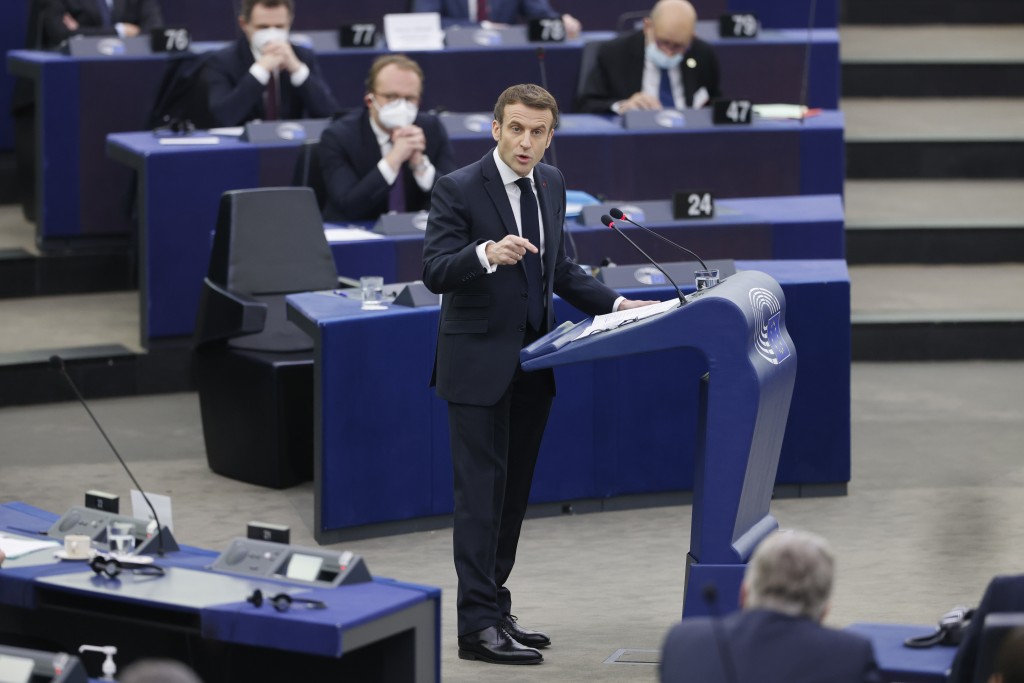 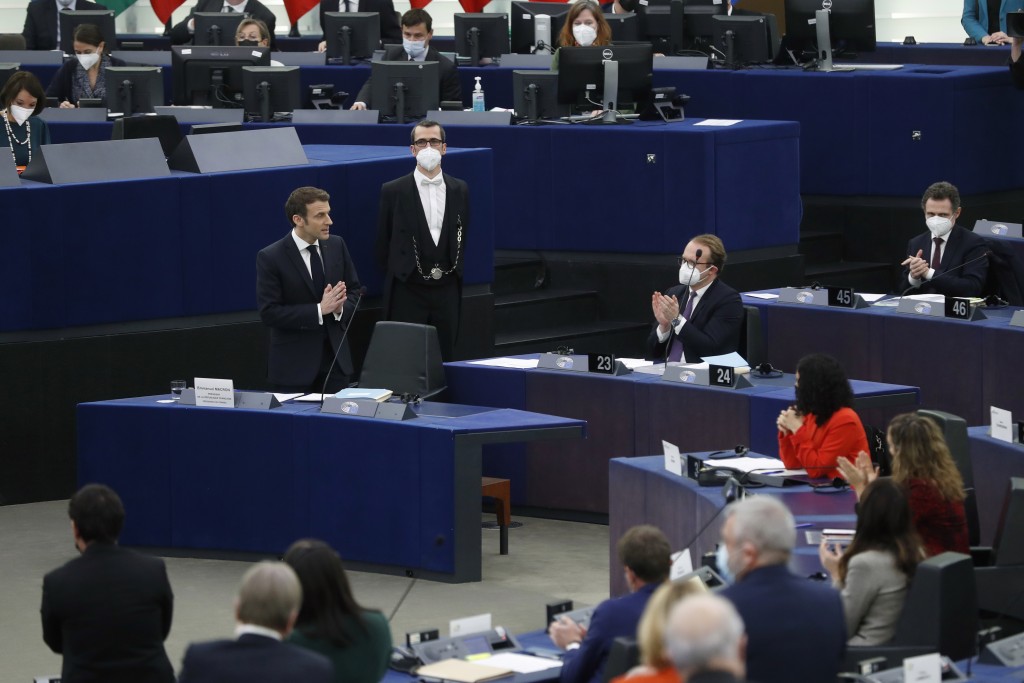 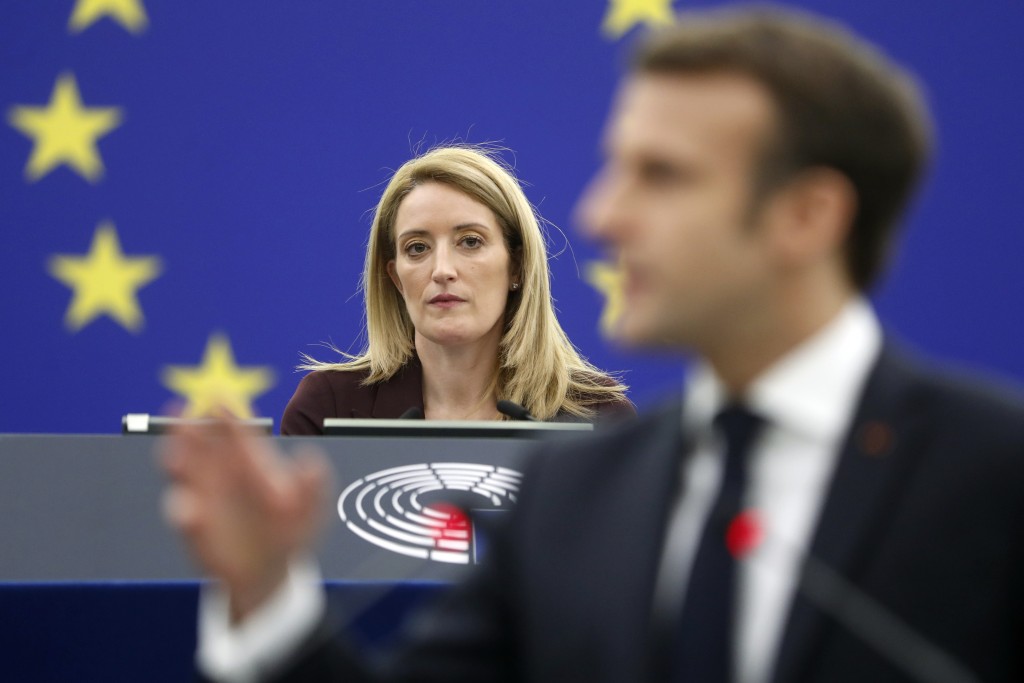 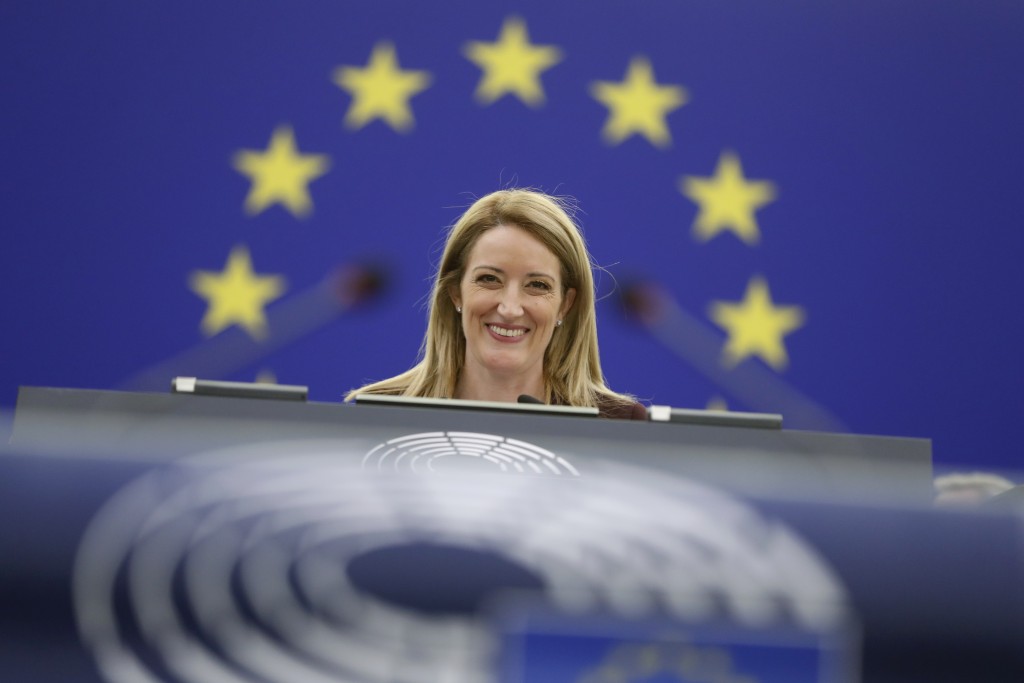 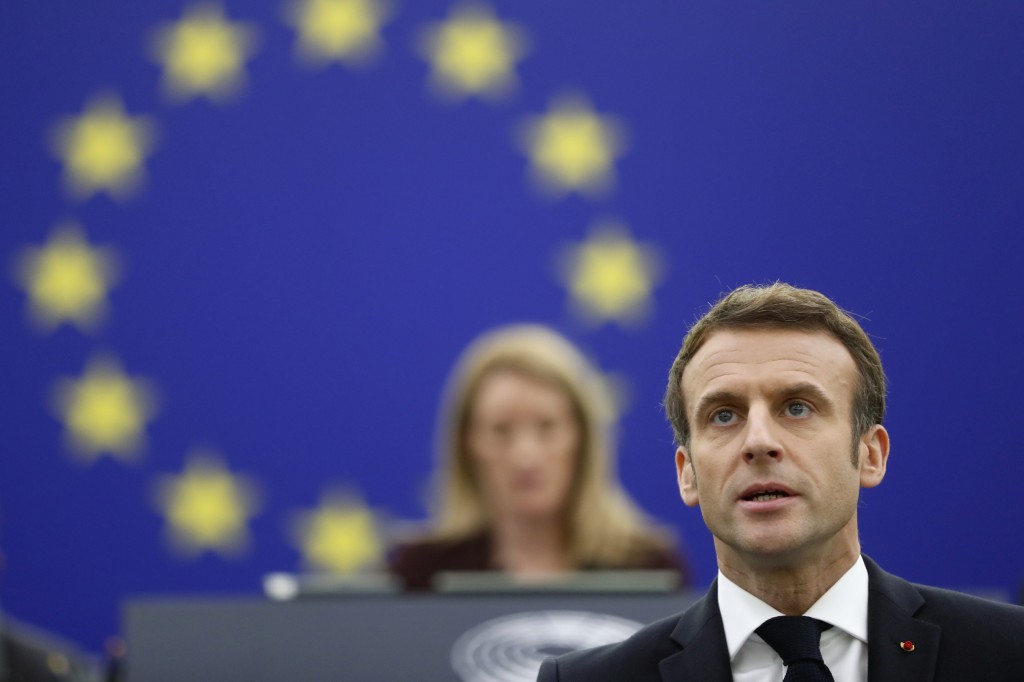 STRASBOURG, France (AP) — French President Emmanuel Macron has pledged to make the European Union more powerful as his country holds the bloc's presidency for six months — yet he has been accused by rivals and critics of using the position as a springboard toward a reelection bid.

Macron spoke at length Wednesday to European lawmakers in Strasbourg, detailing France's priorities for the six-month rotating presidency of the bloc.

His remarks were closely watched at home as the period overlaps with France's presidential election on April 10. Macron, a pro-European, pro-business centrist, is expected to run for a second term and polls put him as the front-runner.

France’s presidency of the EU provides a possible platform for his campaign, a point that came under criticism from French opposition members.

Macron said he wants to add changes into the charter of fundamental rights of the European Union to make it “more explicit about environment protection and the recognition of the right to abortion” in an effort to “breathe new life” in Europe’s democratic values.

Echoing some French voters' concerns, he also called on the EU to install a “decent” minimum salary across the bloc and work on reducing inequalities and fighting discrimination. He said it's time for the EU to “take action” to meet its environmental ambitions, including the bloc’s commitment to reach climate neutrality by 2050.

As the French far-right put immigration and security at the heart of the presidential campaign, Macron vowed to reinforce the EU ’s external borders and dismantle smugglers networks. He also called on the EU to quickly draw up a new security plan containing proposals to help ease tensions with Russia. There are mounting concerns that Russian President Vladimir Putin is planning an invasion of Ukraine despite his denials of any such plans.

“We must meet the conditions to reach sovereignty, which means being more independent from Russia,” he said.

A series of French lawmakers addressed Macron’s remarks with multiple references to April's presidential election, suggesting that he is promoting his candidacy rather than caring about EU issues.

French Green lawmaker Yannick Jadot — who is running in France's presidential election — told Macron “you undoubtedly made a nice speech ... except you have been presiding over France for five years. You must be held accountable... You will go down in history as the president of climate inaction."

“The presidential election will decide of the future of France, but also of the future of the whole Europe. How can you claim you’ll bring Europe together when you have been until the end the one widening divisions in France?” he asked Macron.

“For France and for Europe, it is essential that your term remains a single term,” Bardella added.

“The French presidency (of the EU) should not be an electoral stepping stone,” she said.

In response, Macron denied that his domestic ambitions play any role in the French presidency of the EU Council.

“What a shame to transform that (parliament) into the (French) National Assembly,” an EU lawmaker from Macron’s party, Stéphane Séjourné, said.

While Macron was speaking in Strasbourg, far-right presidential candidate Eric Zemmour made a visit to Calais in northern France, where many migrants gather in makeshift camps in hopes of crossing the English Channel to Britain.

"Calais is the symbol of a double failure: the failure of the European Union and of Emmanuel Macron,” Zemmour said.

The former TV pundit, known for his anti-migrant, anti-Islam invective, is considered one of the main challengers in the presidential race. He said if elected, he would close France's borders with its neighbors.

Calais “is the symbol of a Europe which completely gave up protecting itself against migrant invasions, so for me it’s the symbol that we must tackle that issue,” Zemmour said.