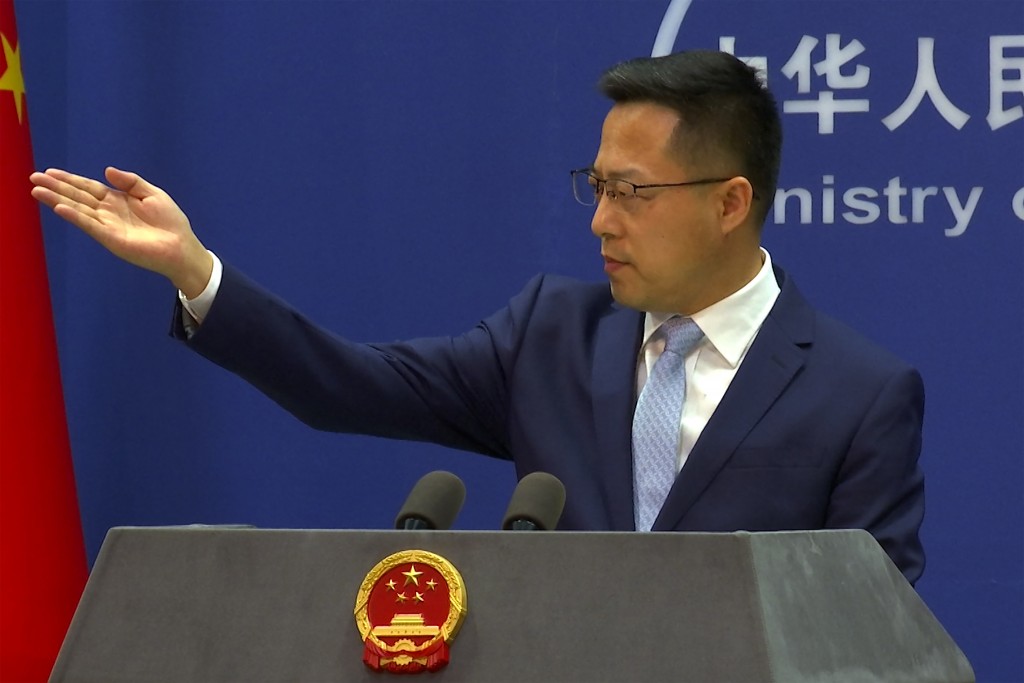 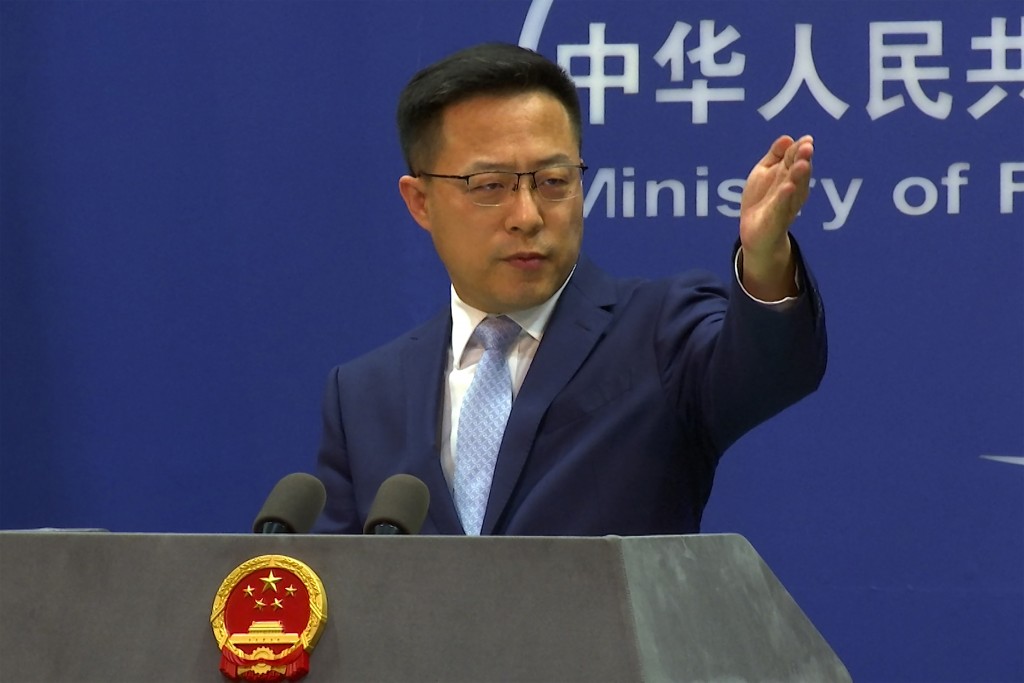 BEIJING (AP) — China on Wednesday condemned plans by Slovenia to upgrade relations with self-governing Taiwan, a move likely to spark diplomatic and economic retaliation against the tiny Central European country.

Chinese Foreign Ministry spokesperson Zhao Lijian said China was “shocked by this and strongly opposed to it,” but gave no immediate details on how Beijing would respond.

“It is a dangerous statement made by the Slovenian leader that overtly challenges the one-China principle and supports Taiwan independence," Zhao told reporters at a daily briefing, referring to comments Monday by Slovenia’s Prime Minister Janez Jansa.

China claims Taiwan as its own territory to be brought under its control by force if necessary and has been ratcheting up diplomatic pressure on the island to force it into political concessions.

“No one should underestimate the strong determination, firm will and strong ability of the Chinese people to defend national sovereignty and territorial integrity," Zhao said.

Taiwan and China split amid civil war in 1949, and the People's Republic insists it is the sole legal representative of the island despite never having governed it.

Slovenia follows Lithuania’s move allowing Taiwan to open a representative office in its capital under the name “Taiwan,” rather than “Chinese Taipei” in a break with diplomatic convention.

American and Lithuanian officials say China has blocked imports from the northern European country since the Taiwanese government was allowed to open a trade office there under the name Taiwan.

The U.S. and most other governments, including Lithuania, have diplomatic relations only with Beijing but maintain commercial and informal political ties with Taiwan’s democratically elected government. Most governments acquiesce to Chinese pressure by requiring Taiwanese entities to operate under the name Chinese Taipei.

Chinese pressure has reduced the number of Taiwan's formal diplomatic allies to just 14.

Beijing retaliated for Lithuania’s move by expelling the Lithuanian ambassador, and Lithuania has since closed its embassy in Beijing.

Taiwan responded by setting up a $1 billion credit program aimed at funding projects by Lithuanian and Taiwanese companies, as well as creating a $200 million investment fund to help the Lithuanian economy.

Both Lithuania and Slovenia are members of the European Union, which has taken an increasingly forceful stance against aggressive political and economic moves by Beijing. Both are also members of NATO and plan to set up their own representative offices in Taiwan, a close U.S. ally.

In his comments, Jansa said ties with Taiwan would not include an exchange of ambassadors but would be at the same level as many of EU nations maintain with the island.

Referring to Lithuania, he said it was “terrifying" how China was attempting to isolate small European nations, saying that would harm Beijing's interests in the long term.

In Taipei, Foreign Ministry spokeswoman Joanne Ou on Tuesday praised Jansa as a “friend of Taiwan for many years" who has visited on multiple occasions.

“We would like to make a positive response to the establishment of representative offices, express a high degree of welcome and our sincere thanks,” Ou told reporters.