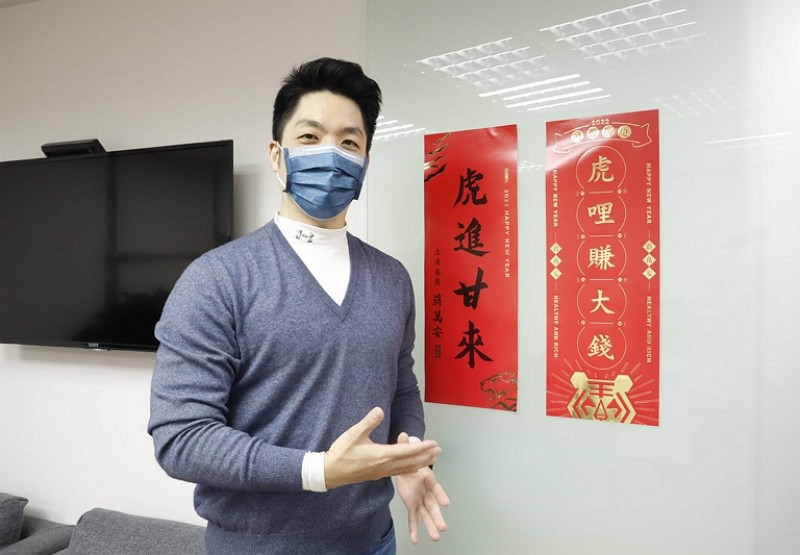 Chiang, the great-grandson of former dictator Chiang Kai-shek (蔣介石), has been busy meeting city councilors and on Tuesday (Jan. 18) held a banquet for a number of political commentators of the pan-blue camp, a move believed to be part of his plan to campaign in the mayoral race in November, according to the Liberty Times.

The alleged KMT hopeful has been actively preparing for the contest by expanding services to areas beyond his electoral district, which encompasses the capital's Zhongshan and Songshan districts, the report said.

The setting up of a site for “mental health” services in Wanhua, the epicenter of Taiwan's local outbreak of COVID-19 last May, has been seen as a maneuver to boost his stature relative to Health Minister Chen Shih-chung (陳時中). Chen has garnered strong support for heading the country’s response to the pandemic and is widely expected to be tapped by the ruling Democratic Progressive Party as its candidate for the mayoral competition.

The report suggests Chiang will kick-start his campaign after the LNY holiday, which ends on Feb. 6. He is expected to name his campaign staff and reveal his intention to address the highly contentious legacy of Chiang Kai-shek and his son Chiang Ching-kuo (蔣經國), who ruled Taiwan for much of the latter half of the 20th century.

Asked about the rumored mayoral bid on Wednesday, Chiang remained equivocal, saying that he was “seeking people’s opinions” about how the capital can better meet post-COVID challenges. He has also dodged questions about possible cooperation with the white-camp, led by incumbent Taipei Mayor and Taiwan People’s Party Chair Ko Wen-je (柯文哲), wrote CNA.