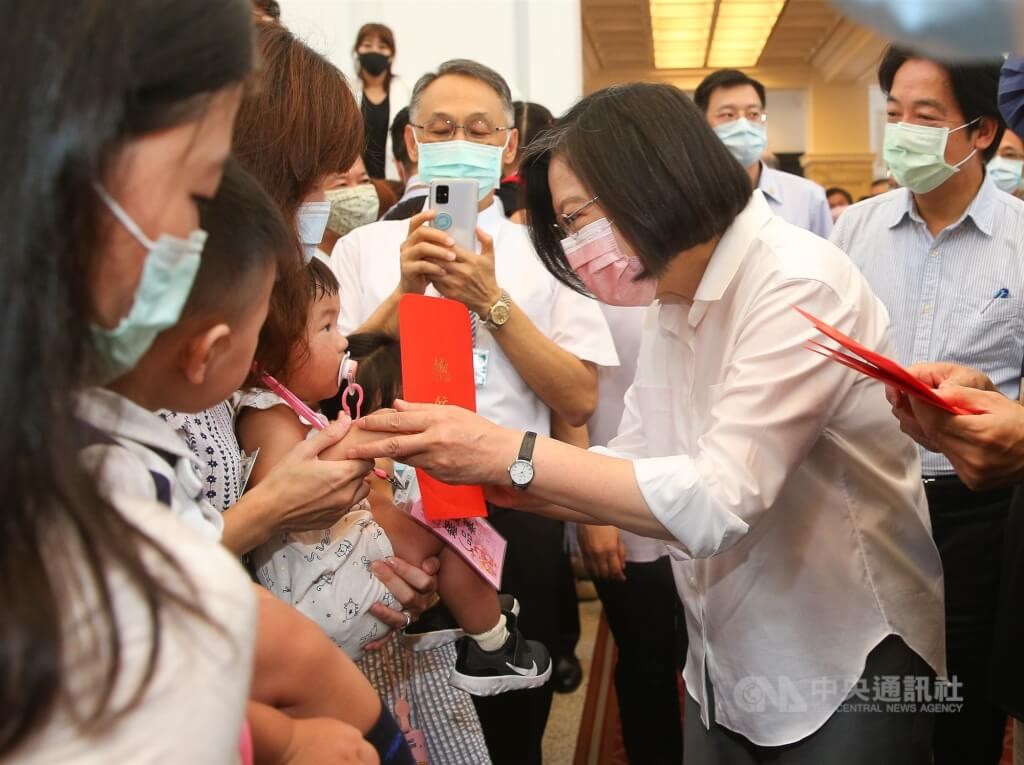 TAIPEI (Taiwan News) — President Tsai Ing-wen (蔡英文) will break a tradition this Lunar New Year and not hand out red envelopes to the public due to the expanding COVID-19 outbreak, the Presidential Office announced Wednesday (Jan. 19).

Previously, hundreds of citizens would line up to receive a red envelope or “lucky bag” containing a coin from the hands of the president during visits to temples. However, a local COVID outbreak centered on Taiwan Taoyuan International Airport has been expanding via a bank and a restaurant in Taoyuan City to other areas, causing concern about the near future.

While red envelopes have been scrapped from the program, the full itinerary for the president’s activities will still be released ahead of the Jan. 29-Feb. 6 Lunar New Year holiday, CNA reported.

On Jan. 29, Tsai will attend the memorial service at Chiayi Air Force Base for the pilot of the F-16V which crashed off the west coast Jan. 11, according to Presidential Office Spokesman Xavier Chang (張惇涵).

Asked whether Vice President Lai Ching-te (賴清德) is going to hand out red envelopes instead of Tsai, Chang said that after returning from the Jan. 27 inauguration of Honduran President Xiomara Castro, Lai will adhere to official rules and spend 14 days in quarantine followed by seven days monitoring his health.