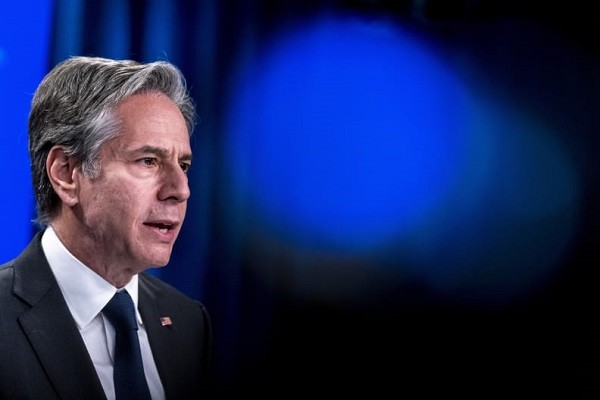 In October, U.S. Secretary of State Antony Blinken issued a press statement that said, "We encourage all UN Member States to join us in supporting Taiwan’s robust, meaningful participation throughout the UN system and in the international community."

Blinken's statement is encouraging, but it is not as good as it sounds. "Meaningful participation" is a euphemism for "unequal participation." The U.S. government supports Taiwan becoming a UN observer, not a member. Observers can attend meetings, but they cannot vote.

Becoming an observer would put Taiwan in a position of inferiority for no good reason, given that a path to full membership is available. Taiwan's most viable route to equal status is for the General Assembly to restore its previous membership by partially or totally repealing Resolution 2758, since China's veto in the Security Council would be unable to block it.

From 1945-1971, Taiwan was a UN member under the name “Republic of China” (ROC), and this continues to be its official name. However, if the Taiwanese want to change the official name of their country to “Taiwan,” there is absolutely no reason why they cannot do this either before or after the repeal of Resolution 2758. Several countries have changed their name and registered it with the UN without it having an effect on their membership. Examples include Swaziland changing its name to Eswatini in 2018 and Ceylon becoming Sri Lanka in 1991.

When Resolution 2758 passed, it gave the ROC’s UN seat to the communist People’s Republic of China (PRC). The PRC alleged that the “state of China” had changed its name from ROC to PRC, but what actually happened is the PRC broke off from the ROC and formed a separate country. After a campaign that lasted for more than two decades, the PRC successfully stole the ROC’s UN seat. The PRC never applied for membership as a new member state, which is what should have happened.

Although the ROC no longer controls the territory it once did, it continues to exist on the island of Taiwan and has undergone a profound democratic transformation, forming a distinct Taiwanese identity as a result.

Practically the entire world now calls the ROC by the name “Taiwan.” Formalizing this near-universal practice is a perfectly reasonable thing to do, and it is likely inevitable. Whether Taiwan reenters the UN using the name “ROC” or “Taiwan” is a matter for the Taiwanese people to decide, and democracies should respect whichever decision they choose.

Short of restoring Taiwan’s full UN membership, it cannot be denied that granting Taiwan observer status would be an improvement from the current state of affairs. Nowadays, Taiwanese can't even stick their feet in the door at the UN. In the words of Taiwan's foreign minister, Joseph Wu:

"Despite being a vibrant democracy and one of the world’s freest nations, Taiwan’s 23.5 million people continue to be excluded from the UN system. Taiwan's passport holders are blocked from entering UN premises, and their journalists are denied accreditation to cover UN meetings. For six decades, Taiwan has been providing assistance to partner countries around the world, yet it remains left outside of the room when the UN meets to discuss the implementation of the UN Sustainable Development Goals (SDGs). This has to change."

Advocating for change in the form of observer status, however, is not a solution that will satisfy anyone with a sense of fairness. Justice demands that Taiwanese be treated with equality, that Taiwan's UN membership be fully restored.

So why are Antony Blinken and the American government not calling for it?

Taiwan clearly meets the four criteria for statehood laid out in Article 1 of the Montevideo Convention, and the U.S. previously recognized Taiwan's statehood. However, because China refuses to establish diplomatic ties with any country that recognizes Taiwan, the U.S., rather than stick to its principles, decided in 1979 to sacrifice its ties with Taiwan and reap the benefits of relations with China.

As a result, the U.S. now avoids taking any official positions that would imply that Taiwan is a country.

The U.S. is willing to support UN observer status for Taiwan because it does not necessarily imply statehood. Most UN observers are not countries — they are intergovernmental organizations such as the European Union and INTERPOL.

Furthermore, becoming an observer does not require a recommendation from the Security Council, which means China cannot use its veto to prevent Taiwan from becoming one.

Readers are free to make up their own minds, but personally, I think promoting observer status for Taiwan is a deeply offensive idea, and I strongly oppose it. China and Taiwan are both states, and both should be recognized. If the Chinese want to be unreasonable, that is their problem, and they should be forced to face the consequences of it.

Speaking as an American citizen, if the U.S. re-recognized Taiwan's statehood and China cut diplomatic ties as a result, I'd be perfectly okay with it. I prefer to live with a clear conscience, and no amount of Chinese money or threats is going to change that.

I unapologetically support full UN membership for Taiwan, and I urge world leaders to do the same.


Lindell Lucy is an American based in Tokyo. He has a B.A. in philosophy from Stanford University and is currently studying international relations at the Harvard Extension School.