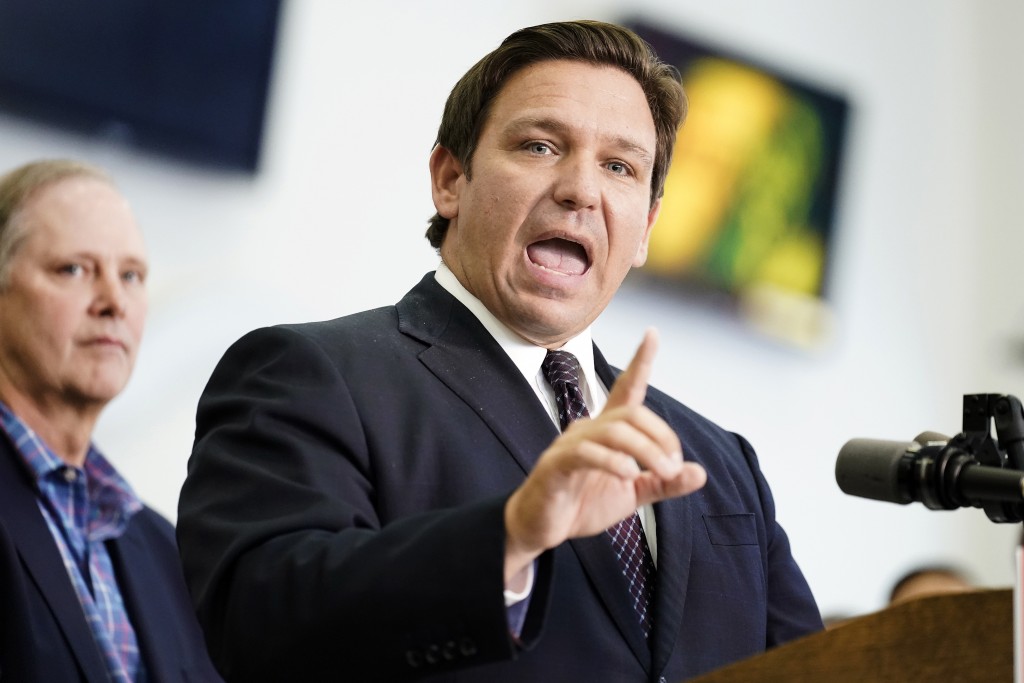 TALLAHASSEE, Fla. (AP) — Florida Gov. Ron DeSantis has submitted a proposal to reshape the state's congressional map and carve up districts held by Black Democrats, as the Republican takes the unusual step of inserting himself into the redistricting process.

The proposed congressional map, submitted Sunday on the eve of Martin Luther King Jr. Day, signaled the governor's priorities as the state moves to redraw political maps in the coming months.

Governors typically do not submit map proposals but can veto district plans after they pass in the statehouse. DeSantis, who is running for reelection and is considered a potential 2024 presidential candidate, has largely shaped the legislative agenda in the Republican-controlled statehouse this year.

DeSantis' general counsel, Ryan Newman, issued a statement saying their office has “legal concerns” with the current maps under consideration at the Legislature.

“We have submitted an alternative proposal, which we can support, that adheres to federal and state requirements and addresses our legal concerns, while working to increase district compactness, minimize county splits where feasible, and protect minority voting populations,” Newman wrote. “Because the Governor must approve any congressional map passed by the Legislature, we wanted to provide our proposal as soon as possible and in a transparent manner.”

In a statement, Lawson called DeSantis' proposal “unprecedented” and said “It is evident that DeSantis is trying to restrict minority representation, specifically African American voters.”

“I am confident that this attempt by the governor to dilute the voting rights of my constituents is in clear violation of the Voting Rights Act and the Constitution,” he said.

State Democrats were quick to criticize the governor's proposed map and suggested it could not pass legal muster as currently drafted.

“From what I can tell, the governor rolled out his own maps, unrequested, on Martin Luther King Day that will probably end up leaving less African-American representation in Congress," Democratic state Rep. Evan Jenne told reporters.

Last week, the Senate Reapportion Committee approved a Senate-led congressional map on a nearly unanimous vote, signaling that both parties agree that it is drawn without benefitting a political party or candidate. That plan now moves to the full Senate for a vote. The House Redistricting Committee still needs to approve its version of the congressional map.

The Florida Supreme Court in 2015 threw out the state's congressional maps, which were drawn by Republicans, in a ruling that said the maps benefitted the party and were drawn with the help of state Republican party consultants.