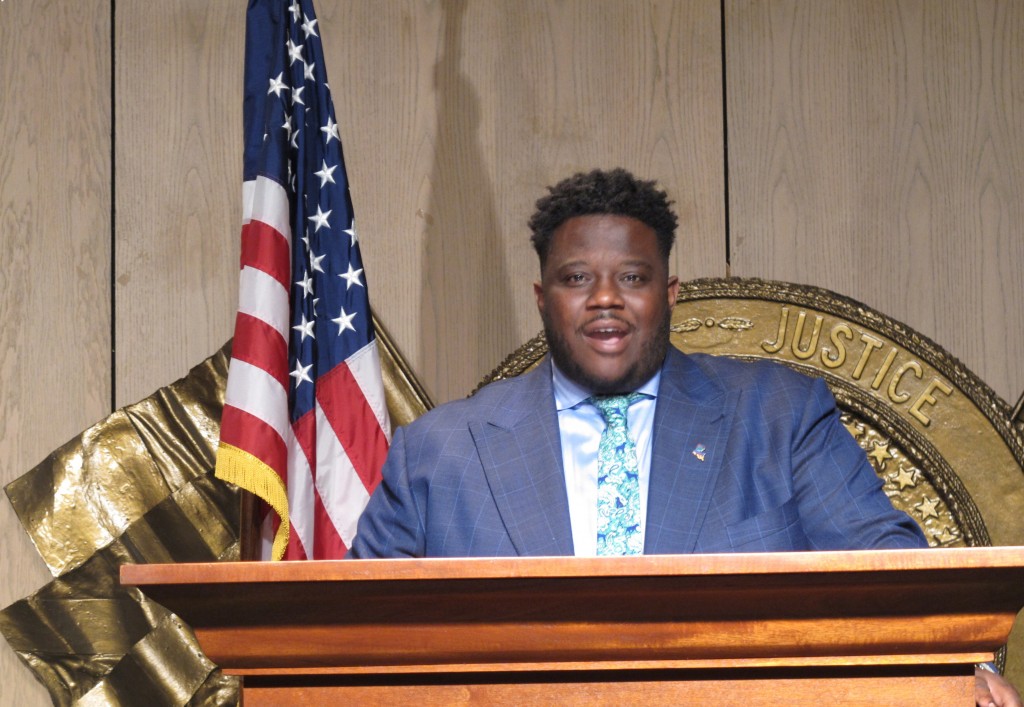 NEW ORLEANS (AP) — A political newcomer in Louisiana whose adept use of social media drew notice when he finished strong in a U.S. House race last year has posted an online video ad certain to draw more attention and, perhaps, campaign donations — it shows him smoking marijuana while decrying racial disparities in arrests for the drug.

In his first campaign ad since he announced he would run for the seat held by first-term Republican Sen. John Kennedy, Gary Chambers is seen dressed in a suit, sitting in a tufted wingback chair in an open field and puffing away on a marijuana blunt. In a voiceover, he cites statistics about the number of people and the amount of money spent enforcing marijuana laws. Chambers, who is Black, says Black people are four times as likely as white people to be arrested for marijuana violations.

“Most of the people police are arresting aren't dealers, but rather people with small amounts of pot,” Chambers adds. “Just like me.”

Chambers, a Democrat, announced his candidacy last week. He was a little-known community activist in Baton Rouge until last fall. He ran to replace then-U.S. Rep. Cedric Richmond of New Orleans, who left his 2nd District seat to join the Biden administration. With a campaign making use of social media, and with less money than his opponents, Chambers had a strong third-place showing, barely missing a runoff that was eventually won by Democrat Troy Carter of New Orleans.

On Twitter, Chambers invites followers to repost the ad and donate to his campaign.

In an interview, Chambers said he doesn't expect the ad to define his campaign, which includes support for President Joe Biden's legislative agenda, and extending Medicare coverage to everyone. But he added that the issue of marijuana legalization is important. He said California, Colorado and other states that have legalized recreational marijuana use are benefitting from the commerce and tax revenue, while Louisiana is among states where marijuana use can lead to jail.

“It’s an inequitable way of doing governance in this country. And we need to address it at every level we can,” Chambers said.

Chambers declined to discuss details of his personal marijuana use, saying, “If I lived in California, we'd have a different conversation.” His ad was recorded in New Orleans, where the City Council last year took steps to eliminate penalties for possession of small amounts of marijuana.

Chambers and fellow Democrat Luke Mixon face a major challenge in trying to unseat Kennedy, who has nearly $10 million in campaign cash on hand and is running in a state that reliably sends Republicans to the Senate. Federal Election Commission reports showed Chambers with about $170 on hand after spending about $400,000 in the House race. Mixon has not yet reported finance data.

Randy Jones, a communications consultant for Chambers, said is meant to show the candidate honestly espousing his opinions about the drug.

“I’m very familiar with the idea of the public official that you’d like to drink a beer with and frankly, in 2022, they’re not that different,” Jones added.