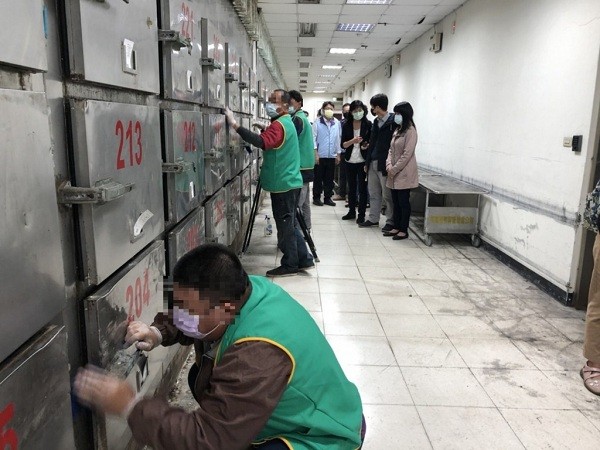 Because they had committed their crimes in Kaohsiung, they were ordered to carry out their special punishments in the southern city as well.

Following public outrage over one death and three injuries caused by repeat DUI offender Huang Tzu-yang (黃子洋), when he plowed his car into a family in Kaohsiung on Dec. 26, the city government immediately discussed with prosecutors how to better handle convicted DUI offenders and defendants who received deferred prosecution.

They decided to send them to the city morgue for community service.

The DUI offenders sent to the morgue on Tuesday were assigned to different areas, including the casketing room, cold chamber, and crematorium, according to the office’s press release.

Kaohsiung Civil Affairs Bureau Secretary-General Lin Wen-chi (林文祺) said this is the first time convicted drunk drivers have been assigned to do community service at a morgue. The rationale for such an initiative is to make the offenders realize how precious life is and feel the pain of the bereaved family, Lin added.

According to Lin, the offenders did not see or contact any remains on Tuesday, out of respect for the grieving families, but they could be allowed to do so in the future.