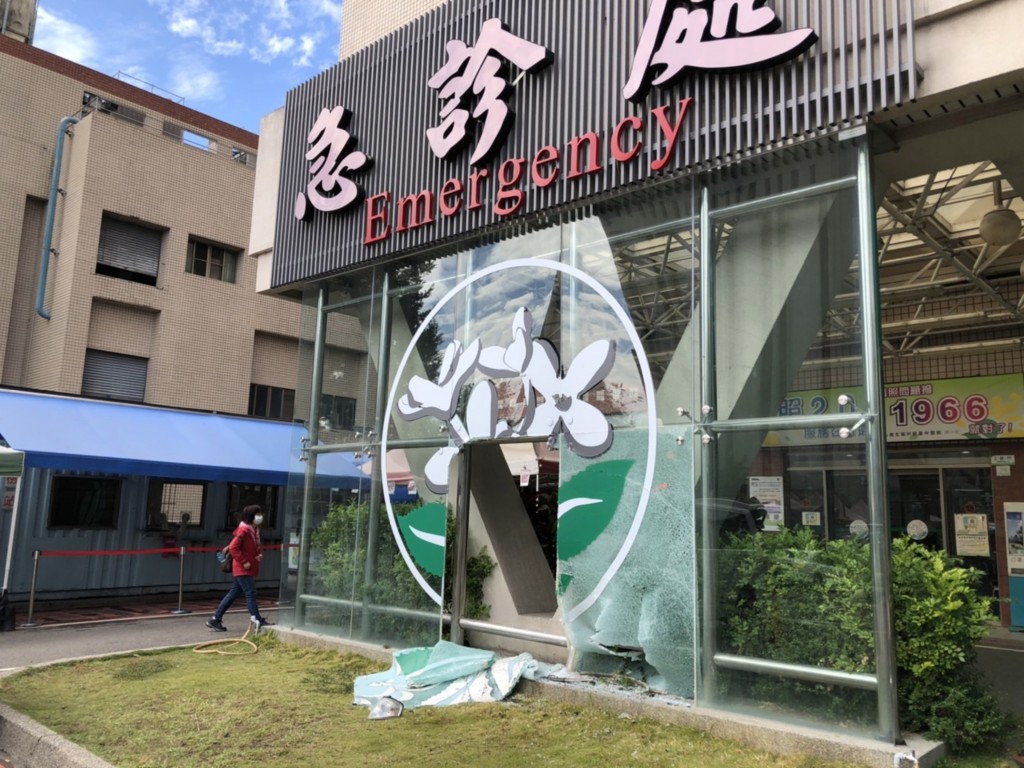 TAIPEI (Taiwan News) — A 79-year-old man surnamed Liao (廖) drove his car into the facade of Taichung Hospital, the Ministry of Health and Welfare on Tuesday (Jan. 18).

Liao was driving his wife to the hospital and had just arrived at the emergency room when the accident occurred, UDN reported. After his wife got out of the car, Liao claimed that he experienced sudden "discomfort" and accidentally stepped on the accelerator.

The impact damaged the front of the car and shattered glass panels of the facade. Liao suffered light injuries but remained conscious, and a test administered on him by police did not reveal any traces of alcohol.

The police contacted Liao’s daughter for assistance. Liao’s car was later towed from the scene.

Liao and the hospital are to negotiate details related to compensation in private, UDN reported. Liao received a check-up at a hospital, and the police are still investigating the exact cause of the accident.

The police urged the public to avoid driving or parking in a safe spot while experiencing discomfort or drowsiness.