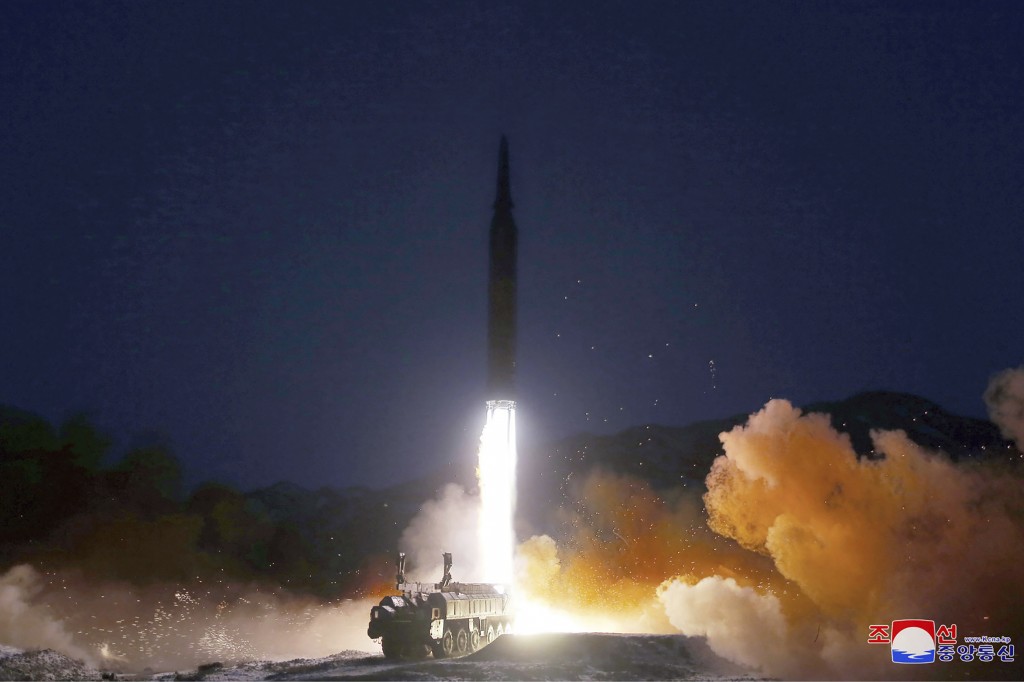 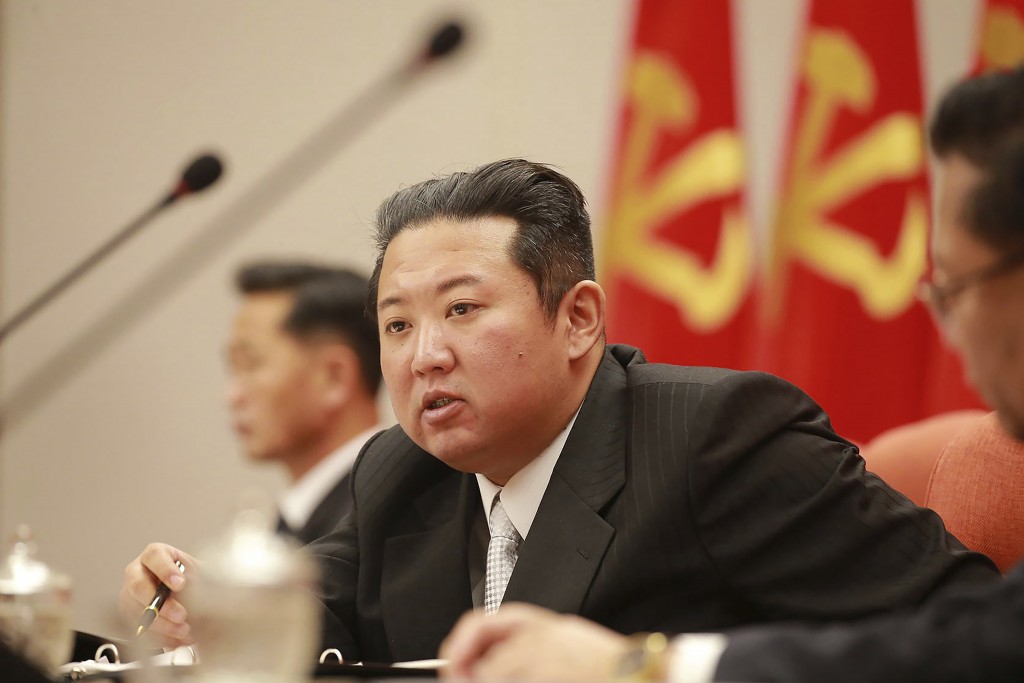 SEOUL, South Korea (AP) — Grappling with pandemic difficulties and U.S.-led sanctions over his nuclear ambitions, North Korean leader Kim Jong Un could be reviving his 2017 playbook of nuclear and missile brinkmanship to wrest concessions from Washington and his neighbors.

North Korea’s short-range missile launches on Monday were its fourth round of missile tests this month and signaled a refusal to be ignored by the Biden administration, which has focused more on confronting bigger adversaries such as China and Russia.

The tests could also reflect a growing urgency in its need for outside relief after its economy decayed further under the severe sanctions and two years of pandemic border closures, experts say.

The two missiles launched Monday near the capital, Pyongyang, followed a resumption of railroad freight traffic with China that had been suspended over pandemic concerns, in what is likely an attempt to revive the desperate economy.

Chinese Foreign Ministry spokesperson Zhao Lijian said Monday that trade between Dandong in China and Sinuiju in North Korea will be maintained while pandemic controls stay in place.

While North Korea is likely to continue showcasing its weapons in the coming weeks, it could keep things relatively quiet before the opening of the February Winter Olympics in China, its main ally and economic lifeline, launching known short-range missiles rather than more provocative systems.

But it could dramatically raise the ante once the Beijing Games end. Du Hyeogn Cha, an analyst at Seoul’s Asan Institute for Policy Studies, said Kim could resume testing nuclear explosives and intercontinental ballistic missiles.

Kim suspended nuclear and ICBM tests in 2018 while engaging in talks with former U.S. President Donald Trump. But the diplomacy remains derailed since their second summit in 2019, when the Americans rejected North Korea’s demand for major sanctions relief in exchange for a partial surrender of its nuclear capabilities.

North Korea in recent months has ramped up tests of short-range missiles designed to defeat missile defenses in the region.

Its leaders may think it needs to stage more provocative tests to move the needle with the Biden administration, which has offered open-ended talks but has shown no willingness to ease sanctions unless Kim takes real steps to abandon his nuclear weapons program.

It’s unclear whether nuclear or ICBM tests would extract a compromise from Washington, which is more likely to respond with further sanctions and military pressure, possibly including a resumption of major military drills with South Korea, Cha said.

Nam Sung-wook, a North Korea expert at Seoul’s Korea University, said a nuclear test is more likely than an ICBM test because it would send a greater level of shock. The North may use that test to claim it has acquired an ability to produce a nuclear warhead small enough to fit on its purported hypersonic missile, which it first tested in September.

“In Pyongyang’s mind, there is no other way to grab Washington’s attention than a major provocation,” Nam said.

However, the frequency of tests since then exceeds usual technological timelines and apparently reflects Kim’s desire to break out of the country’s current deepening economic problems and international isolation — what appears to be the toughest period of his decade-long rule.

“Externally, North Korea is trying to make a statement that it will continue to go its own way regardless of sanctions. Internally, the leadership is trying to tell its people that the supreme leader’s promises will be realized no matter what, whether they be weapons development or overcoming sanctions through a self-reliant economy,” Cha said.

“But they are proceeding with the tests at a very fast pace, and this reveals a sense of alarm within Pyongyang’s leadership, that they must get something done with the United States in 2022 or there could be trouble.”

According to South Korean estimates, North Korea’s trade with China shrank by about 80% in 2020 before plunging again by two-thirds in the first nine months of 2021. The contraction in 2020 was the biggest since 1997 as grain production dropped to the lowest level since Kim took power in 2011.

Describing its anti-coronavirus campaign as a matter of “national existence,” North Korea has severely restricted cross-border traffic and trade for the past two years and is even believed to have ordered troops to shoot on sight any trespassers who cross its borders.

Experts say a major COVID-19 outbreak would have devastating consequences because of North Korea’s poor health care system, and could even trigger instability.

Its resumption of the train route with China indicates how hard it has become for its leadership to withstand the economic strain caused by border closures, said Park Won Gon, a professor of North Korea studies at Seoul’s Ewha Womans University.

For decades, North Korea has mastered the art of brinkmanship, manufacturing diplomatic crises with weapons tests and threats before offering negotiations aimed at extracting concessions. Kim sped up the process in 2017 with a highly provocative run of nuclear and ICBM tests while exchanging threats of nuclear annihilation with Trump before beginning their diplomacy in 2018.

North Korea began 2022 with what it claimed were two successful tests of a hypersonic missile, which Kim said would significantly enhance his “war deterrent.” After the Biden administration imposed new sanctions over those launches, North Korea vowed stronger and more explicit action and fired two missiles from a train on Friday.

State media photos of Monday’s launch suggest the North tested a weapon that looks similar in appearance with the U.S. MGM-140 Army Tactical Missile System. The missiles, which North Korea first tested in 2019, are part of the country's expanding short-range weaponry designed to be maneuverable and fly at low altitudes, which potentially improves their chances of evading missile defense systems in South Korea and Japan.

Park said North Korea’s push to develop and mass-produce such missiles is a key part of its efforts to cement its status as a nuclear power. Its pressure campaign is not only aimed at winning economic benefits but also to negotiate with Washington from a position of power and convert the nuclear diplomacy into talks for mutual arms reduction, he said.

Kim Tong-hyung has covered the Koreas for The Associated Press since 2014.