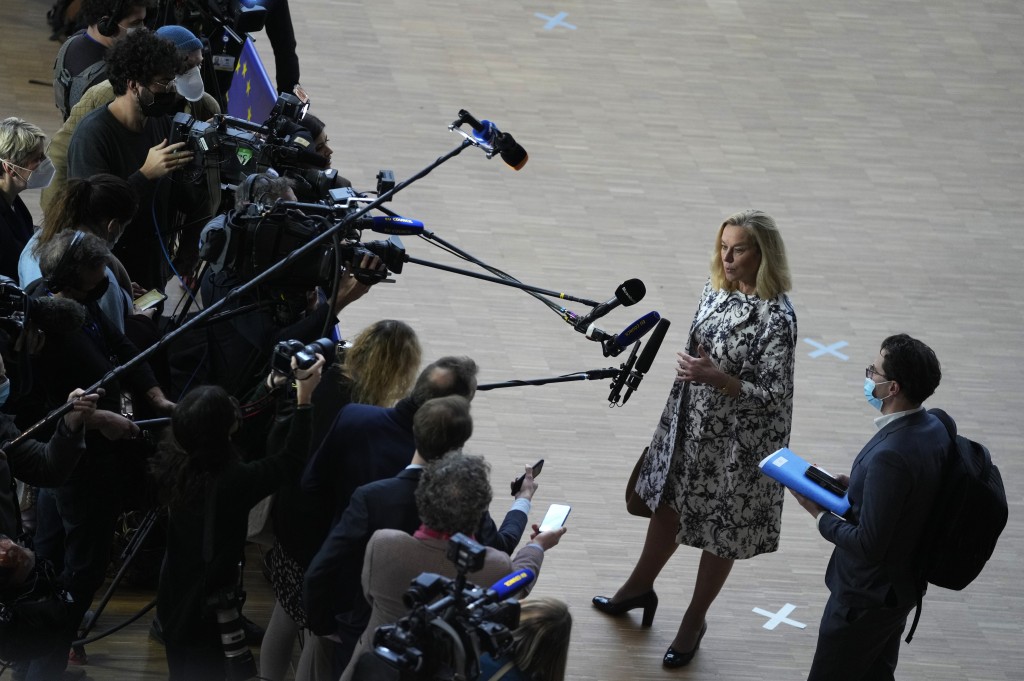 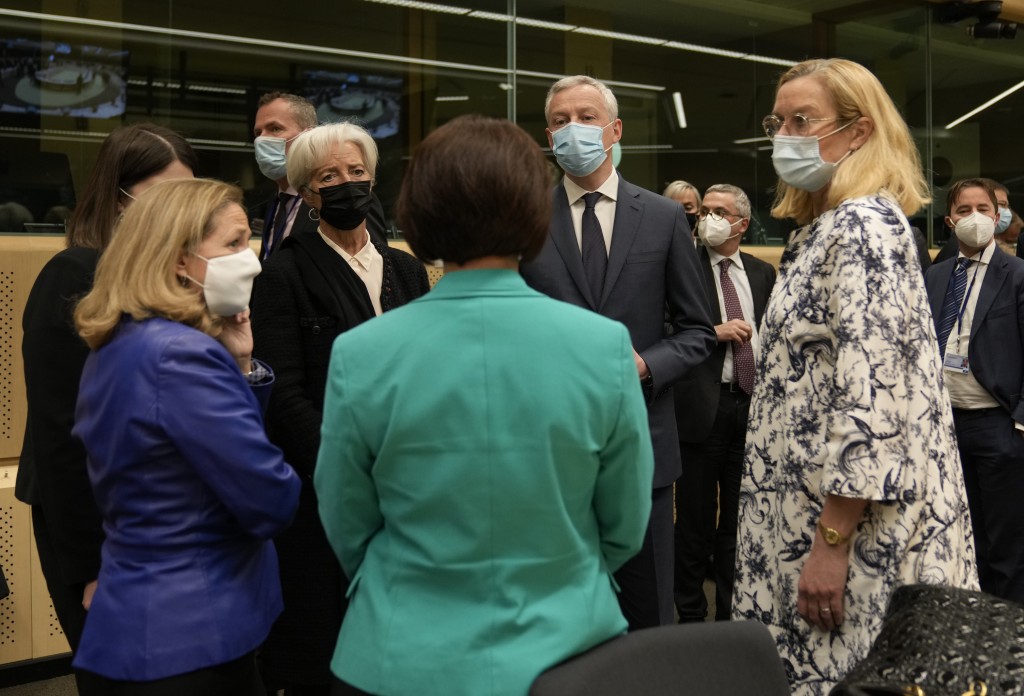 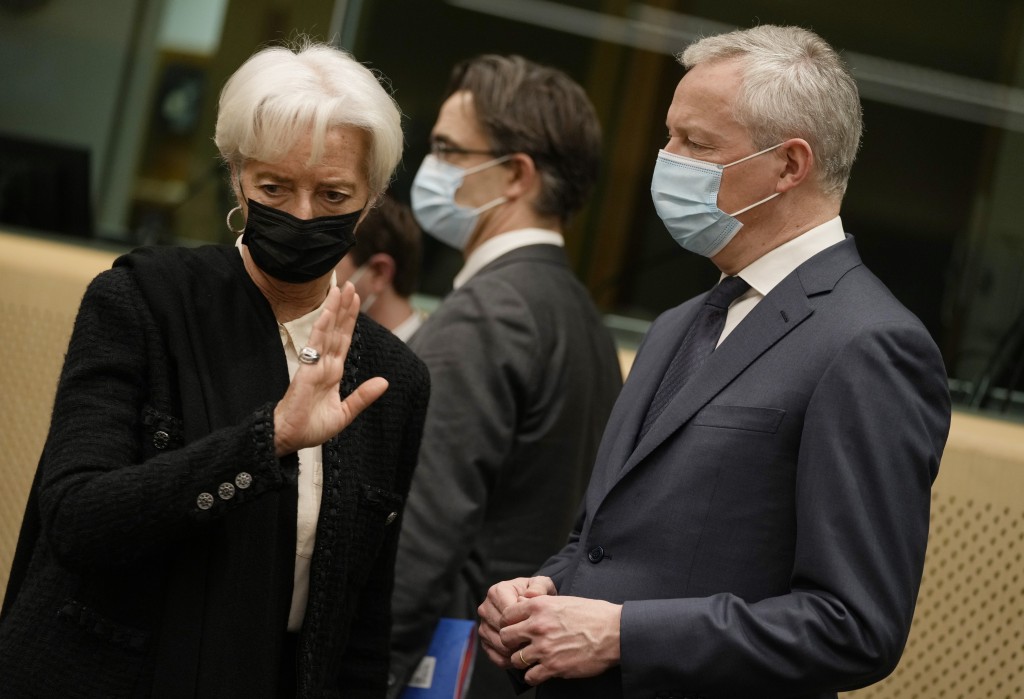 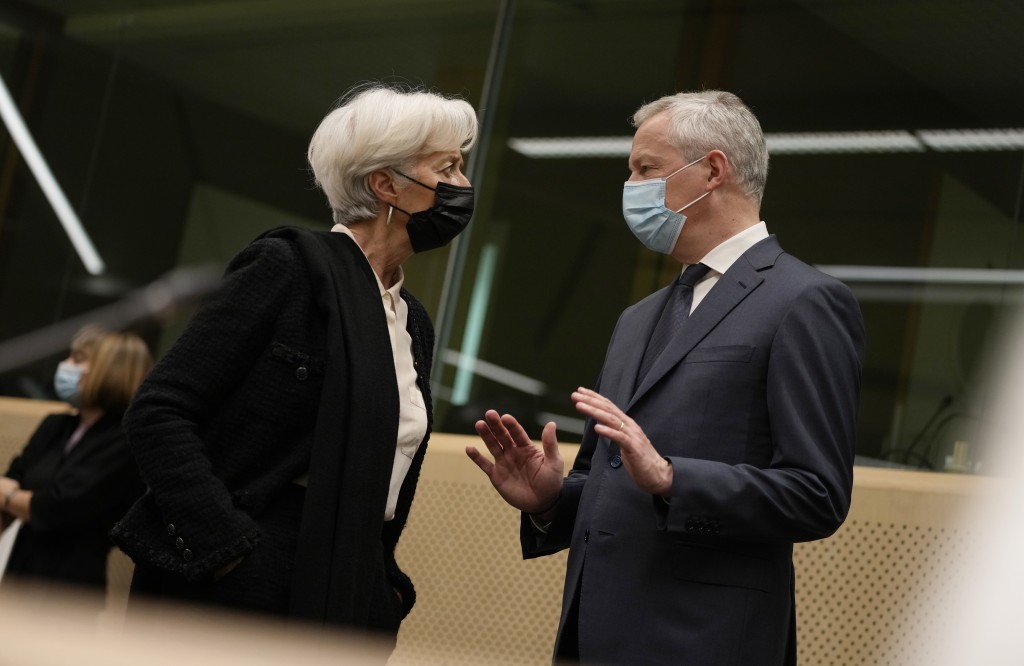 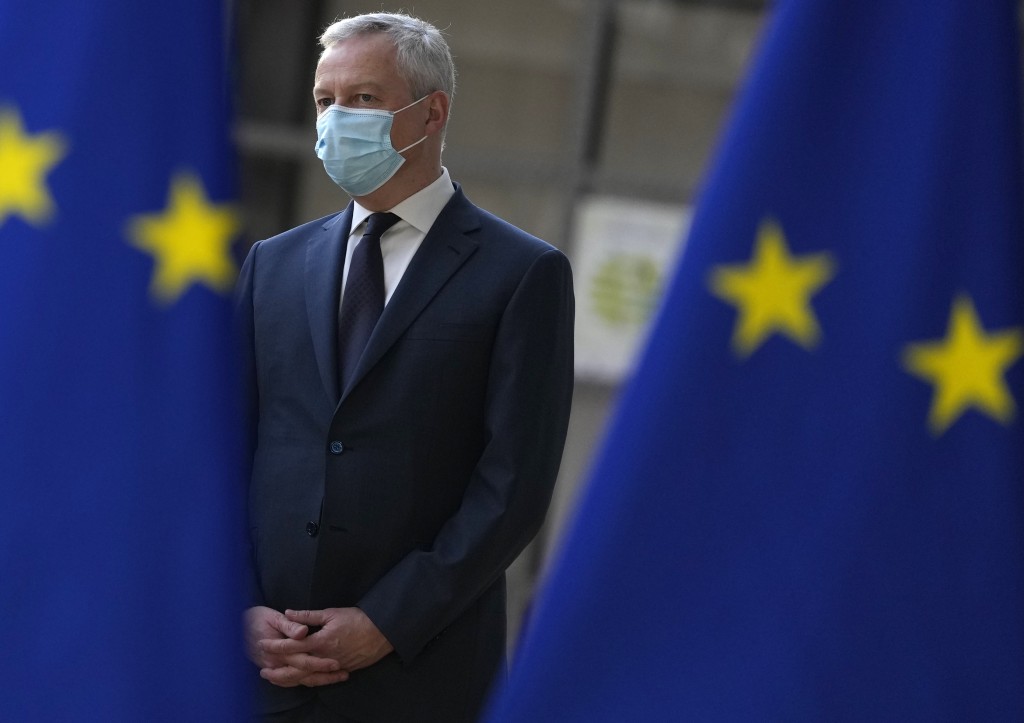 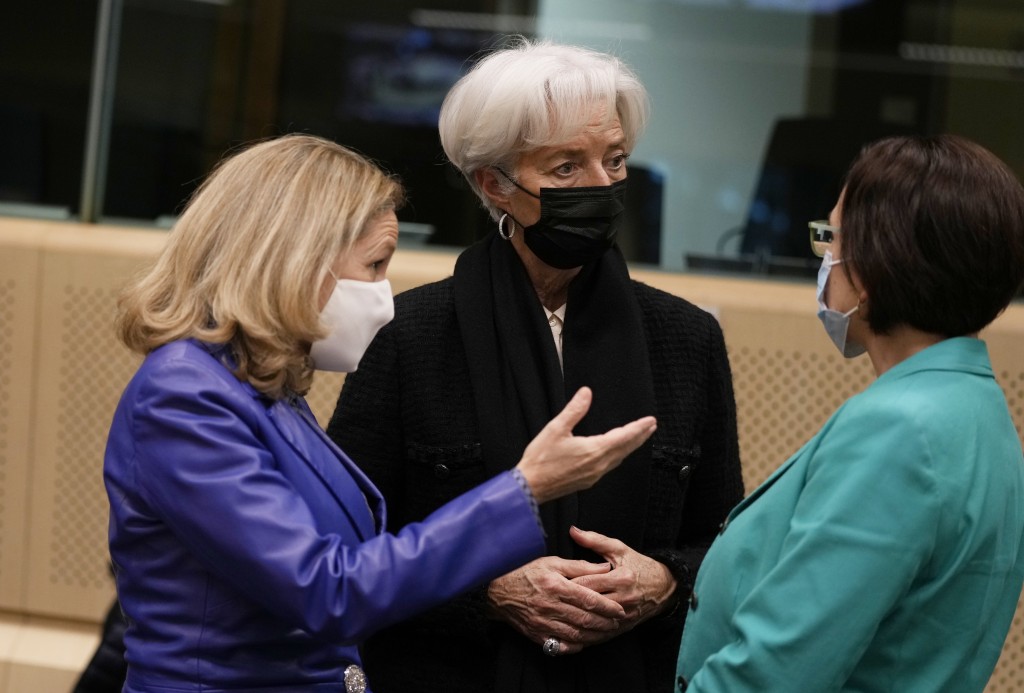 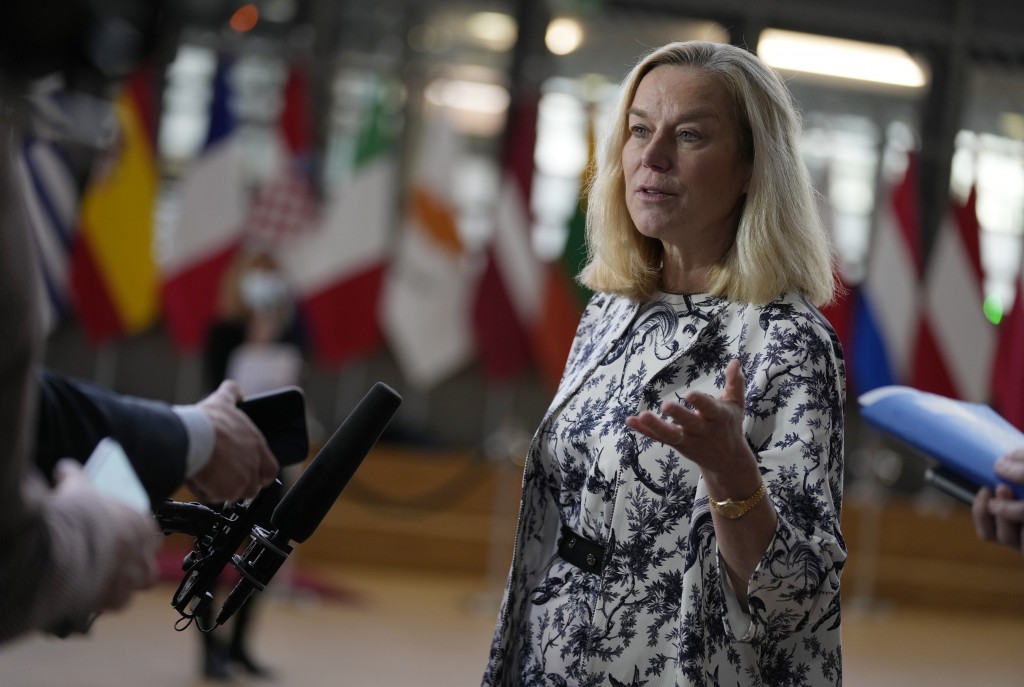 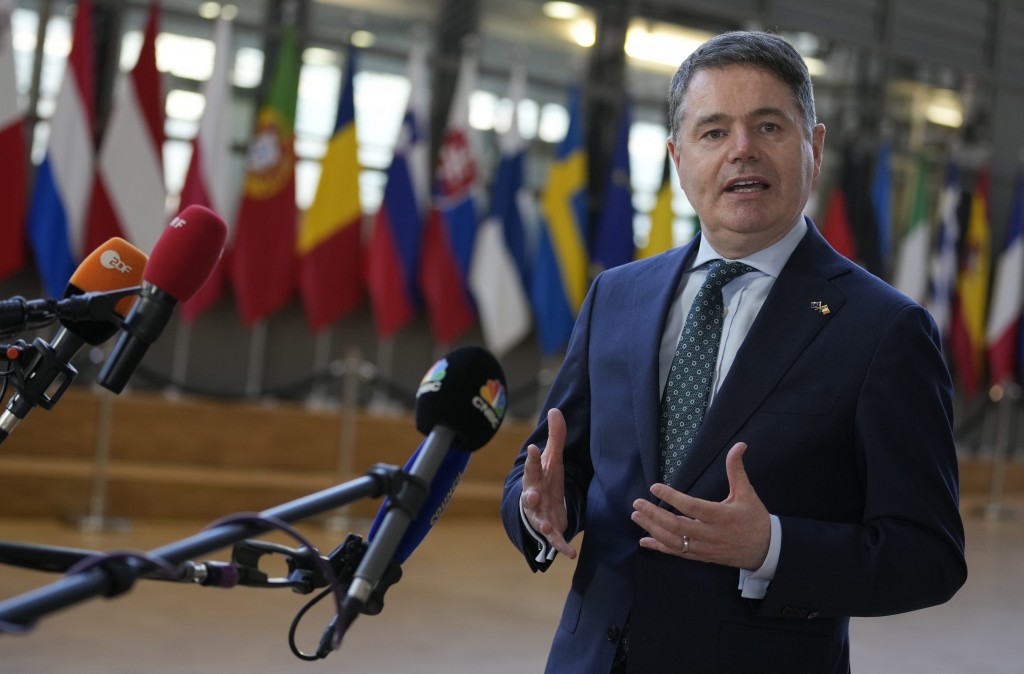 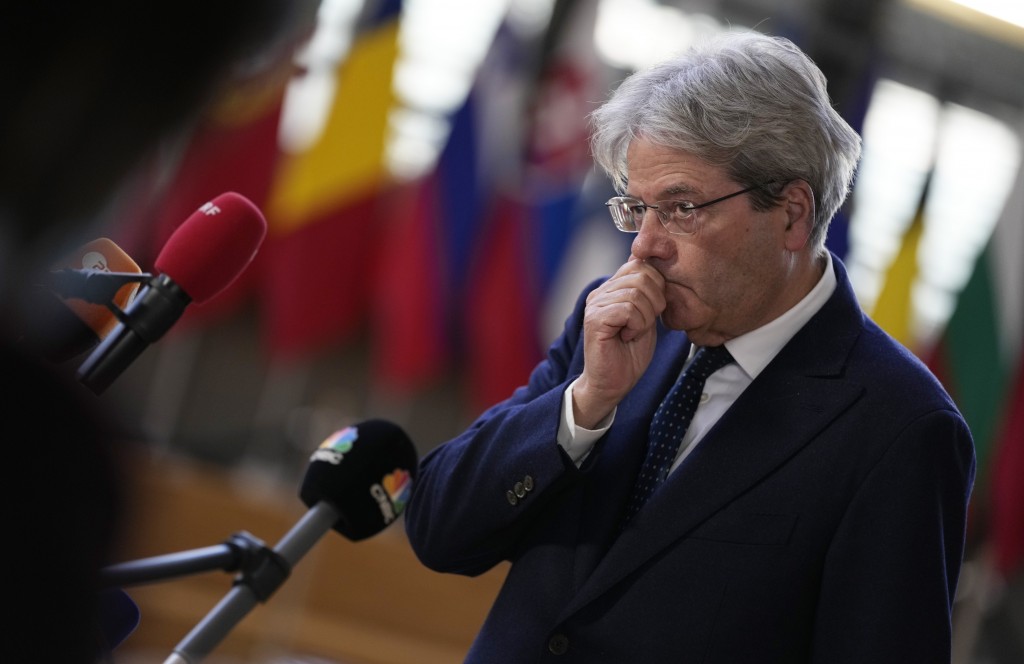 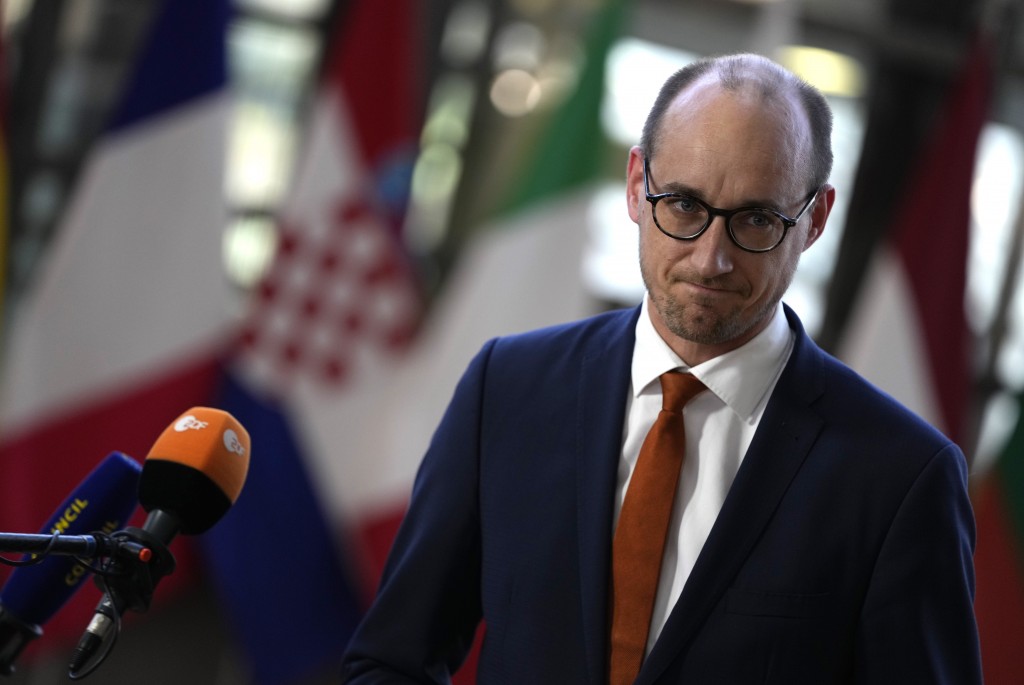 Finance ministers from the 19 nations that share the euro currency pledged continued budgetary stimulus for the European economy amid headwinds caused by the highly transmissible omicron variant. At the same time, they sought to reassure voters by vowing vigilance over sharp price rises.

“Am I concerned about inflation? Obviously so,″ Dutch Finance Minister Sigrid Kaag told reporters in Brussels where she attended a meeting with her euro zone counterparts. “The purchasing power of the individual citizens will be affected.”

The euro zone faces a slowdown in economic growth this year after a solid recovery in 2021 from a severe coronavirus-induced recession two years ago. But surging inflation, which reached a record 5% in December and is tied to an energy-market squeeze, has complicated the picture — for both policymakers and voters.

Ioanna Orfanou, a small producer of olives and pomegranates along Greece's eastern coast, said the prices that she pays for fertilizer and insecticides jumped to alarmingly high levels in the second half of last year.

“This trend is very worrying,” Orfanou told The Associated Press. “It gets harder for small farmers to stay in business because we have limited room to pass on the cost increases to average consumers.”

The Frankfurt-based ECB has offered support in two key ways: maintaining its interest rates at zero or less and helping to keep other market borrowing costs low by purchasing hundreds of billions of euros of assets in financial markets.

Daniel Gros, a board member of the CEPS think tank in Brussels, said the ECB should now act in a nuanced way by ending the pandemic-induced asset buying while holding its interest rates at the current ultra-low levels.

“The economic emergency caused by the coronavirus is over and there is a danger, albeit probably a small one, of euro-area inflation staying too high for longer,” Gros said by phone.

The euro region’s gross domestic product is projected by the European Commission to expand 4.3% in 2022 after an estimated 5% growth last year and a 6.4% contraction in 2020.

Still, the predicted growth is higher than projections of a maximum 4% GDP expansion this year in the U.S., where the central bank has warned about the economic threats of inflation and signaled an imminent tightening of monetary policy.

By contrast, ECB officials, including President Christine Lagarde, have indicated they are in no rush to raise interest rates, arguing that euro-area inflation will fall back to the bank’s 2% target in due course.

The Commission, the European Union’s executive arm, has predicted a further slowing of euro-area economic growth in 2023 to 2.4%.

°We continue to be very much aware of the risks and challenges that lie ahead,” Irish Finance Minister Paschal Donohoe, who chairs the euro zone finance ministers' group, said at a press conference after Monday’s gathering.

While the growth outlook is weaker, national governments in Europe are pressing ahead with plans to spend hundreds of billions of euros in unprecedented EU funds raised to help overcome the pandemic-induced slump.

In parallel, some countries including France are pushing for looser EU limits on national debt to allow greater room for growth-boosting public investments. This will require concessions from Germany, a traditional defender of budget austerity.

In this context, employment trends in Europe could play a key role for policymakers in the coming months because a tighter labor market can lead to wage increases and, by extension, stronger inflation.

So far, the EU Commission has cited persistent slack in European labor markets and predicted the euro-area jobless rate will fall to 7.5% in 2022 from 7.9% in each of the previous two years.

But Greek farmer Orfanou offered a potential warning on this front, saying she has faced demands from seasonal workers for higher pay.

“They cited the rising inflation and took advantage of a sudden shortage in the supply of such workers in Greece,” Orfanou said.