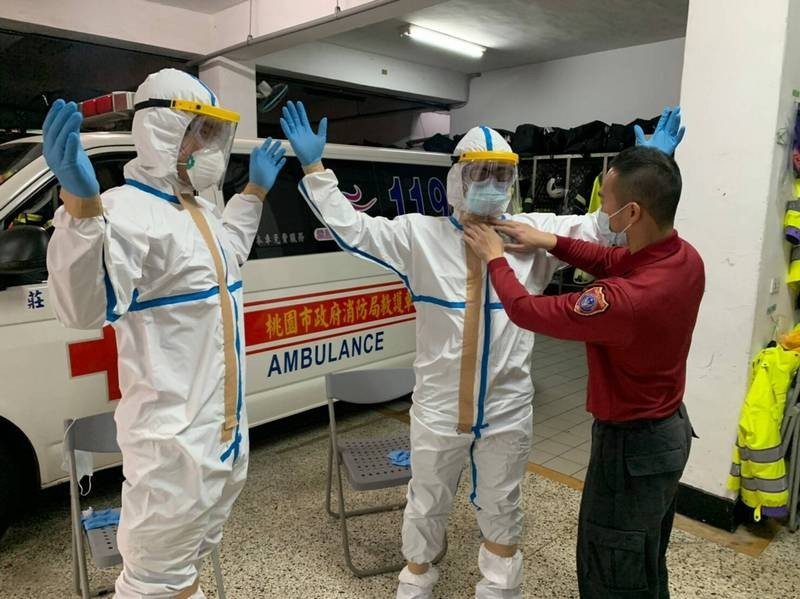 CECC head Chen Shih-chung (陳時中) said that among the 17 local COVID cases announced that day was a man who had been in a car accident. Chen said that a man surnamed Chiang (江) in his 40s had been admitted to a hospital in Taoyuan City for treatment for a car accident and was diagnosed with COVID after being screened at the hospital's testing station.

Chiang, who is the manager of a scooter repair shop, was involved in a traffic accident on Huanxi Road, Section 2, and was taken by ambulance to Ten-Chan General Hospital at 10:46 p.m. on Jan. 15. As his injuries required hospitalization, he was tested for the virus and the result came back positive for COVID at 4:45 a.m. on Jan. 16.

Chen said that although the Ct value of case No. 17,970 was high at 32 and the viral load was low, he was negative for N antibodies. Chen said that a re-examination of the sample is necessary to confirm whether it was a false positive or not and then clarify whether it is an old case.

The man is asymptomatic and has received two doses of the Pfizer-BioNTech (BNT) vaccine. The health department has identified 29 contacts in his case, including two firefighters and four police officers who came in contact with Chiang at the scene of the accident.