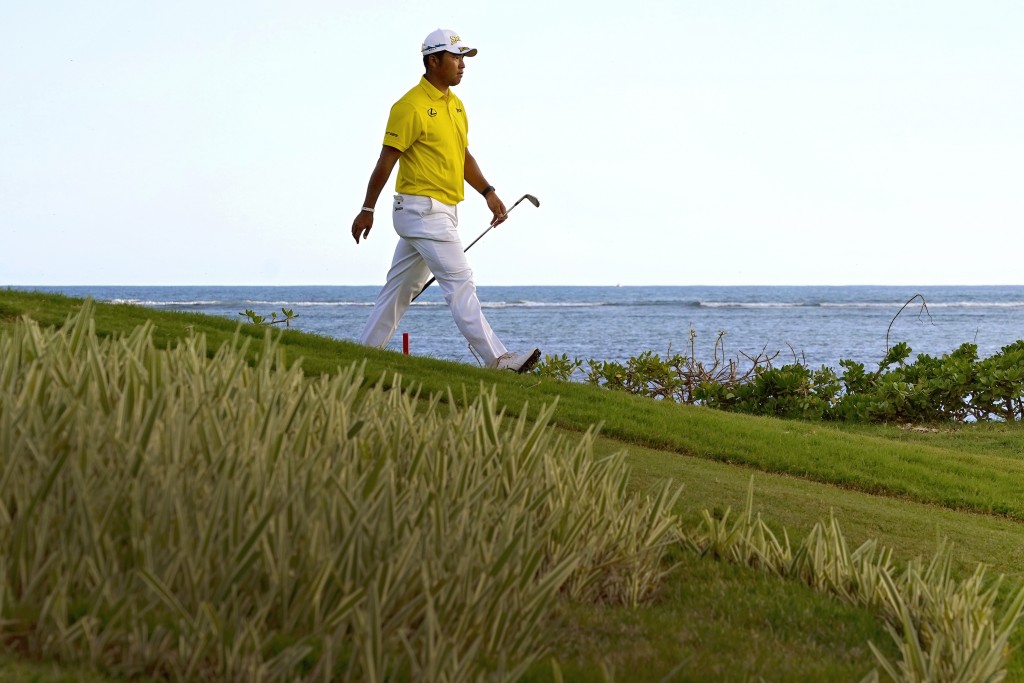 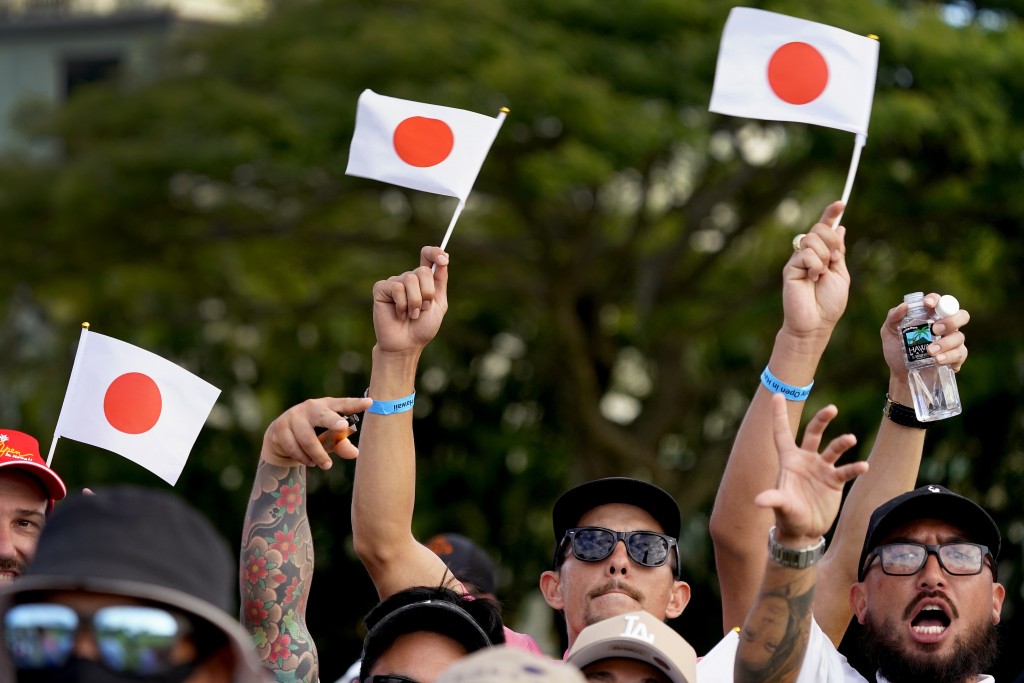 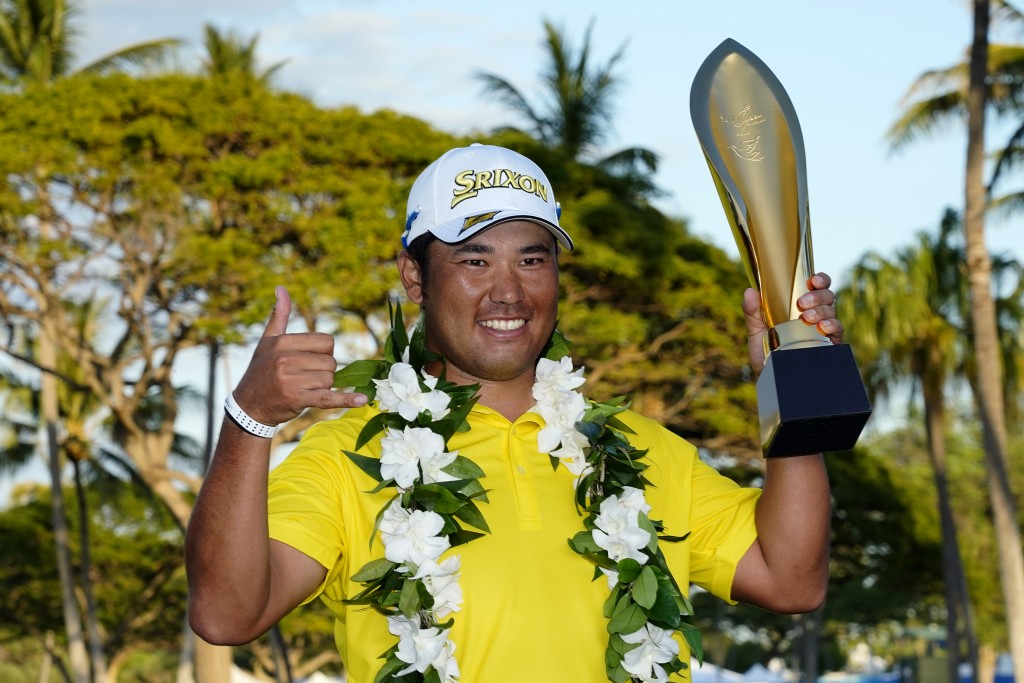 HONOLULU (AP) — Not long after Hideki Matsuyama delivered the best shot he never saw to cap off his improbable comeback in the Sony Open, his phone buzzed with a text from Shigeki Maruyama to remind him of a conversation long ago.

Maruyama, a three-time PGA Tour winner who once went 5-0 in the Presidents Cup, always talked to his protégé about becoming the most prolific PGA Tour winner of all Asian players.

“That was always the goal,” Matsuyama said through his interpreter, the winner's lei still draped around his neck.

His playoff victory Sunday afternoon over Russell Henley was the eighth of his career, tying him with K.J. Choi of South Korea.

One more to go. Matsuyama smiled when he heard that, no translation necessary.

The 29-year-old Japanese star has put together an impressive collection of titles in his eight years on the PGA Tour. That starts with his Masters green jacket he won in April. Add a pair of World Golf Championships and victories against strong fields in the Phoenix Open (twice), the Memorial and the Zozo Championship outside of Tokyo.

What made the record-tying win at Waialae so impressive was how he rallied from a five-shot deficit with nine holes to play on a course that's suited to low scoring.

Henley looked like a winner all the way. He capped off the front nine by making a 10-foot par putt to stay one shot ahead, three straight birdies and then a 4-iron to 3 feet for eagle. His lead suddenly was five shots after Matsuyama failed to birdie the par-5 ninth with a three-putt.

“Russell was playing so beautifully the front nine. But at the turn I was thinking, ‘He can’t keep this up, can he?'" Matsuyama said. “I was five back, but I just put my head down.”

Indeed, Henley didn't keep up his pace. He didn't make a birdie the rest of the day, and there was a pivotal two-shot swing on the par-3 11th, when Matsuyama holed a 12-foot birdie putt and Henley went left into a bunker and made bogey.

His lead was down to two shots, and Matsuyama inched closer with another 20-foot birdie putt on the 15th that led to the big finish.

Matsuyama figured he would need eagle on the par-5 18th hole, so he teed up his ball all the way to the right and a few feet behind the marker for the best angle to launch what turned out to be the longest drive of the day.

He swung with such force it looked like he nearly came out of his shoes. Matsuyama laughed when asked if he had to tie his shoes extra tight beforehand.

“That's probably the first swing of its type that I've had on the PGA Tour, until now,” he said.

He had to settle for birdie and a 7-under 63 — his 13th consecutive round in the 60s — and that was enough to force a playoff when Henley's 10-foot birdie putt for the win grazed the right side of the cup.

“I’m really still scratching my head on how I missed that,” Henley said. “It was really close to going in. I was close to getting a win. So tough to swallow, but Hideki played great all day and happy for him.”

Matsuyama saved his best for the end.

Henley went first on the 18th and hit into the fairway bunker for the second time, leaving him no chance of reaching the green in two. Matsuyama switched to a 3-wood off the tee and had 276 yards to the flag, a perfect number for a high, cut 3-wood.

He made contact and looked directly into the setting sun, holding up his hand to block the light and then turning away.

“To be honest, I didn't even see it,” Matsuyama said. “But everybody started cheering, and I knew it was good.”

The big roar came from one of the largest galleries for the Sony Open, and it was clear whom they came to see. “Sugoi!” they they kept cheering — Japanese for great — as Matsuyama made each of his seven birdies, and especially the eagle in the playoff.

His last win also ended with an eagle at the Zozo Championship, which he won by five shots. That win was special because Japanese fans finally were able to celebrate their biggest golf star. Matsuyama had to quarantine for 14 days when he returned home from winning the Masters in April because of the pandemic. When he came back for the Tokyo Olympics, no fans were allowed on the golf course.

He got another dose of celebrity in Honolulu when the fans spilled onto the 18th fairway and surrounded the green in regulation. It was similar, though not nearly as many people, as the scene at the Tour Championship in 2018 when Tiger Woods won.

And then came the shot everyone at Waialae will remember. That included Keita Nakajima, the No. 1 amateur in the world, a junior in college in Japan who now has made the cut in both his PGA Tour starts.

Nakajima stayed behind to watch his golf hero, and he was so wide-eyed when he saw it the ball land near the hole that he rubbed his arm as if he had goosebumps. That's why Nakajima referred to Matsuyama earlier in the week as “a superstar in Japan.”

Now, he's at the top of the list of Asian-born players winning on the PGA Tour, looking as though many more trophies will follow.