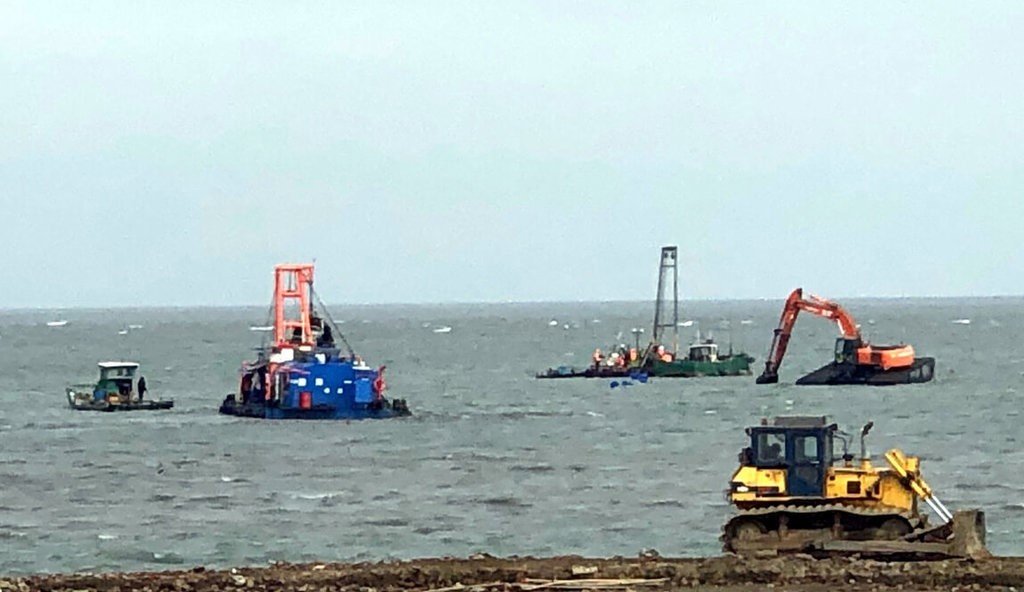 TAIPEI (Taiwan News) — A private company commissioned by the military is now looking for the downed F-16V’s flight data recorder as salvage operations at the crash site continue.

The Fourth Wing of the Chiayi Air Force Base on Monday (Jan. 17) issued a statement saying an additional sand dredging boat and amphibious excavators were dispatched to the site to speed up the process, Liberty Times reported.

Deputy General Manager of Honghua Construction Company’s public works, Liu En-hao (劉恩昊), who is assisting in the salvage operation, said the company expects to be finished before Jan. 21. Any remnants of the fighter jet are carefully packaged by on-site personnel and sent to the military.

If some parts are too large, they will be carried by the excavators and transported to shore before being handed over to the military, he said.

Liu added that he hoped by dredging sand for 24 hours, the aircraft’s cockpit, flight data recorder, and other wreckage could be found. He said that because his company had signed a non-disclosure agreement with the military, he was unable to disclose whether there had been any new developments.