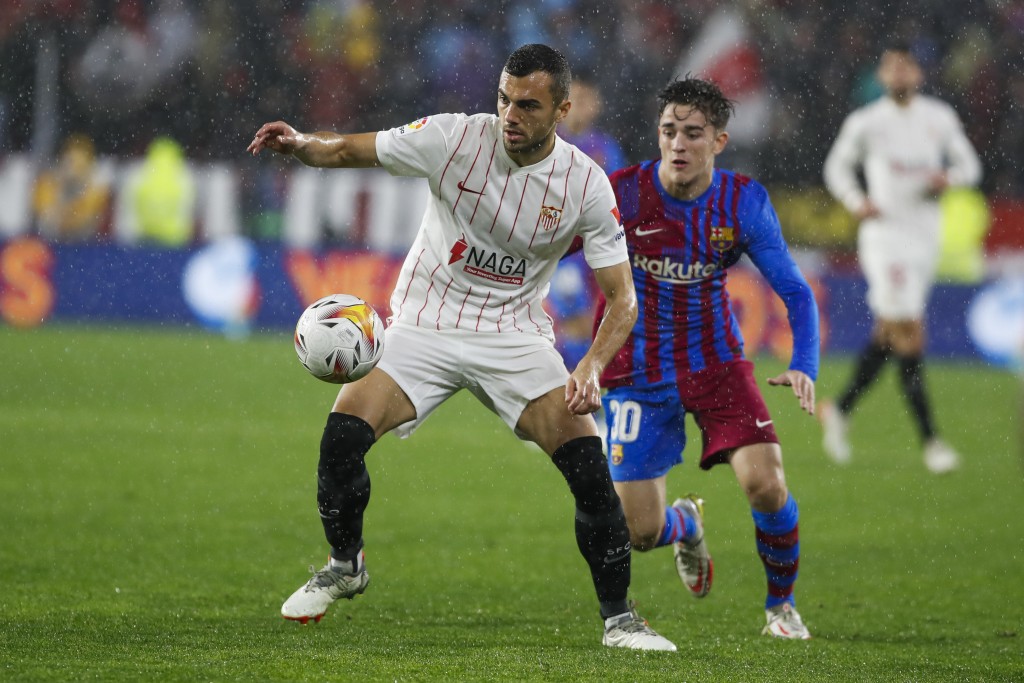 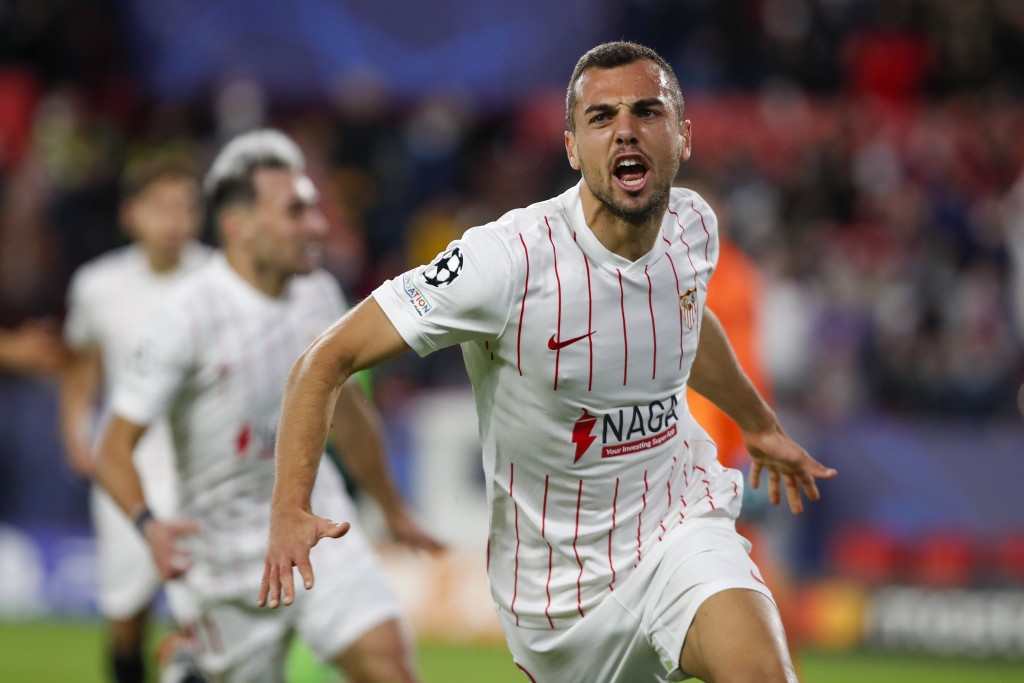 MADRID (AP) — The Copa del Rey match suspended after an object was thrown from the stands was completed Sunday behind closed doors and without the Sevilla player hit in the head in what the club called an “appalling attack.”

Sevilla midfielder Joan Jordán was doing well but did not play in Sevilla's 2-1 loss to Real Betis in a match that restarted in the 40th minute with the score tied at 1-1 from Saturday. Betis reached the quarterfinals with the victory at home.

Jordán had been taken to a hospital after being hit by a piece of PVC hurled from the stands while Betis was celebrating Nabil Fekir's equalizer before halftime in Saturday's round-of-16 match between the fierce Seville rivals at the Benito Villamarín Stadium in southern Spain.

Jordán underwent a series of tests and was diagnosed with a head trauma. He will remain under observation for at least 24 hours, the Spanish soccer federation said Sunday.

Betis coach Manuel Pellegrini condemned what happened Saturday but questioned some of the reactions to the incident.

“There needs to be a thorough investigation because everything got magnified,” he said. "I don’t know if a plastic tube can produce this kind of damage when thrown from afar. This caused so much damage to soccer that it deserves an investigation.”

Some Betis players on Saturday had accused Sevilla coach Julen Lopetegui of trying to urge Jordán to go down after being hit.

The federation said it wanted to avoid major logistical challenges by keeping the match at the Villamarín stadium, but no fans were allowed in order “to guarantee the match ends without new incidents, considering the seriousness of what happened.”

Sevilla tried to postpone the match until a later date so it could count on Jordán, but the federation's competitions committee denied its request.

Sergio Canales scored Betis' winner from inside the area after a breakaway in the 73rd.

The match ended without any major incidents or altercations between the rivals.

It had restarted at 4 p.m. local time (1500 GMT), just hours before the Spanish Super Cup final between Real Madrid and Athletic Bilbao was to take place in Saudi Arabia. Only one other Copa del Rey match was scheduled for Sunday, with Valencia winning 1-0 at visiting Atlético Baleares to also reach the quarterfinals.

Spanish media said the person who threw the object from the stands was taken into custody by police.

“Sevilla condemns the violent act suffered by Joan Jordán, an unacceptable act in the world of sport committed by an individual who, of course, does not represent the fans of Real Betis or the way of living football in our city," Sevilla said in a statement early Sunday. “Likewise, the club demands the utmost respect for Joan Jordán, a true professional and an exemplary person who has suffered an appalling attack.”

The Seville derby is notorious for being Spain’s most fiercely contested crosstown rivalry. In 2007, Sevilla coach Juande Ramos was knocked unconscious when he was hit in the head by a bottle thrown by a Betis fan.