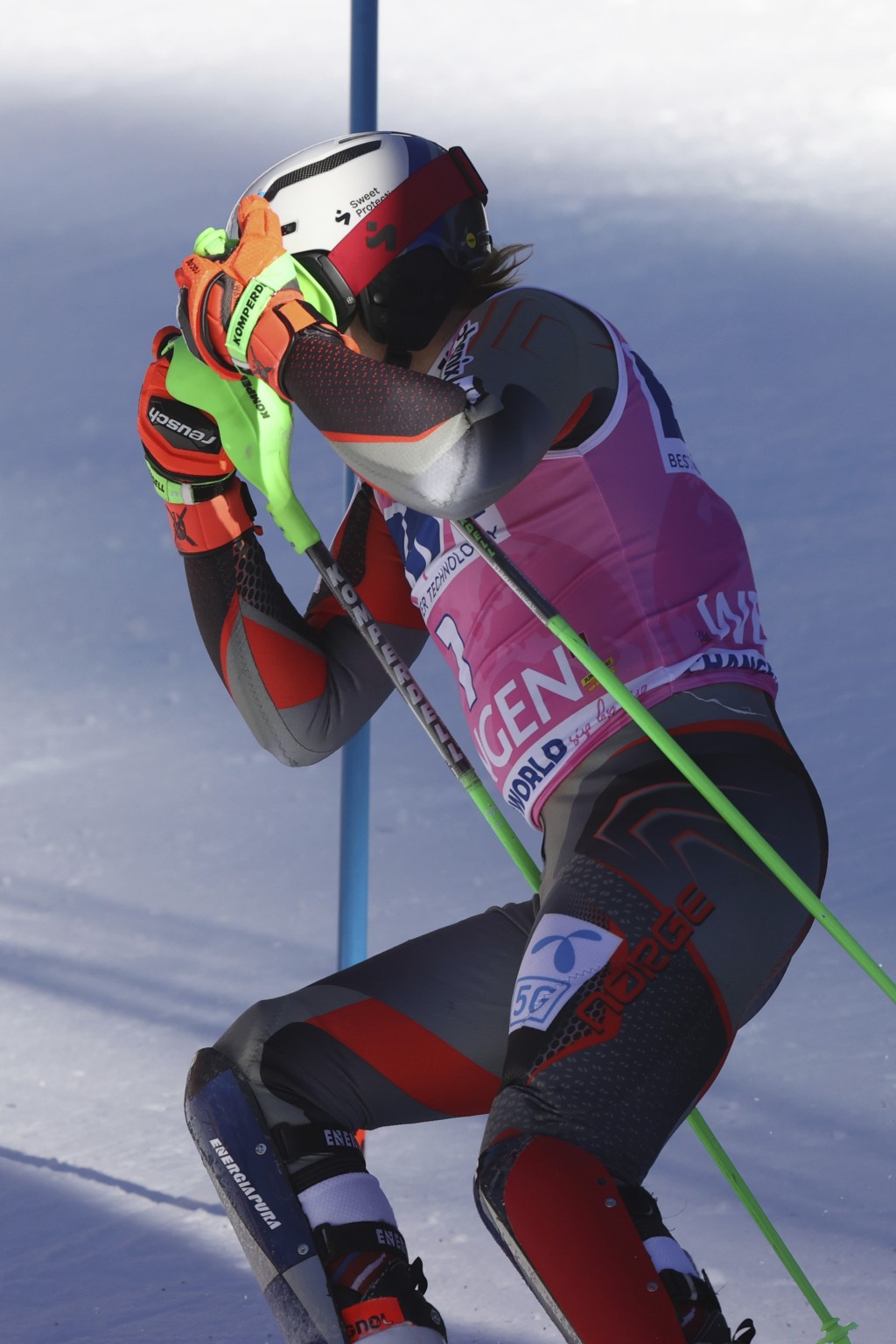 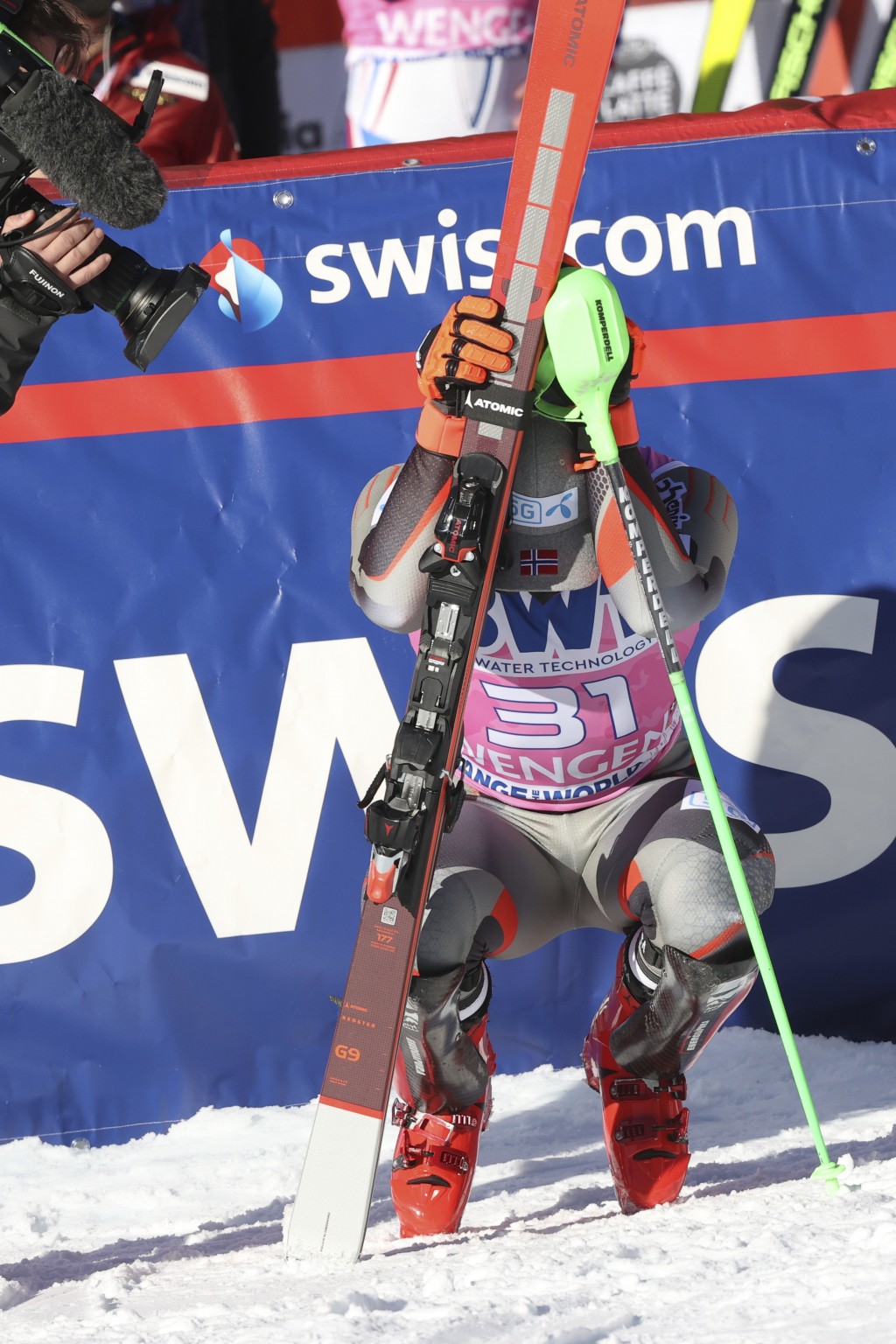 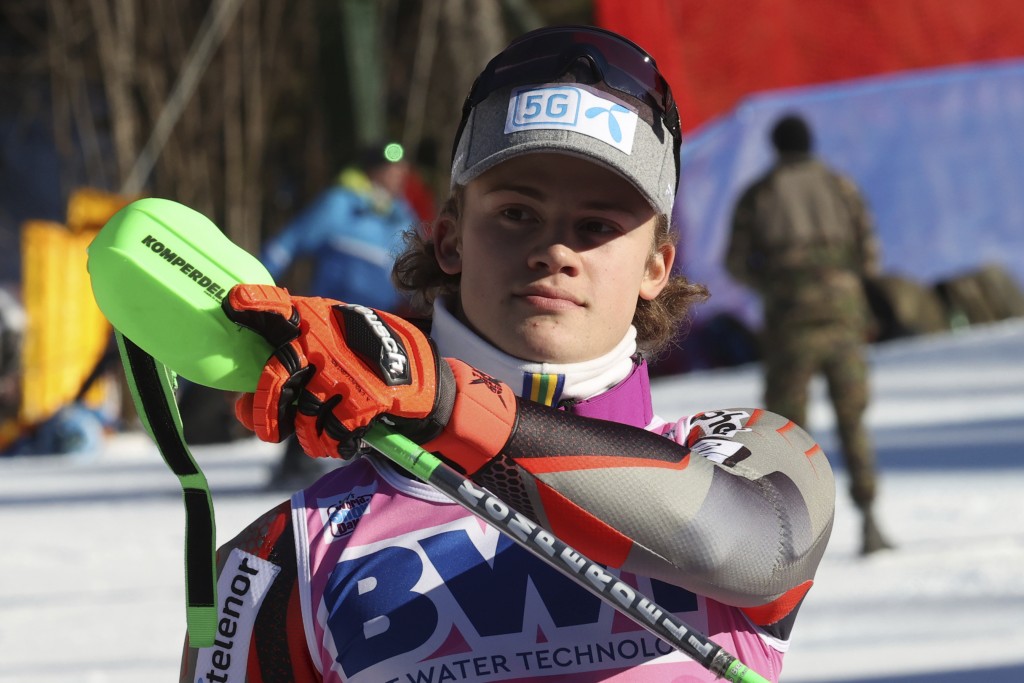 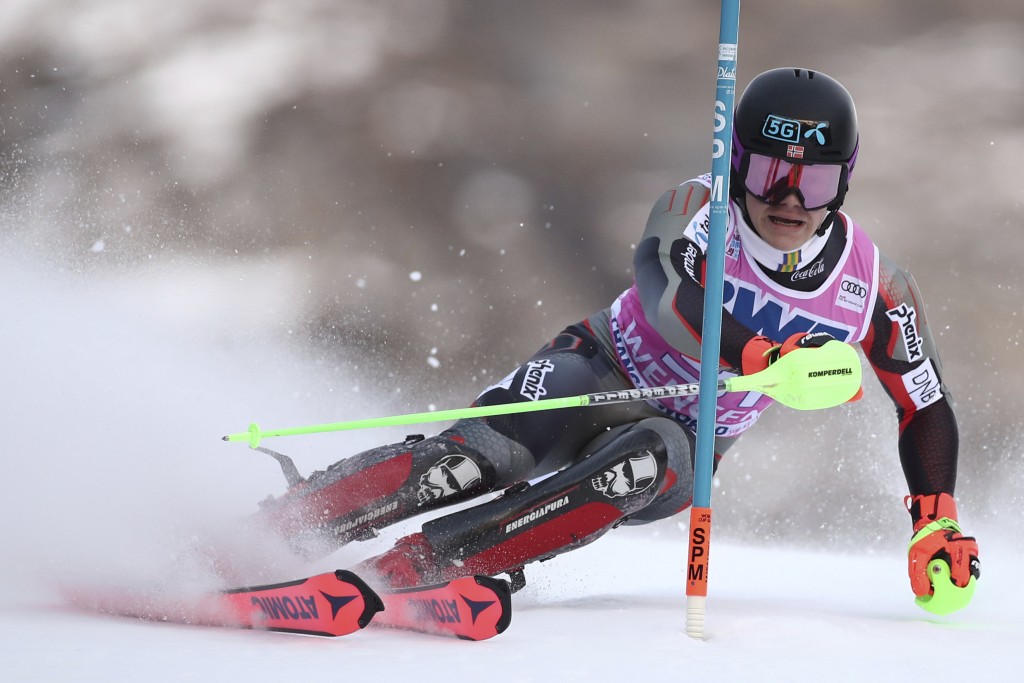 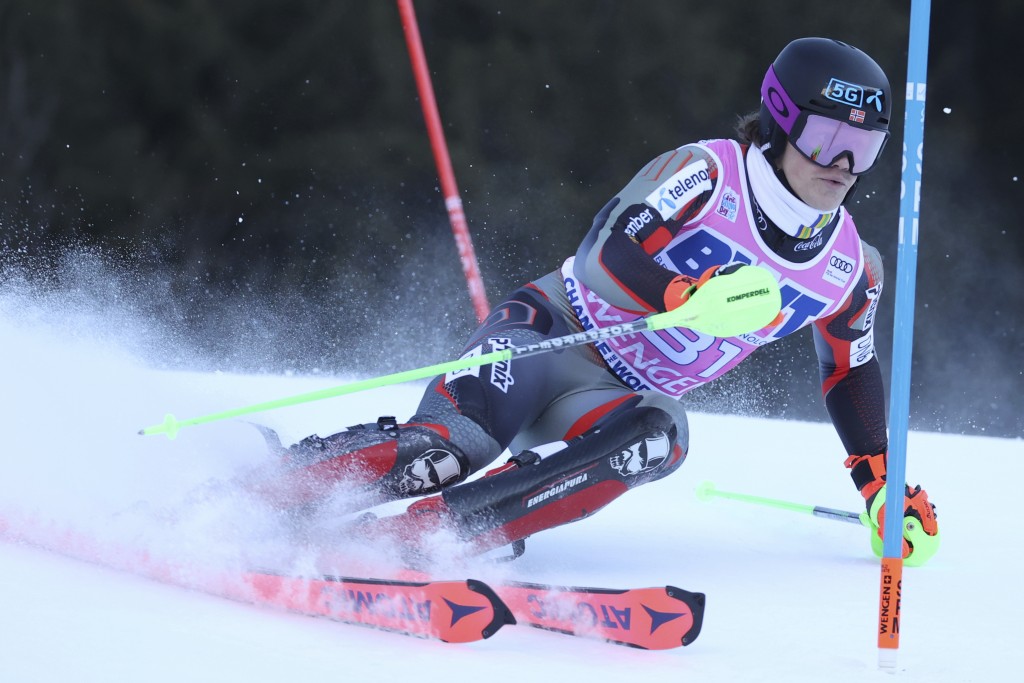 No skier had made such a jump up the standings to win a two-run men's World Cup race for more than 20 years at least, according to the ski-db.com database.

Braathen sat in the finish-area leader’s box for 45 minutes looking steadily more disbelieving and then in tears before watching the last racer. His Norway teammate Henrik Kristoffersen then straddled a gate within sight of a clear victory.

The error gifted the win to Braathen who was almost one second faster than any rival in the second run on snow that cut up in the warm sunshine before Kristoffersen started with two seconds in hand to protect his lead.

In the end, Braathen was 0.22 seconds ahead of Daniel Yule of Switzerland. The 2010 Olympic champion, Giuliano Razzoli of Italy, was 0.29 back in third for his best result in six years at age 37.

Braathen’s win was also remarkable for starting the day among the low-ranked racers wearing bib No. 31.

It was the second straight Sunday that a Swiss slalom was won by an outsider, after Johannes Strolz wore No. 38 to victory at nearby Adelboden.

“Words cannot describe how grateful I am,” said the 21-year-old Braathen, whose ranking dipped after a season-ending knee injury one year ago crashing over the finish line in the Adelboden giant slalom.

Braathen showed his talent before that serious injury by winning the season-opening giant slalom at Soelden, Austria in October 2020.

Braathen had also been fast in the first run Sunday, until losing rhythm in the bottom half to barely qualify among the top 30 racers who advance to the second leg.

“After my mistake in the first run I was eager to redeem myself in the second,” said Braathen, whose father is Norwegian and mother Brazilian.

Overtaking 28 opponents for victory beat the January 2007 feat of Marc Berthod who rose from 27th in the morning run to win the Adelboden slalom. Berthod was at Wengen working for Swiss television Sunday by filming his run down each course to give the audience a racer' eye view.

Braathen was helped by getting early use of the second-run snow surface and a gate setting designed by a Norway team coach.

A steep and tricky middle section saw several racers crash out. Italian prospect Alex Vinatzer lost one ski, Christian Hirschbuehl of Austria lost both and Luca Aerni of Switzerland was launched into the air with both skis high off the snow.

All three men on the podium posted their best results of the season, and Yule's runner-up finish was the best by a Swiss slalom skier at Wengen for 23 years.

Razzoli now has four straight top-10 finishes in a career-reviving season heading to the Beijing Olympics next month.

A hugely unpredictable season in men’s slalom has now seen four different race winners, two of them starting outside the 30 top-ranked racers, and two wire-to-wire wins lost in the final meters (yards).

Kristoffersen seemed to have a one-second lead when he skied out with four gates left. Last month at Madonna di Campiglio, Italy, Clément Noël threw away a dominating win when he fell and went sliding the wrong side of the last gate.

Slalom racers now move on to Austria for races next Sunday at Kitzbühel and the storied night slalom two days later at Schladming.