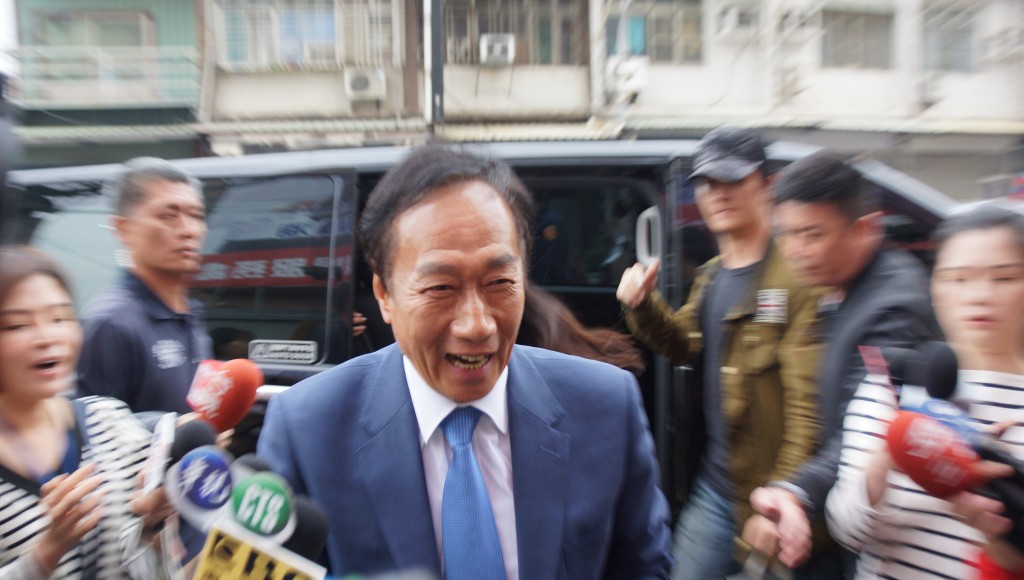 The KMT has had an especially rough couple of months. Taiwan’s main opposition party ended 2021 by losing all four referendum votes held on Dec. 18 and began the new year with a defeat in both a Taichung by-election and the attempted recall of independent Legislator Freddy Lim (林昶佐).

This losing streak has caused panic to spread through party ranks, according to a CNA report, as many express doubts about its current leadership. Some have concluded that only Gou can save the KMT from further disaster, saying he must enter the presidential race in 2024 on the KMT ticket.

In response to these calls, Chu said Gou is a titan of Taiwanese industry and someone everyone respects. Chu said he believes we ought to welcome Gou’s input, and as long as he is willing to contribute to society, the KMT’s door is always open.

On Saturday (Jan. 15), a leading figure of the KMT's pro-unification faction, Chang Ya-chung (張亞中) said he was deeply disappointed Chu did not show up at the press conferences that immediately followed the party’s defeat on Jan. 9. Chu said that he had reflected on the setback and will strive to make the party great again.

At this stage, however, the Democratic Progressive Party (DPP) is “raining arrows down” on the KMT and “coming in for the kill,” Chu said. Disunified and divided, KMT leaders will be easier targets for the DPP to pick off, he warned.

On the evening of Jan. 9, Chu’s Facebook page was hit by a wave of angry comments, with KMT supporters calling for him to step down as chairperson. Many called for former KaoshiungMayor Han Kuo-yu (韓國俞) to take the reins.

Some have speculated New Taipei Mayor Hou Yu-ih (侯友宜) will be the most likely to assume party leadership, though Hou remained decidedly vague about that possibility when questioned by reporters this month, instead emphasizing the importance of countering the spread of the current COVID-19 outbreak.

Prominent commentators predict Hou will indeed run in 2024, having emerged from the ranks of city mayors to become the most popular KMT personality with broad appeal at the national level. Time seems to be running out for the embattled Chu, however. 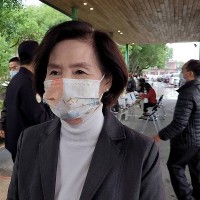