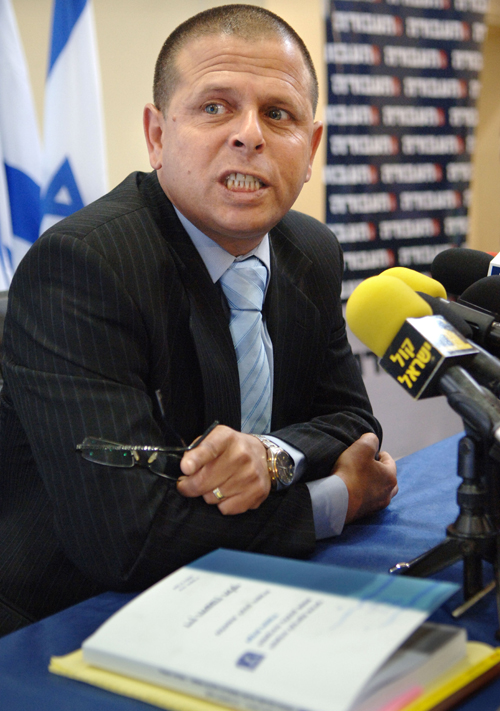 A member of Ehud Olmert's cabinet quit yesterday, opening the first crack in Israel's government after the prime minister vowed to ride out a scathing reprimand by an inquiry into last year's costly Lebanon war.
Announcing he was stepping down, Eitan Cabel, a minister without portfolio from the Israeli leader's main governing partner, the Labor Party, told a news conference: "I cannot sit in a government headed by Ehud Olmert."
Cabel said Olmert "must resign" after the Winograd Commission probing the conflict with Hezbollah gunmen listed severe failings on the part of the premier, Defense Minister Amir Peretz of Labor and the army chief, who has already quit.
The panel said the government had rubber-stamped the decision to go to war but Olmert bore "supreme responsibility" for launching the air, sea and land offensive without a proper plan after Hezbollah seized two Israeli soldiers on July 12.
The government-appointed commission, however, stopped short of recommending that Olmert step down. A snap Israel Radio opinion poll after its interim report examining the start of the war found that 69 percent of Israelis wanted Olmert to go.
Olmert, as widely expected, accepted responsibility for "many mistakes" during the inconclusive 34-day campaign in which Hezbollah rained 4,000 rockets on Israel and Israeli warplanes pounded southern Beirut, a Hezbollah stronghold.
Some 1,200 people were killed in Lebanon, including about 900 civilians, while 117 Israeli troops died along with 41 civilians caught in Hezbollah rocket strikes on northern Israel.
'No intention to do so'
Olmert, who heads the centrist Kadima party, said he would not resign, insisting he was the best man to put things right.
"It would not be right to quit and I have no intention of doing so," Olmert told Israelis in a concise televised address, hours after the nation watched former Supreme Court judge Eliyahu Winograd read out sharp criticism of his actions.
Cabel said he would try to persuade Labor to pull out of its power-sharing partnership with Kadima. Labor holds a leadership election on May 28 that Peretz is widely expected to lose.