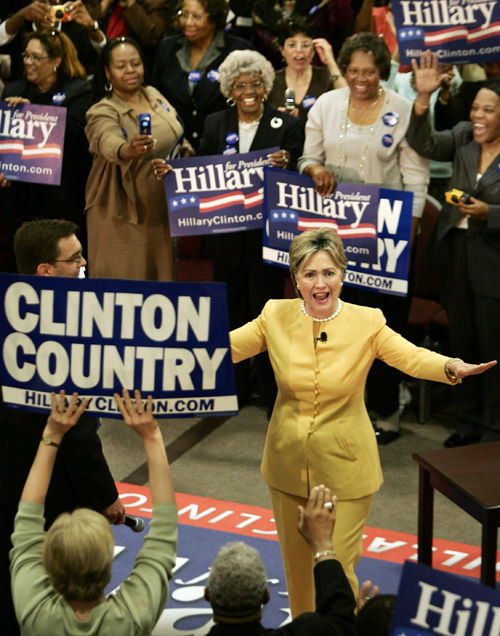 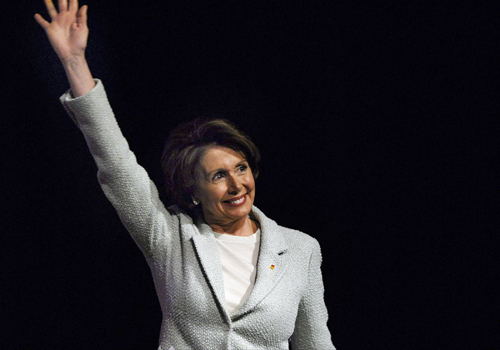 For the first time in history, a woman has the visibility, the reputation and the cash to make a serious run at the presidency.
It would seem that U.S. Senator Hillary Rodham Clinton, the Democratic front-runner, would be in a solid position to parlay the female vote into success against an all-male field in 2008.
But women running for office face an unusual political conundrum: Women sometimes set exceedingly high standards for female candidates.
It is in part because some expect the first female president to be a reflection of them, only better, said Marie Wilson, president of the White House Project, a group that aims to encourage women to lead in business and politics.
"We look at them and we say 'We want them to be perfect. ...' We hold them to a higher standard because they do represent us," she said. "Most of the male candidates running wouldn't be running if they were women. A woman John McCain's age would have a hard time, a woman with Barack Obama's experience would have a hard time."
As a result, female candidates are more scrutinized, an extension of gender-specific criticism still part of American culture, experts say.
"It's as if each woman is forever competing to be the prom queen, or the wife, and every other women is a competitor, so if she wins it means you lose, instead of experiencing the woman's victory as group," said Phyllis Chesler, psychologist and author of "Women's Inhumanity to Women."
Women are not necessarily against female candidates.
An Associated Press analysis of data from the 2006 American National Election Study Pilot Test found that when it came to selecting a candidate for president, gender matters more for women than for men. But it's a two-way street; women are more likely to vote for a candidate because she is female, and also more likely to dismiss a candidate because of her gender, according to the analysis.
While women have made great strides in advancing through the political ranks in recent decades, they still make up just over 16 percent of Congress and a similar number at the state legislature level.
But there are currently several high-profile female leaders, like Nancy Pelosi, the first female speaker of the House and Secretary of State Condoleezza Rice, as well as a slew of governors and state lawmakers.
Among the trailblazers was Democrat Geraldine Ferraro, who became the first female vice presidential candidate on a major party ticket in 1984. During that campaign, she said she felt women were behind her.
"The enthusiasm from women was phenomenal. There were people who criticized, but there were a lot of women who thought to themselves 'If she can do it, so can I,'" she said.
Nowadays, women make up the majority of the electorate, and there are varying theories on how gender translates to election results.
Ellie Smeal, president of the Feminist Majority, said the gender gap explains in some polls why Clinton has the lead.
"When it comes down to it, women want change, they want more women candidates," she said. "Women get a boost from women voters, the edge has only gotten bigger. Being a woman is one of her biggest assets."
Regardless of how the vote plays out, Clinton must portray several images in her campaign. She announced her candidacy from her living room, a move that virtually invited prospective voters into her home. She has won praise from top military officials who say she has a firm grasp of wartime needs and strategy.
She has also launched a nationwide outreach to women voters and was one of the sponsors of the Paycheck Fairness Act, which would close the wage gap between women and men.
"If you look in the dictionary, the word feminist means someone who believes in equal rights for women in society, in the economy, the political process - generally believes in the equality of women. And I certainly believe in the equality of women," Clinton said recently.
Clinton adviser Ann Lewis said female candidates are viewed in a more personal way by voters. "For the candidate, that can be frustrating, especially when they want voters to pay attention to ideas and agendas," she said.
The way to change the cultural perception of women is simply to get more elected, Wilson said.
"Because it's normal to see men running for something like the presidency," she said, "we don't look at things like their hair, hemlines" and spouses.