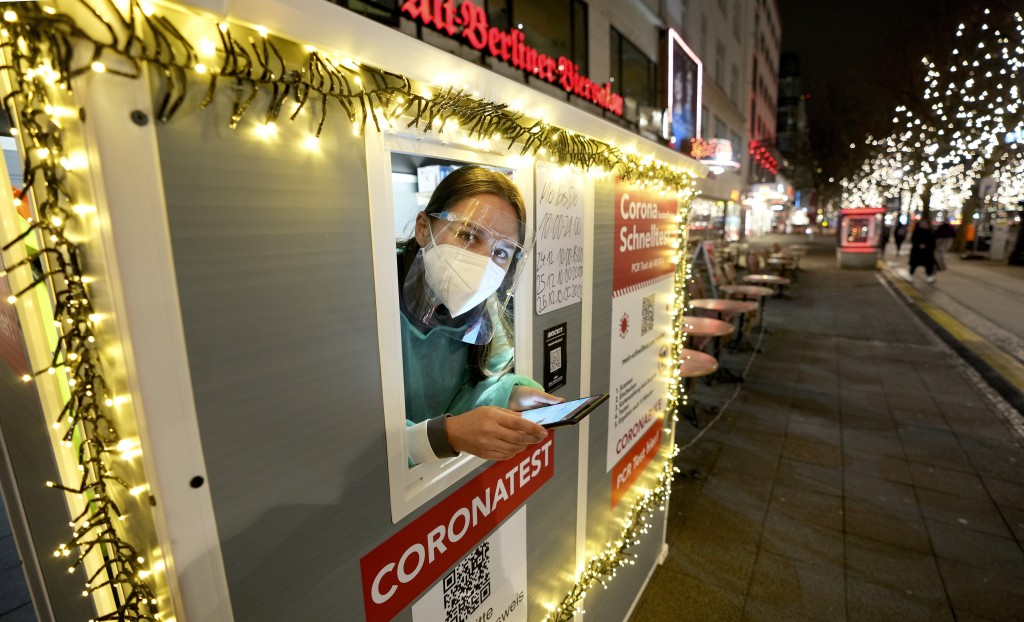 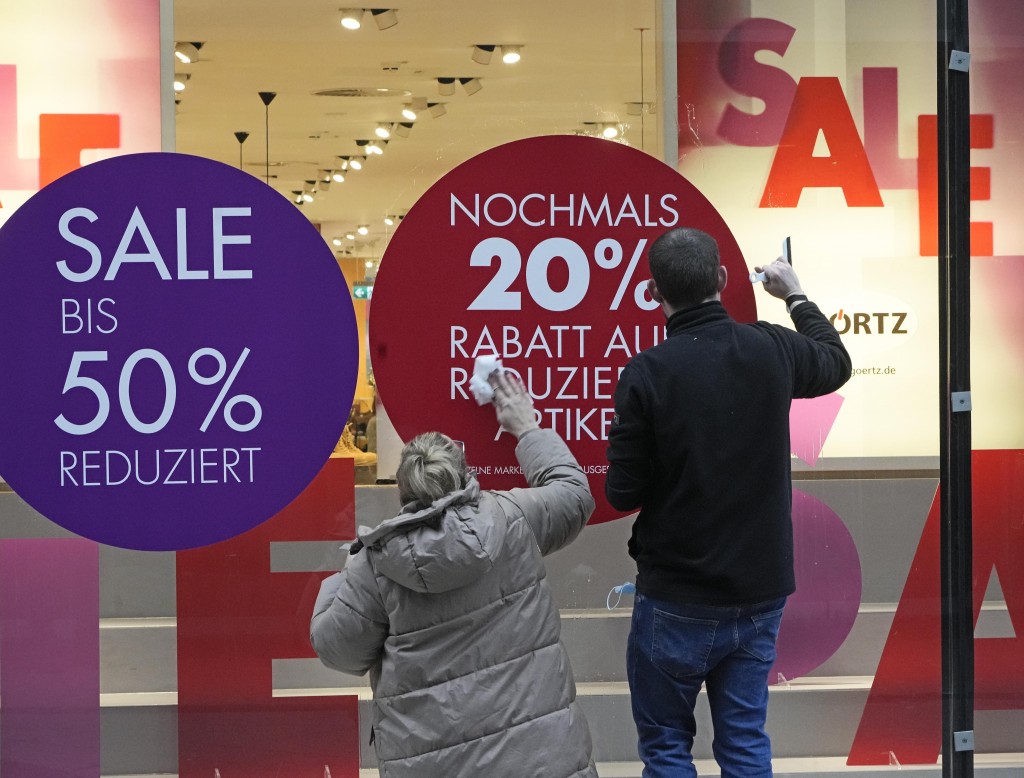 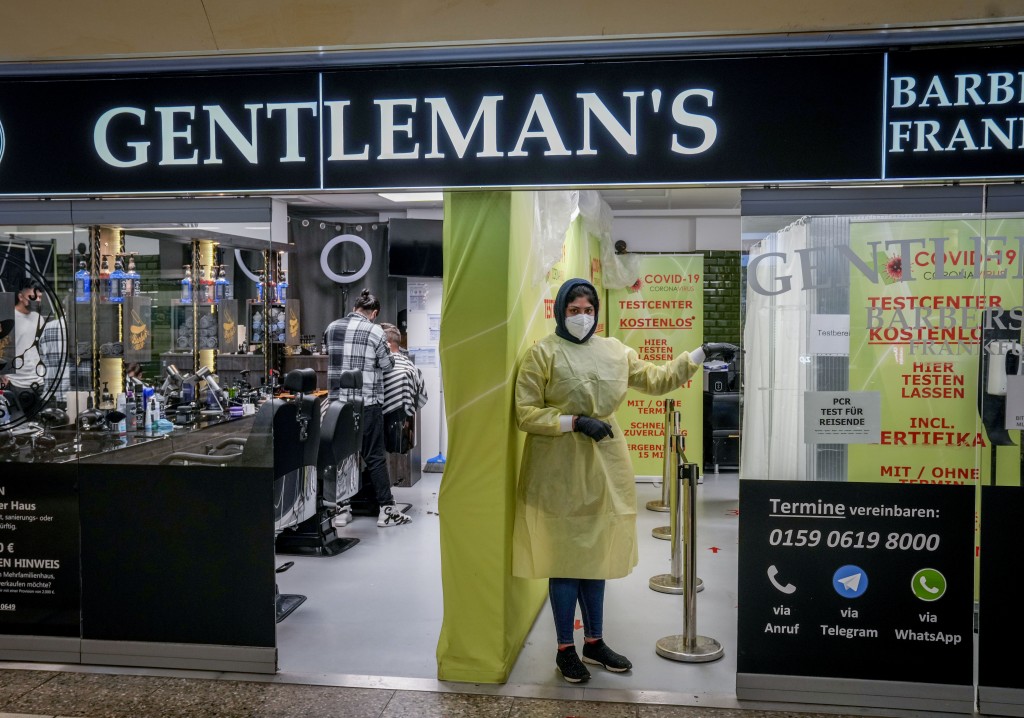 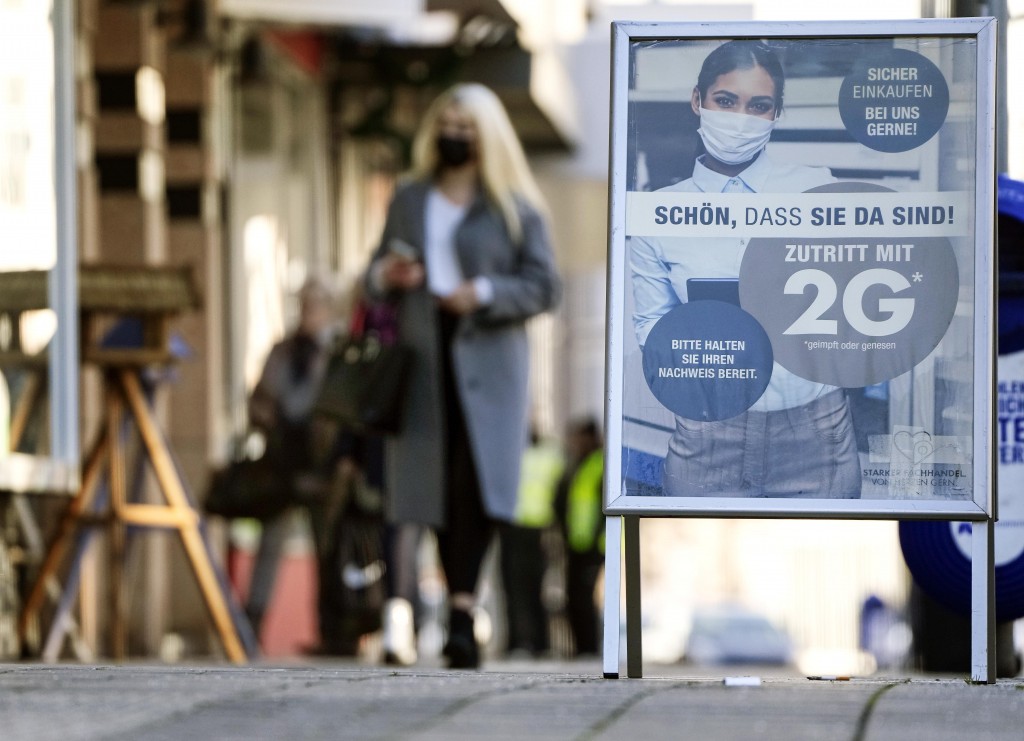 FRANKFURT, Germany (AP) — The risk of recession is looming for Germany after Europe’s biggest economy shrank at the end of 2021 and as it faces a bumpy start to this year, with the rapid spread of COVID-19's omicron variant deterring people from shopping and travel and supply bottlenecks holding back manufacturers.

Output in Germany fell by between 0.5% and 1% in the fourth quarter, the state statistics agency Destatis said Friday. Forecasts are also shaky for the first three months of 2022, and two straight quarters of falling output would leave Germany in recession, according to one commonly used definition.

Germany helps set the pace for the entire eurozone, the 19 European Union countries that use the euro currency and one of the world's largest economies. Many German companies have suppliers or factories in other European countries, so Germany's business activity can boost growth for its neighbors.

For all of last year, the German economy grew 2.7%, rebounding from a plunge of 4.6% in 2020 when pandemic lockdowns were at their most severe.

One company — vaccine maker BioNTech, which is based in Mainz — contributed a full 0.5% to 2021 economic output from licensing income on the COVID-19 vaccine it developed with Pfizer.

“It is extremely unusual that one company lifts GDP so much," said economist Nils Jannsen at the Kiel Institute for the World Economy, referring to gross domestic product, the common measure of a country’s economic output.

He said the jump was due to the complete absence of BioNTech licensing income the year before.

German growth remains below its pre-pandemic level and lags the estimated eurozone figure of 5% as performance was less robust than several other major economies such as France, Spain and Italy.

Germany's manufacturing and export-heavy economy was hit hard by global difficulties in getting parts and raw materials, leaving companies unable to sell goods despite strong demand from customers as the economy roared back from the depths of the pandemic, said Carsten Brzeski, global head of macro at ING bank.

“No other eurozone country suffered as much as the German economy amid a series of supply chain frictions,” he wrote in a research email. “Industrial production has basically stagnated since spring last year, despite richly filled order books and very low inventories.”

Complete statistics for the fourth quarter will be released on Jan. 28. A lag in gathering numbers at the end of the year means the figure for the full year is available before the one for the last three months of the year.