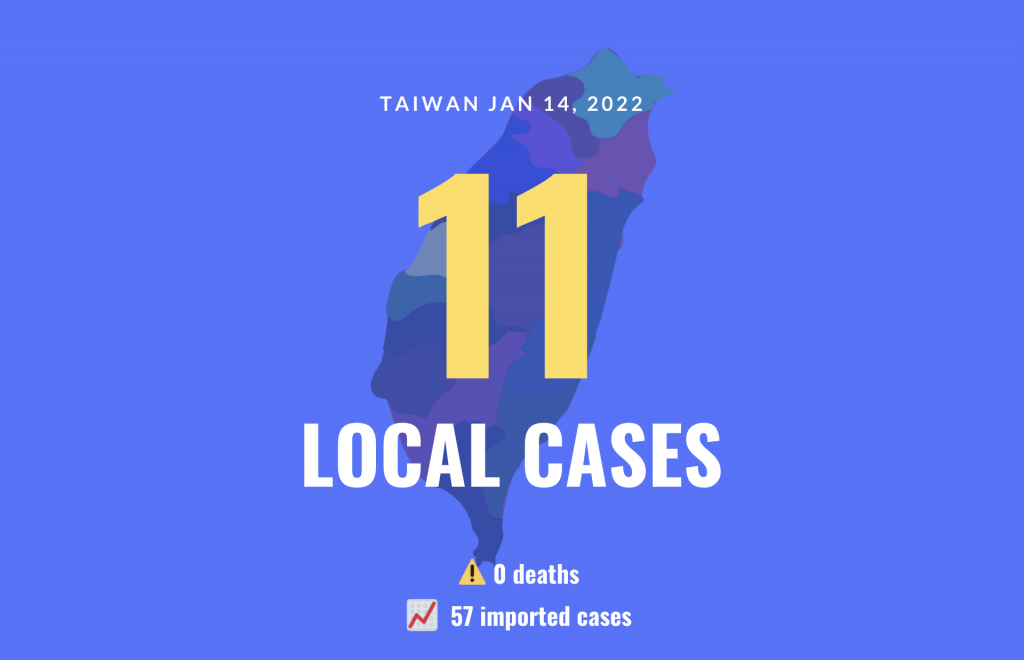 Chen said the local cases include eight males and three females ranging from under the age of five to their 50s.

Between Dec. 31 and Jan. 13, they entered Taiwan from the U.S. (17 cases), Canada, the Philippines, Australia, Poland, Vietnam, Indonesia, Denmark, France, Portugal, Brazil, Turkey, and Sweden. The country of origin of 15 cases is still being investigated.

A total of 114 people have been removed as confirmed cases, while 14 cases are still under investigation. To date, 851 individuals have succumbed to the disease.

Of the 838 deaths from local infections, 413 were in New Taipei; 322 in Taipei; 29 in Keelung; 27 in Taoyuan; 15 in Changhua County; 13 in Hsinchu County; five in Taichung; three in Miaoli County; two each in Yilan and Hualien counties; and one each in Hsinchu City, Nantou County, Yunlin County, Tainan City, Kaohsiung City, Pingtung County, and Taitung County. The 13 other deaths were imported cases.