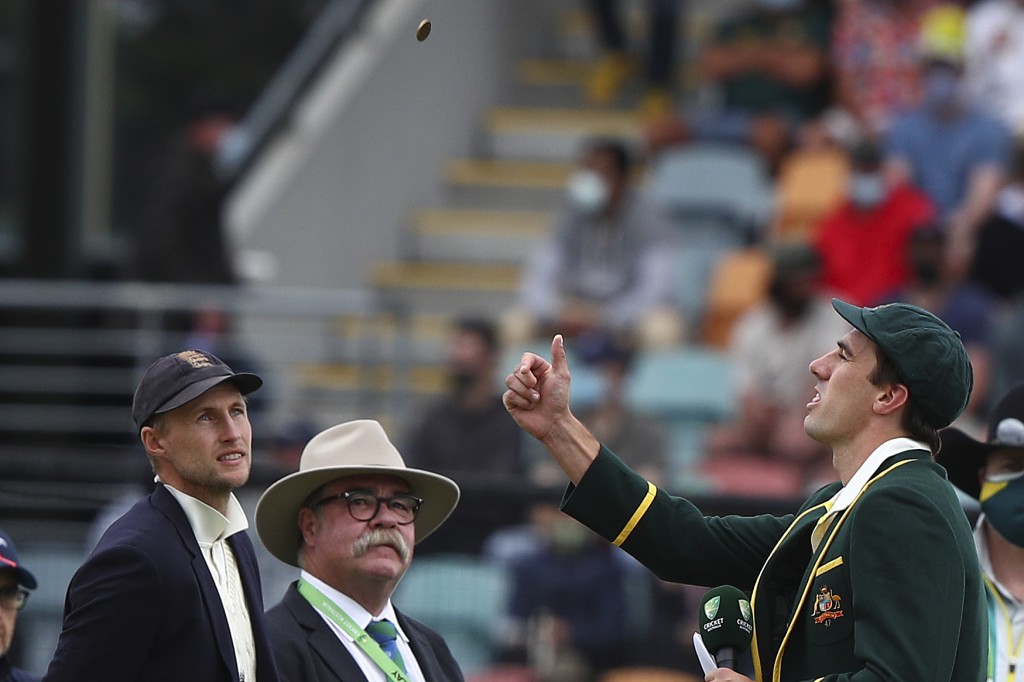 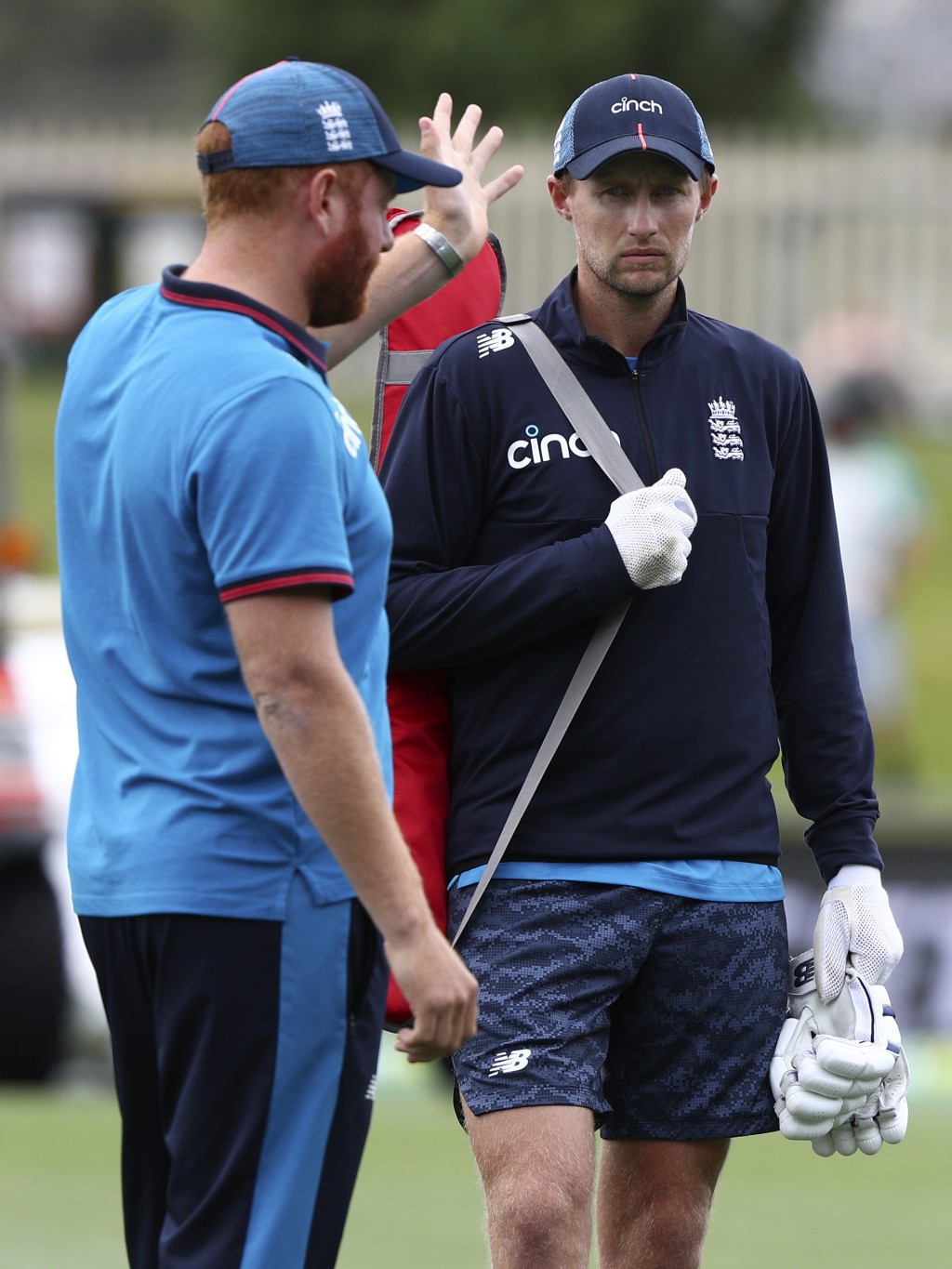 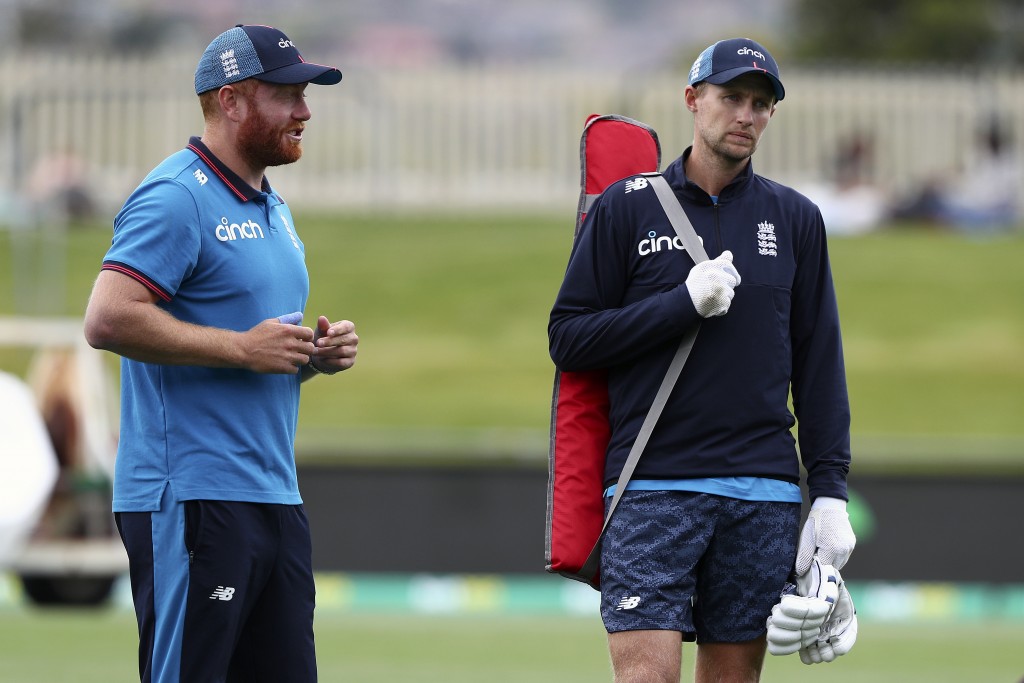 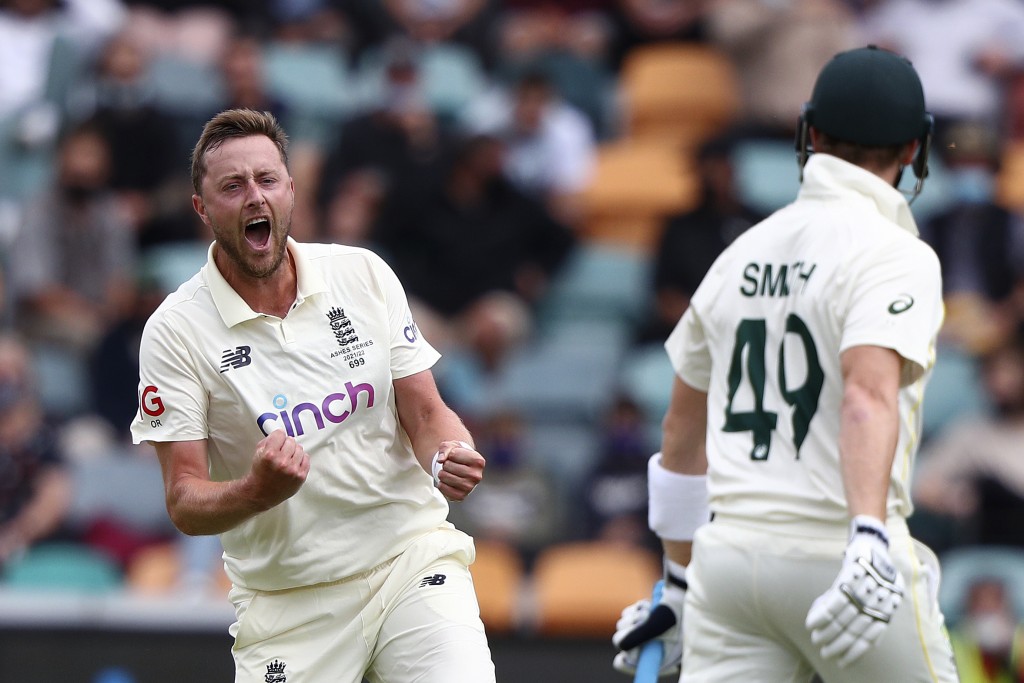 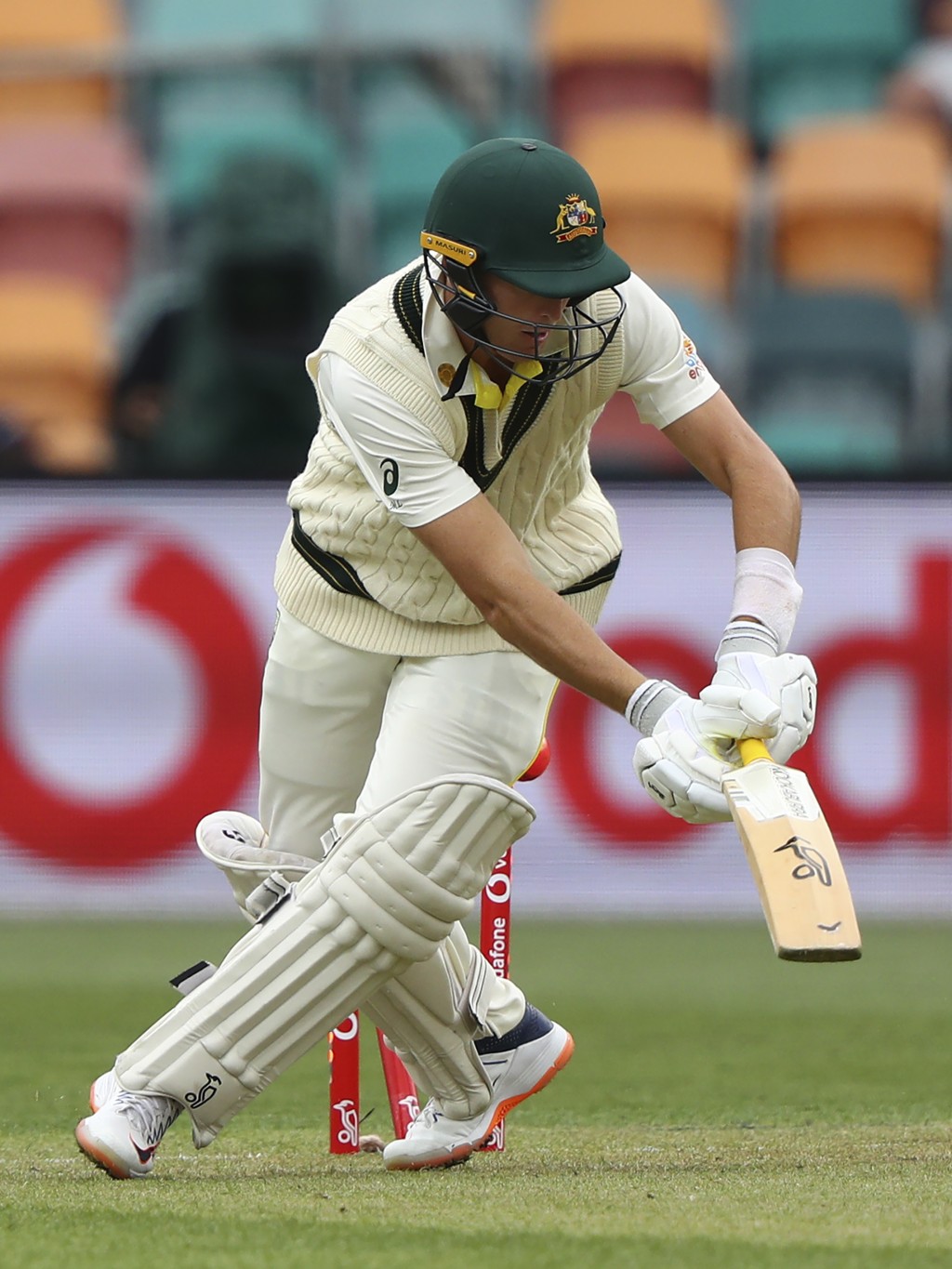 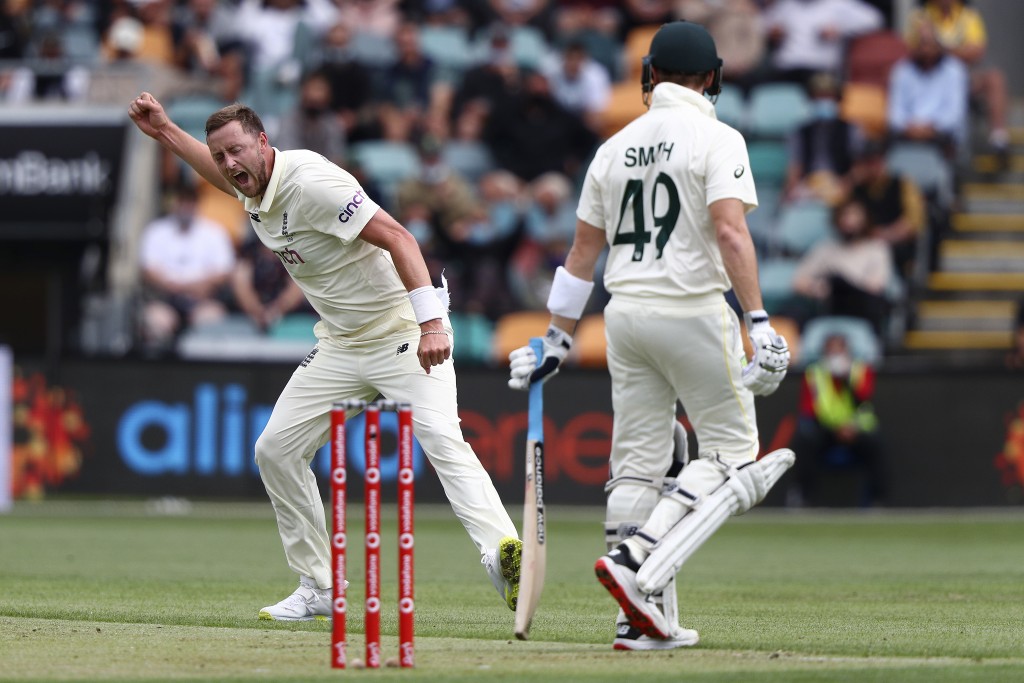 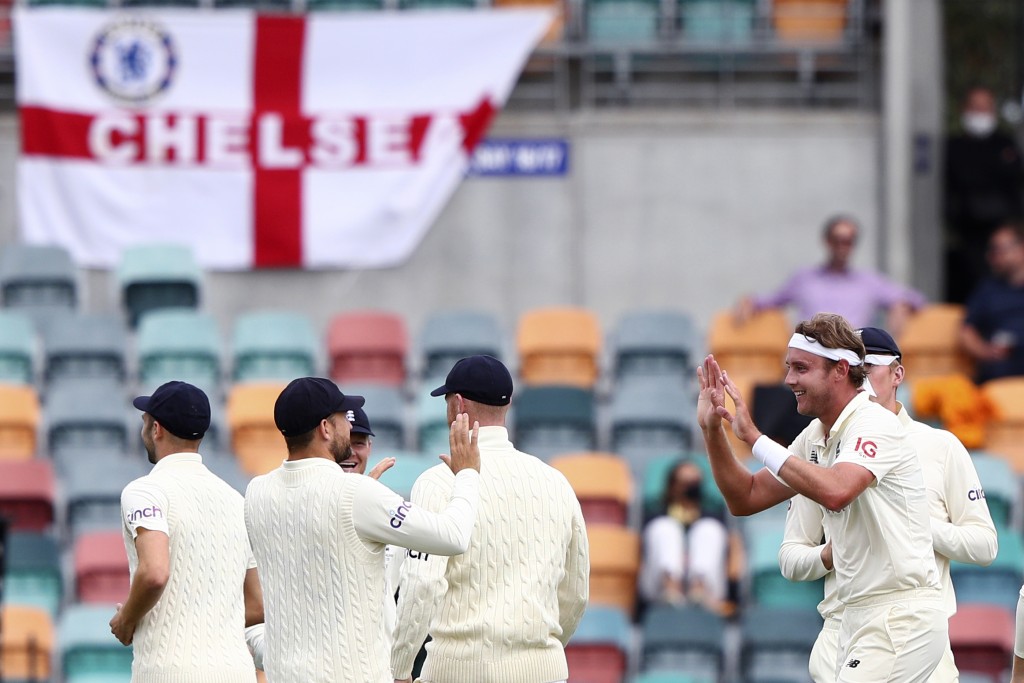 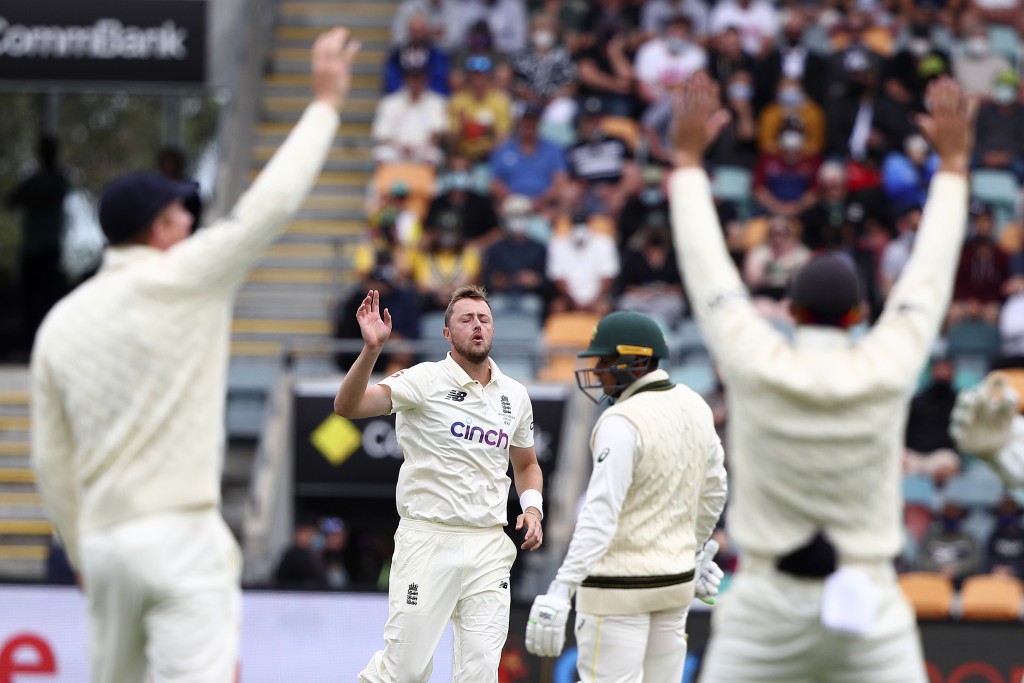 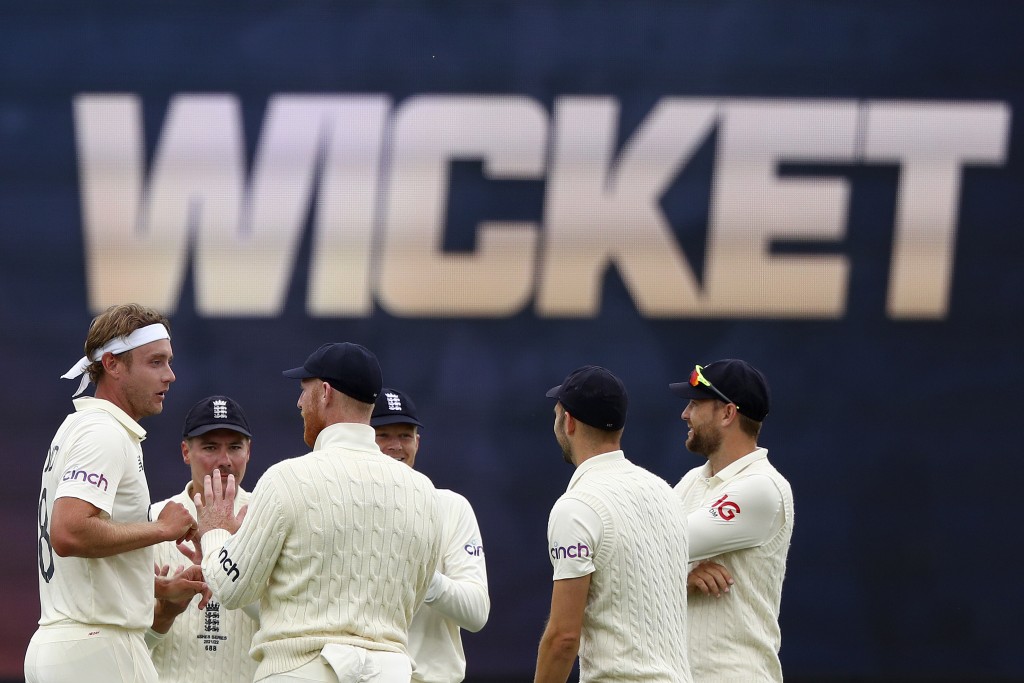 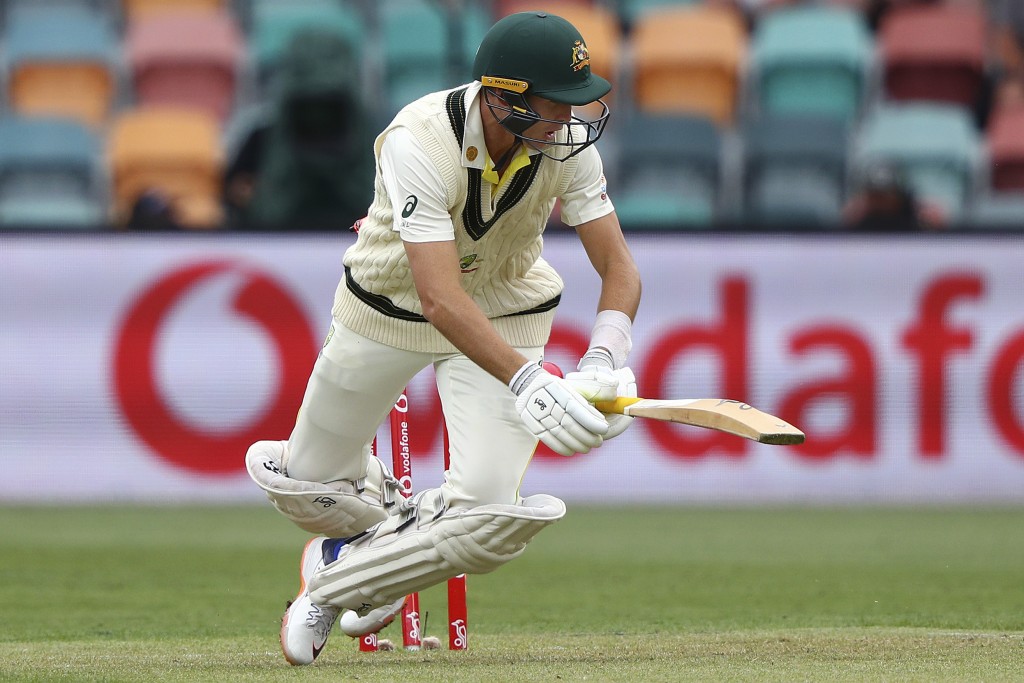 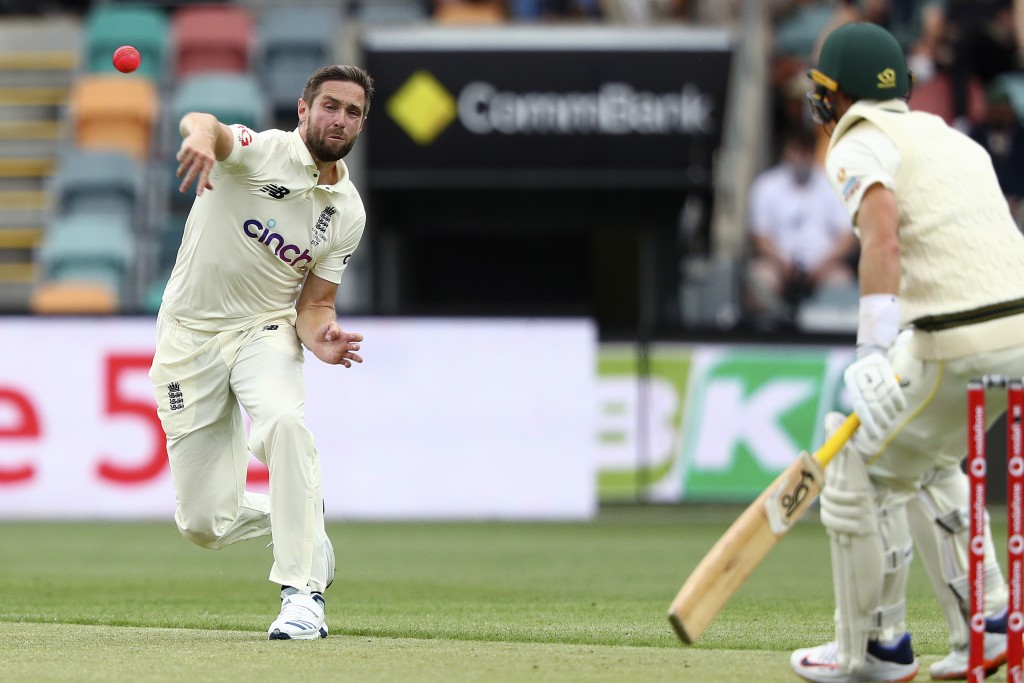 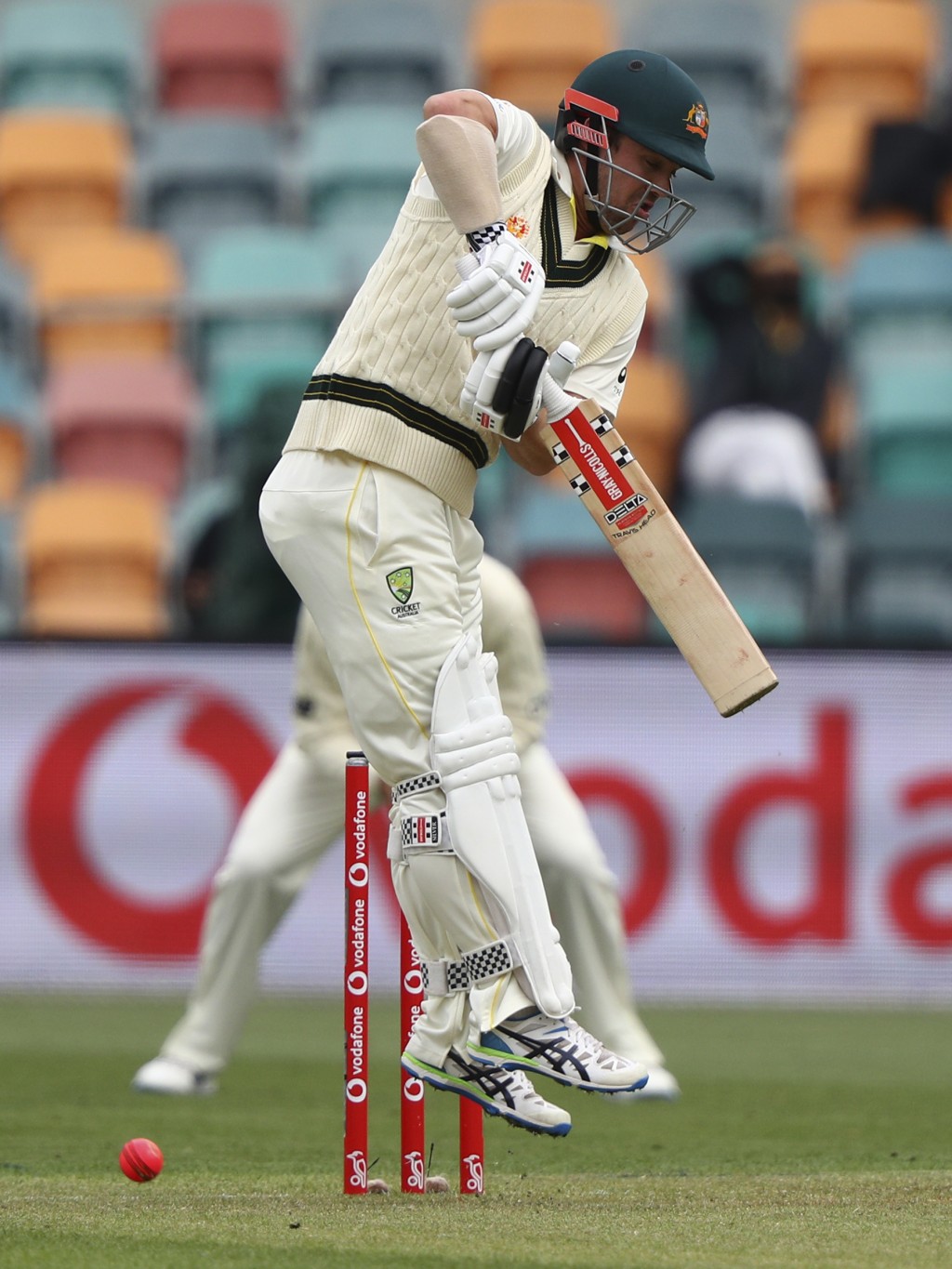 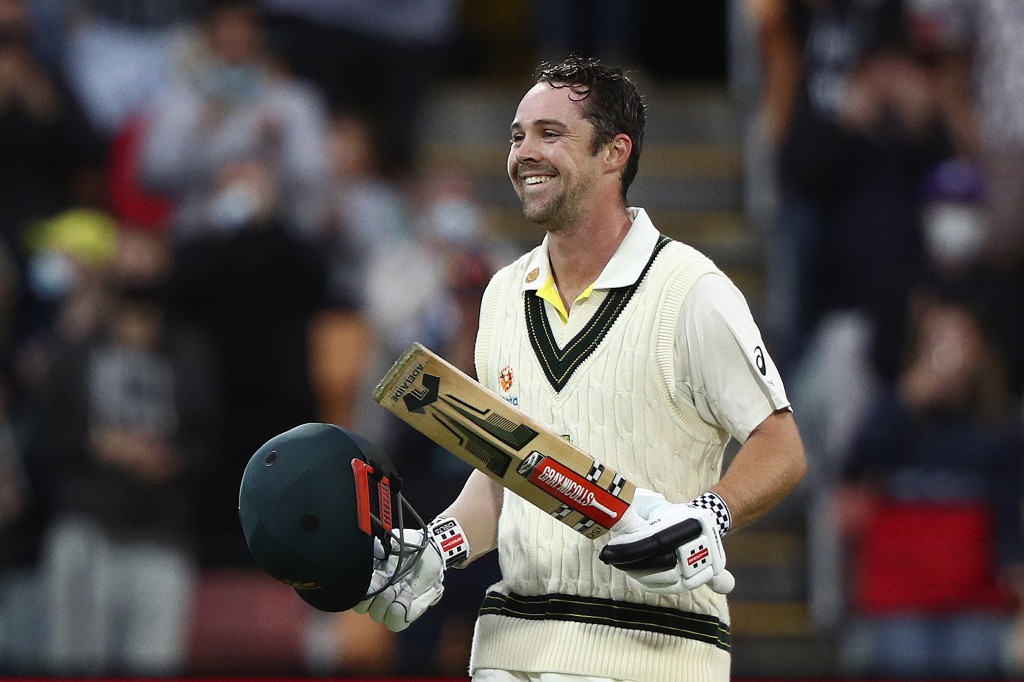 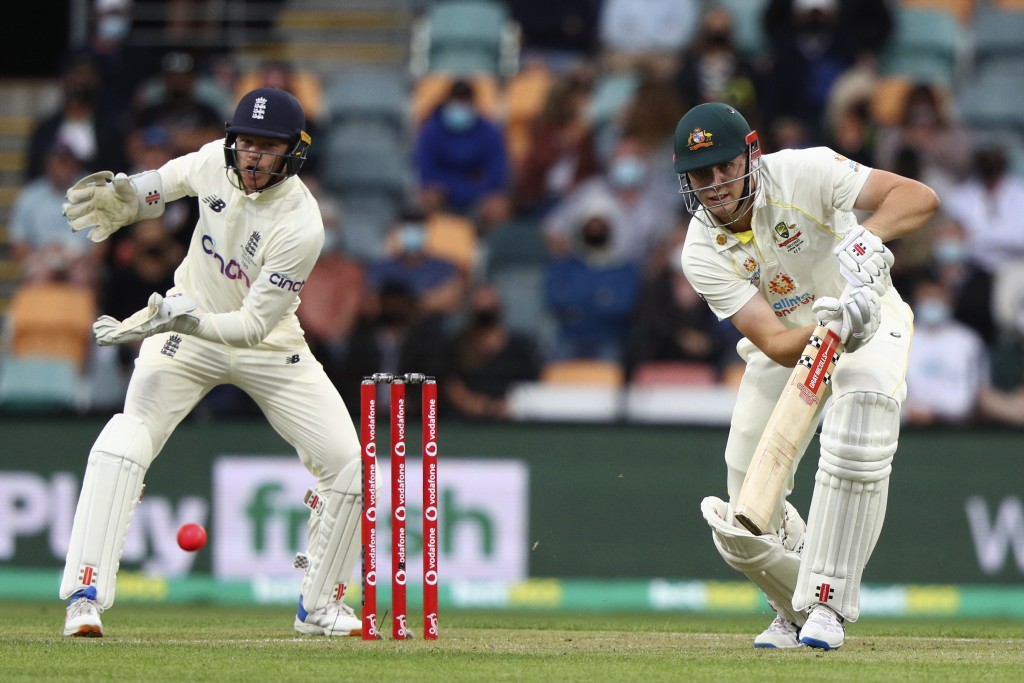 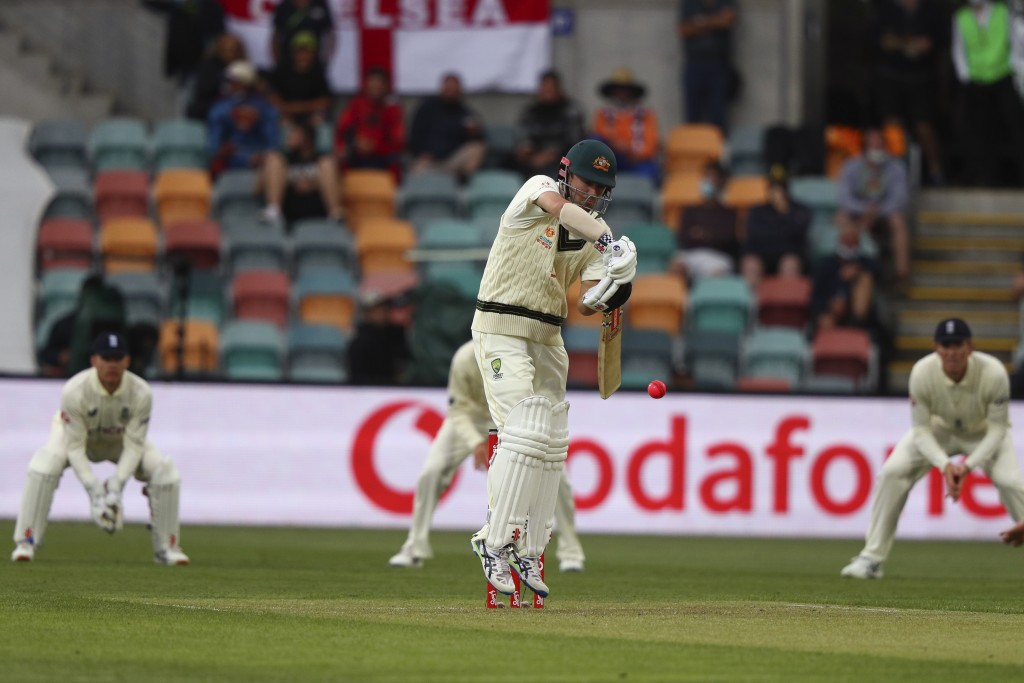 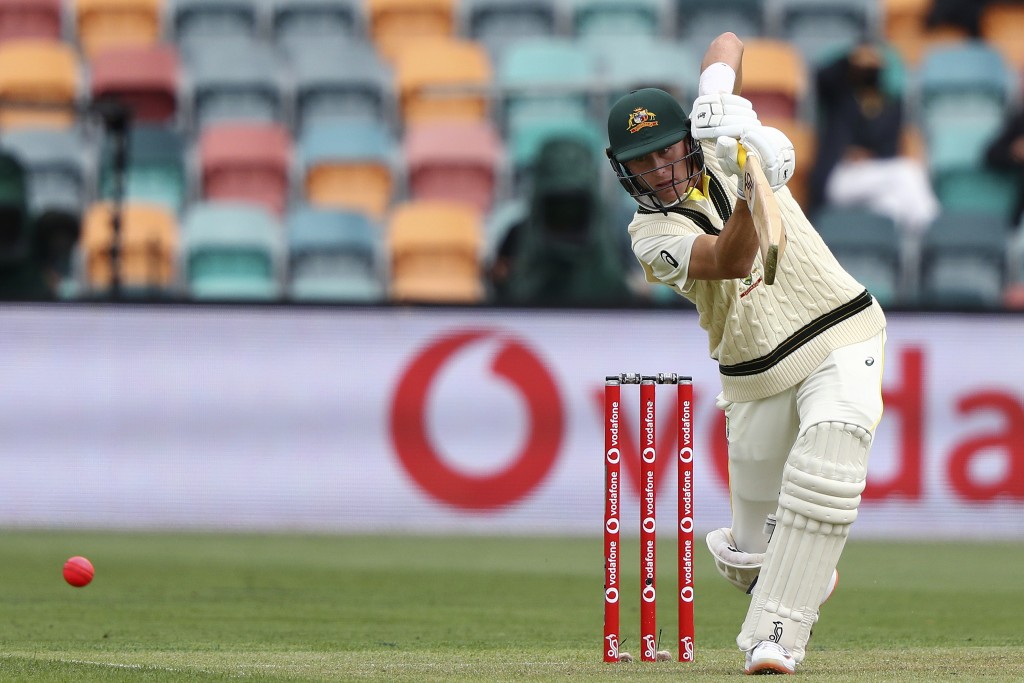 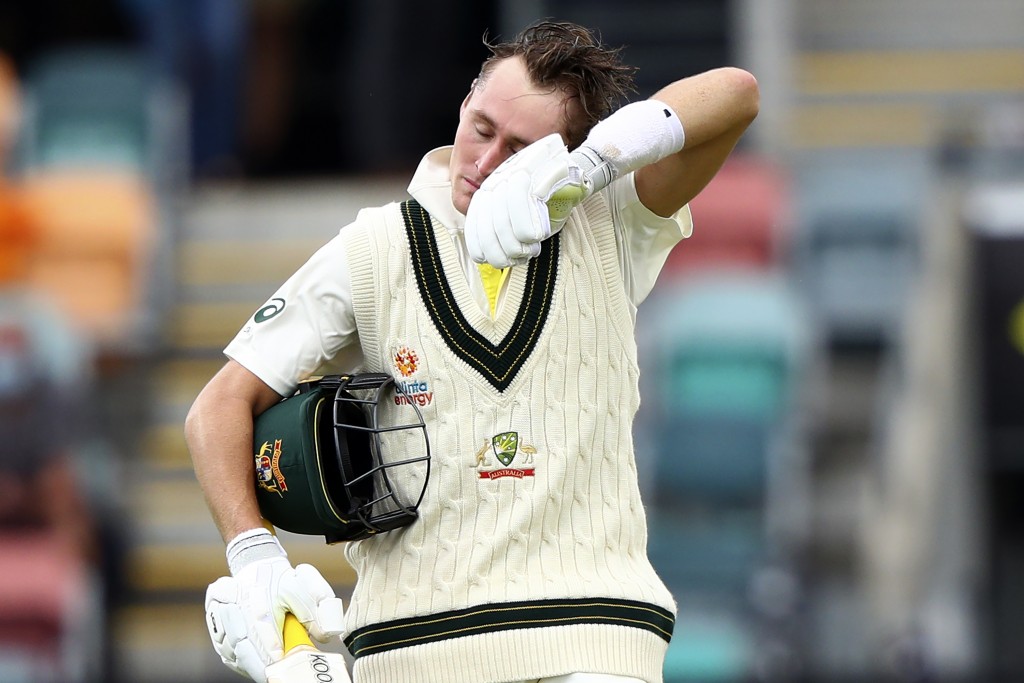 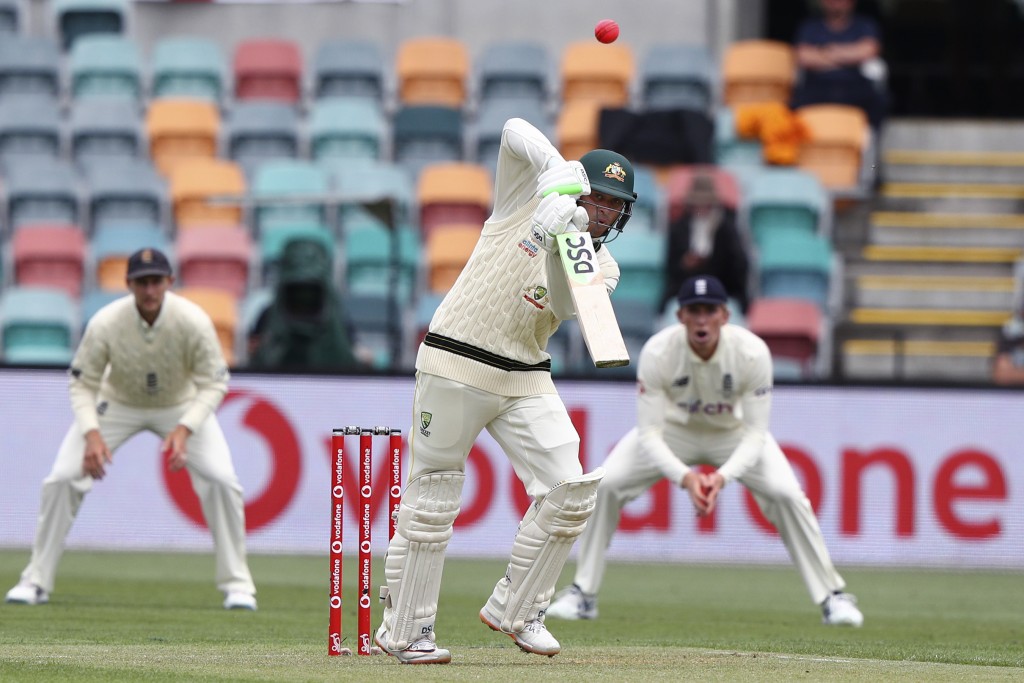 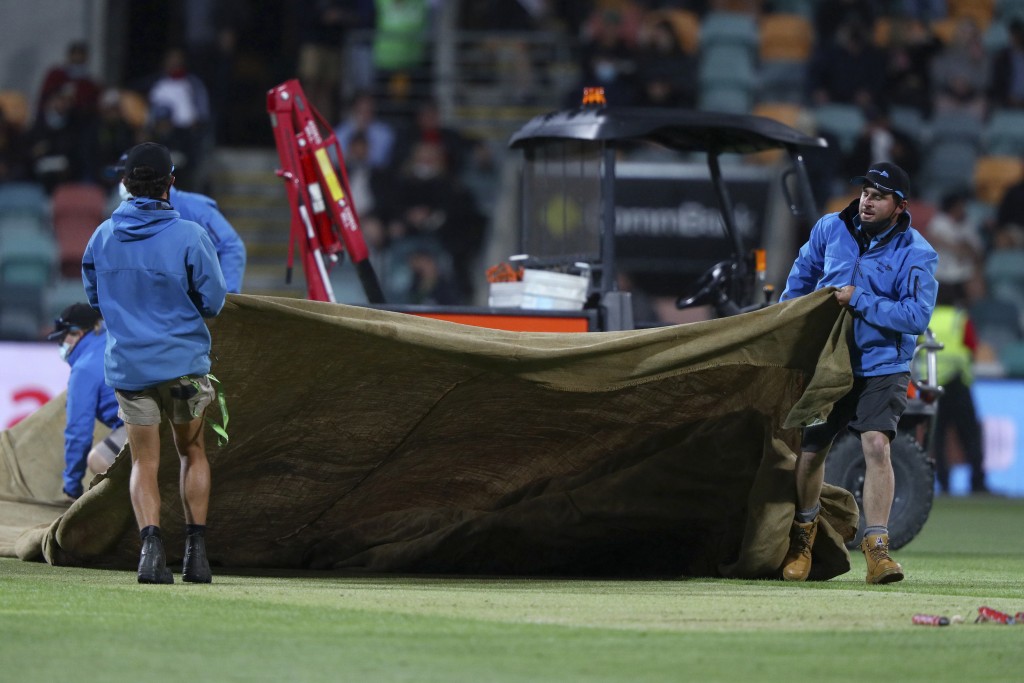 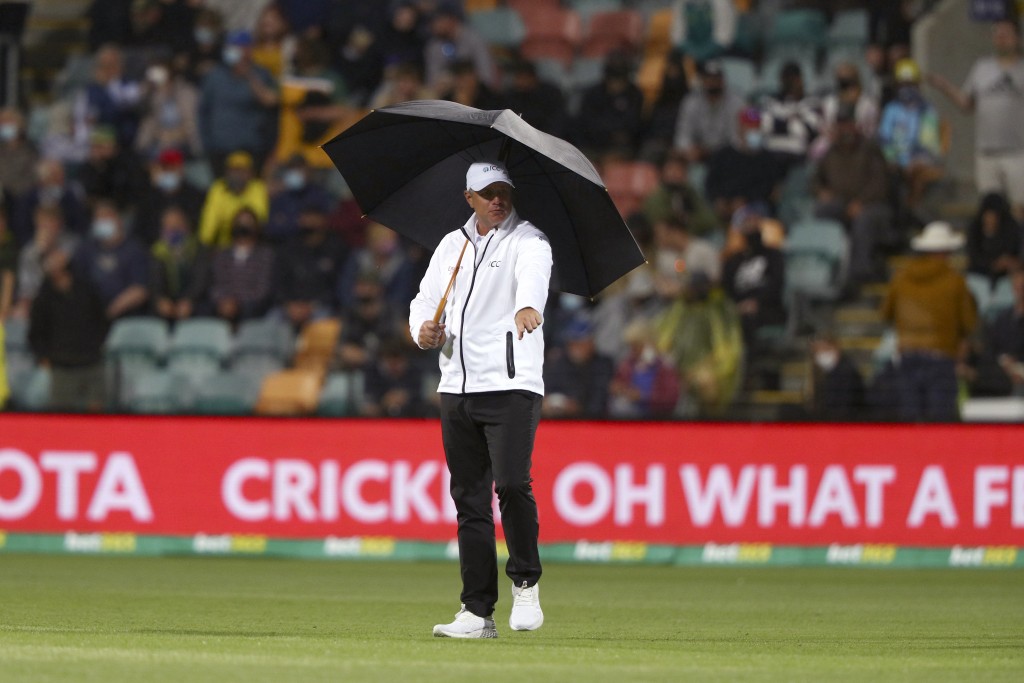 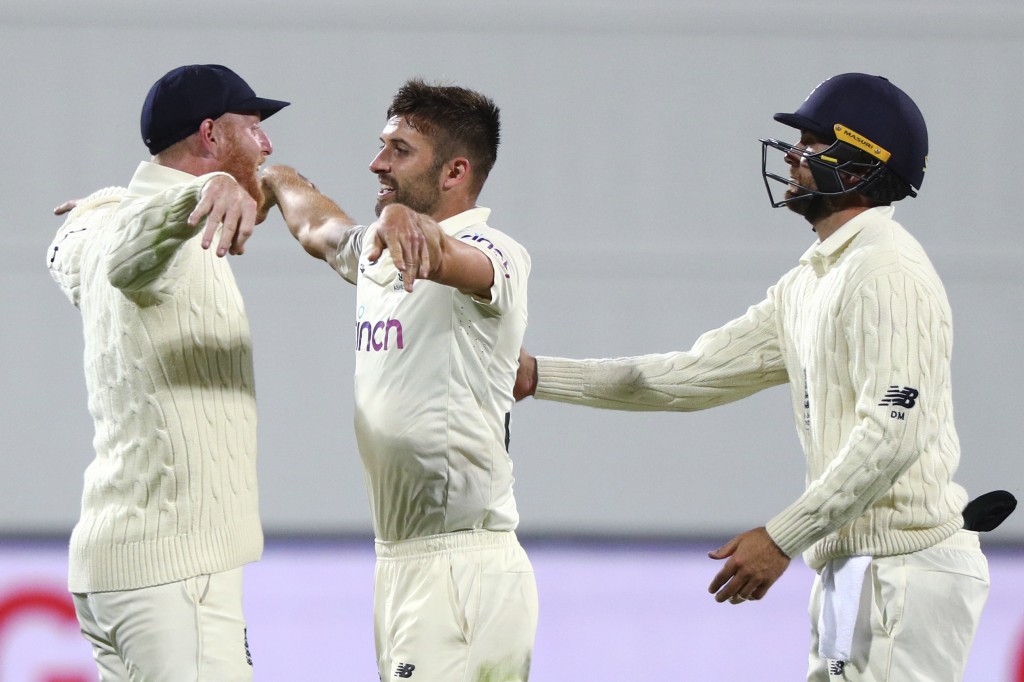 HOBART, Australia (AP) — Travis Head spoiled a promising start for England in the Ashes on Friday with his second century of the series as Australia recovered from 12-3 to reach 241-6 at stumps on a rain-hit first day of the fifth test.

Head, who scored 152 in the opening test at Brisbane, counterpunched England’s early success with an aggressive 101 off 113 balls in the day-night test as Australia came back strongly after losing the toss. Cameron Green contributed an authoritative 74 and Marnus Labuschagne scored a rapid 44 before rain arrived around half an hour after tea and prevented further play.

Head entered with Australia in serious trouble after a brilliant spell of swing and seam bowling from Ollie Robinson (2-24), one of the five changes England made, and Stuart Broad (2-48) on a lively green wicket.

Head, who missed the Sydney test due to the coronavirus, first put the innings back on track with a 71-run stand with Labuschagne, but not before Zak Crawley had dropped Labuschagne at second slip before the batter had scored.

That drop proved costly for England which has already lost the Ashes after losing the first three test matches at Brisbane, Adelaide and Melbourne before the draw in Sydney.

“Nice to be back and contributing,” Head told Channel 7. “I was really conscious of making the right decisions -- attacking the right balls, defending the right ones, being hard to get out. I felt like I came into this test ready to go.”

Labuschagne counterpunched the pace of Chris Woakes (1-50) and Mark Wood (1-79) by clobbering nine boundaries before getting dismissed in a bizarre fashion just before the first session.

Labuschagne was clean bowled in an unusual style when he appeared to slip in the crease and Broad had the middle stump knocked back with the batsman falling over on his knees while going way across his stumps.

But Head and Green continued to prosper against Wood and Woakes in a dominant middle session which yielded 130 runs. Head played some exquisite drives on both sides of the wicket, particularly in front of square as he hammered 12 boundaries before raising his century by cutting Woakes to backward point for two runs.

However, Head fell a ball later after reaching his hundred when he lobbed a gentle catch to mid-on. Green didn’t have trouble with the pace before he finally fell to a trap set by captain Joe Root as he pulled Wood’s short delivery straight to Crawley who was perfectly stationed at deep mid-wicket.

Earlier, Robinson and Broad made most of the favorable English-like overcast conditions and had Australia in early trouble.

Khawaja, the twin century-maker in Sydney, also couldn’t negotiate the seam of Broad and edged to slip after scoring six runs before Robinson found the thick outside edge of Steve Smith (0) as Australia slipped to 12-3 in its first innings inside the first 10 overs.

England also appeared to have run out of patience with out-of-form opener Haseeb Hameed, while Jimmy Anderson and Jack Leach were also omitted.