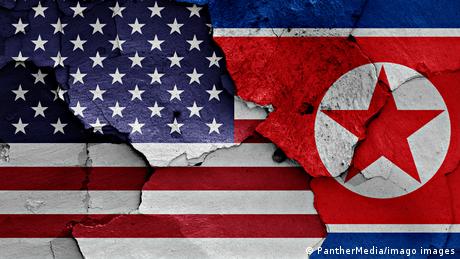 In a statement carried by state news agency KCNA, a North Korean Foreign Ministry spokesperson said that the recent development of weapons did not target any specific country and were just part of North Korea's efforts to modernize its national defense capability.

'An evident provocation and gangster-like logic'

North Korea has engaged in a number of missile launches, including two launches that were made since last week.

On Wednesday, the United States imposed sanctions on five North Koreans linked to the country's ballistic missile program in response to the tests.

North Korea's foreign ministry said in a statement that the US sanctions show that Washington "is still engrossed in its policy of isolating and stifling" North Korea.

"The U.S. accusation of [North Korea]'s legitimate exercise of the right to self-defense is an evident provocation and a gangster-like logic," the statement said.

What did the US say about the launches?

US Secretary of State Antony Blinken said in a Thursday interview with US broadcaster MSNBC that North Korea may be seeking attention with its missile launches.

"I think some of this is North Korea trying to get trying to get attention. It's done that in the past; it'll probably continue to do that," Blinken said.

Blinken called the missile tests "profoundly destabilizing," and added that "it's dangerous, and it contravenes a whole host of UN Security Council Resolutions."

Blinken also called for North Korea to sit down for talks and said that the United States had no "hostile intent" toward North Korea.