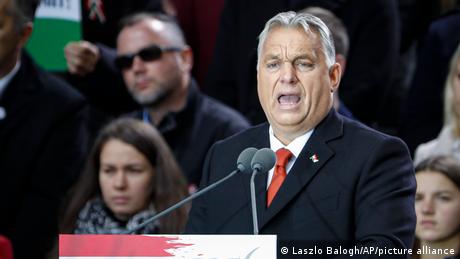 In an open letter published by the Helsinki Committee in Budapest on Thursday, some 20 civil society organizations wrote, "The Hungarian elections in 2022 will be one of the most important stress tests for democracy in Europe and in the EU."

Prime Minister Viktor Orban, a darling of the international far right, has already challenged the legitimacy and fairness of elections in the country he rules.

Orban has misused state funds, made use of aggressive anti-immigrant messages, and worked to transform the media landscape into one that favors him and his party.

The last elections in Hungary took place in 2018 and Orban has significantly tightened his grip on power since.

Civil society groups are concerned about the fairness of the country's elections after several procedural alterations since the last elections, including redistricting, the dominance of the ruling party Fidesz, notably on media and advertising, as well as recent laws that support vote-rigging and residence registration.

What is Hungarian civil society requesting?

Hungarian civil society activists called for the Organization for Security and Cooperation in Europe (OSCE) to send an election observer mission.

In their open letter, the civil society organizations said an OSCE observer mission "would significantly increase public confidence in the electoral process, deter irregularities during the final campaign days (and on election day itself) and thus safeguard the fairness of the democratic process."