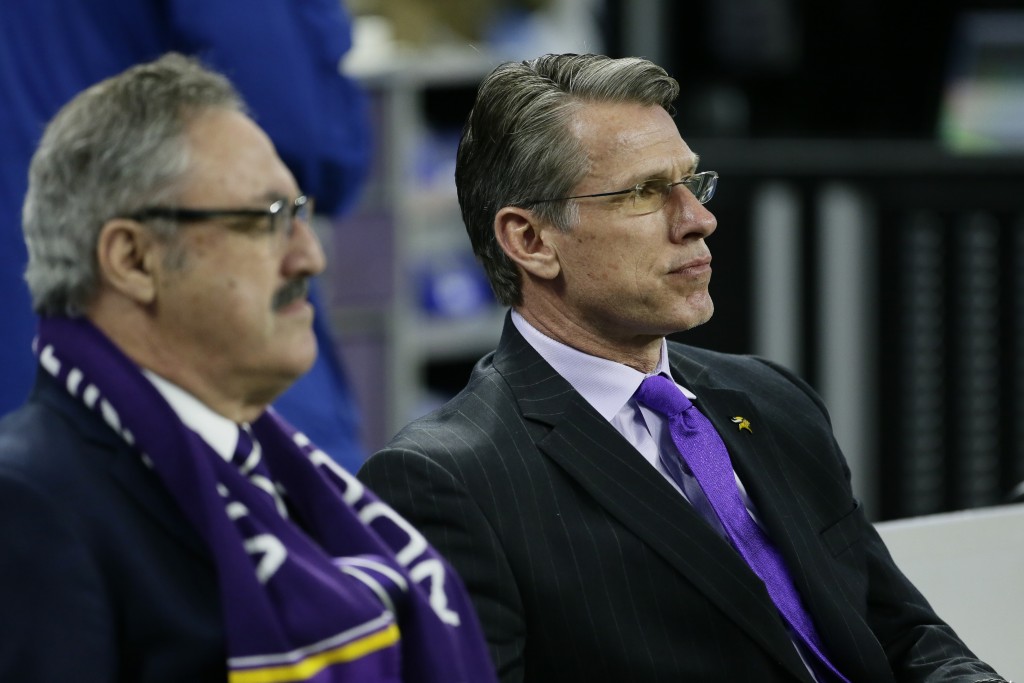 MINNEAPOLIS (AP) — The Minnesota Vikings have targeted a diverse set of candidates for their general manager vacancy, including one woman: Philadelphia Eagles vice president of football operations Catherine Raîche.

Two people with knowledge of the process confirmed Thursday that the Vikings have requested an interview with Raîche. The people spoke to The Associated Press on condition of anonymity because the team was not publicizing the requests.

Raîche is in her third season with the Eagles. She was hired in 2019 as a coordinator of football operations and player personnel. Prior to that, the Montreal native worked five years in the Canadian Football League in the front offices of both the Toronto Argonauts and Montreal Alouettes.

There are currently no women at the top of any team's football operations, but as the NFL has lent more support in recent years, more women have risen to leadership roles around the league. Before the season, the Denver Broncos hired Kelly Kleine as executive director of football operations and special adviser to the general manager. Kleine worked her way up with the Vikings in college scouting and became their manager of player personnel.

In baseball, Kim Ng is general manager of the Miami Marlins.

Ossenfort is a native of Luverne, Minnesota, who played football at Minnesota-Morris when it was an NCAA Division II program. He was a training camp intern with the Vikings in 2001.

Wolf is the son of Ron Wolf, who was general manager of the Green Bay Packers from 1991-2001 and the architect of the Super Bowl-winning team in 1996. Eliot Wolf was a candidate in 2018 with the Packers when their general manager job was open, but Brian Gutekunst was promoted instead.

Adofo-Mensah, Brown, Cook and Poles are Black. Minorities have lagged behind their white peers in landing top front office jobs in a league with Black players accounting for more than two-thirds of the on-field workforce, mirroring a similar hiring imbalance within the ranks of head coaches. The NFL has upped its efforts to promote more minority candidates.

Since owners Zygi Wilf and Mark Wilf took over the team in 2005, the Vikings have hired or promoted several minorities and women to executive roles on the business side.

The Wilfs fired general manager Rick Spielman and head coach Mike Zimmer on Monday after the Vikings finished 8-9 and out of the playoffs for a second straight year. Spielman had been the top-ranking person in football operations since joining the team in 2006. Zimmer was hired in 2014.