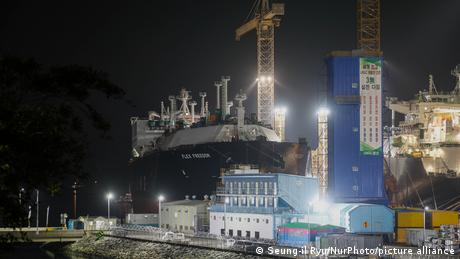 What has the EU said?

The EU said in a statement, Hyundai Heavy Industries Holdings' bid to take over rival Daewoo Shipbuilding & Marine Engineering "would have created a dominant position by the new merged company and reduced competition in the worldwide market for LNG carriers."

Why has the EU blocked the merger?

European customers comprise roughly half the orders for LNG vessels in what is a $45 billion market.

Due to the complexity of shipbuilding, it is a difficult field to enter as an upstart.

Thursday's decision is only the tenth merger the EU has moved to block in the last decade among 3,000 such approval requests.

EU rules permit it to block mergers beyond the bloc's borders if a merger would affect the EU's economy.