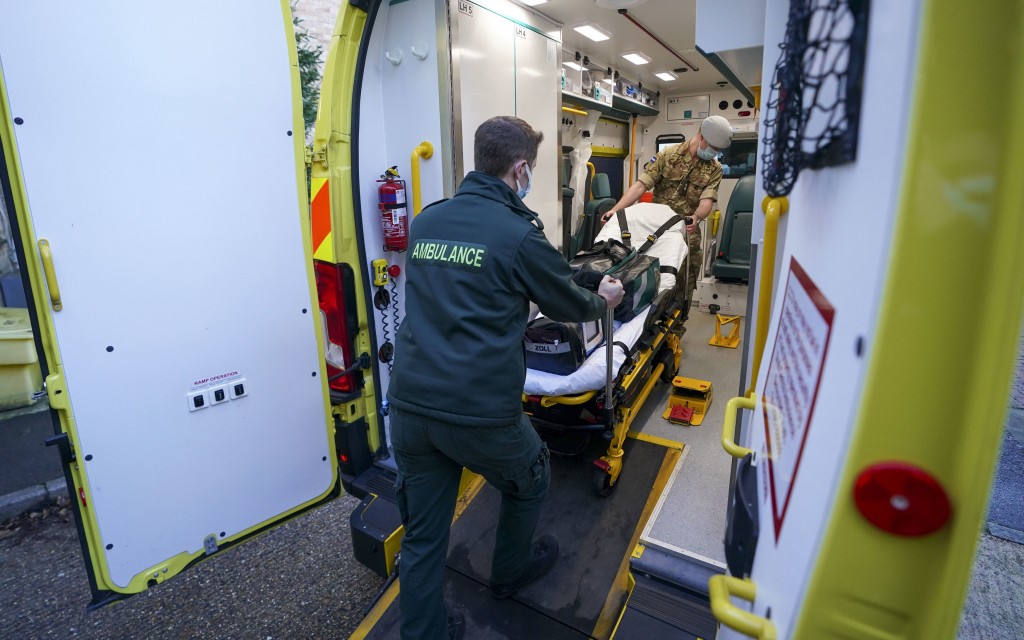 LONDON (AP) — British officials said Thursday the self-isolation period for people in England who test positive for COVID-19 will be reduced from next week to five full days, instead of seven.

Health Secretary Sajid Javid also said that early signs indicate that the rate of hospitalization from the coronavirus in the country is starting to slow.

Javid told Parliament that official data suggested two-thirds of people are no longer infectious by the end of the fifth day after they test positive. He said that starting Monday, those infected can leave isolation from the start of day 6, after taking two negative tests.

Currently, those infected can be released from self-isolation after seven days if they test negative on both days six and seven.

Javid urged people to continue to self-test for the virus, so that “we can restore the freedoms to this country while we’re keeping everyone safe.”

The U.K. saw record numbers of daily confirmed infections over Christmas and New Year, topping 200,000 cases on some days, as the more transmissible omicron variant spread rapidly. Industries from retail to education, and infrastructure like public transport and postal services, have been severely disrupted because scores of workers had to isolate and could not go to work.

Javid told lawmakers that although hospitals will “remain under significant pressure” over the coming weeks -- with almost 17,000 COVID-19 patients in hospitals in England -- the current wave of the pandemic has not seen an increase in intensive care patients.

Official data showed “encouraging signs” that cases were falling in London and eastern England, he added, but infections were rising elsewhere in the country.

Javid stressed that vaccines, testing and antiviral treatments continue to be the best way to “protect our health and our freedoms as we learn to live with COVID.”

The U.K. has entered the third year of coping with the pandemic “but this virus is not going away,” he added.