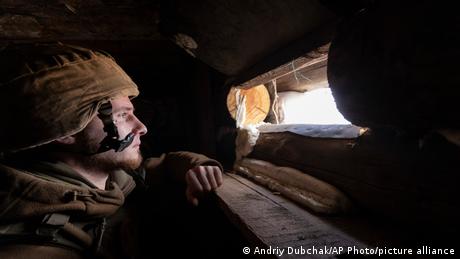 The world's largest security body met in Vienna on Thursday, seeking to bring Russia, the United States and its European allies toward closer dialogue.

The Organization for Security and Co-operation in Europe (OSCE) is hoping to defuse the mounting crisis on Ukraine's border.

Poland kicked off proceedings by warning that "the risk of war in the OSCE area is now greater than ever before in the last 30 years," Foreign Minister Zbigniew Rau told delegates gathered in the Austrian capital. Rau was speaking at the launch of his country's year-long chairmanship of the security-orientated organization.

Russia's envoy to the OSCE is seeking urgency over what it views as "unacceptable threats to our national security," Alexander Lukashevich tweeted on Thursday.

The West has accused Russia of massing tanks, artillery and some 100,000 troops on Ukraine's eastern border.

While the Kremlin insists the military deployment is a response to what it sees as the growing presence of NATO in Eastern Europe, namely the alliance's combat units in Poland and the Baltic republics of Estonia, Latvia and Lithuania. Russia is also keen for NATO to stop deploying missiles in countries such as Poland and Romania.

Russia wants NATO to rescind a 2008 promise that Ukraine could someday join the military alliance.

"For us it's absolutely mandatory to ensure Ukraine never ever becomes a member of NATO," Russia's Deputy Foreign Minister Sergei Ryabkov said after bilateral talks with the US in Geneva earlier this week.

Thursday's talks come amid a week of intense diplomacy, with Russian officials holding talks with the US, NATO and OSCE in Europe.

Russia 'doesn't trust the other side'

There is little chance of Ukraine joining NATO any time soon, according to experts, as Kyiv doesn't meet membership requirements. But Moscow "doesn't trust the other side," Ryabkov said. "We need ironclad, waterproof, bulletproof, legally binding guarantees. Not assurances. Not safeguards."

EU foreign policy chief Josep Borrell said Thursday that there should be no negotiations with Russia so long as Moscow continues with its military presence near its border with Ukraine.