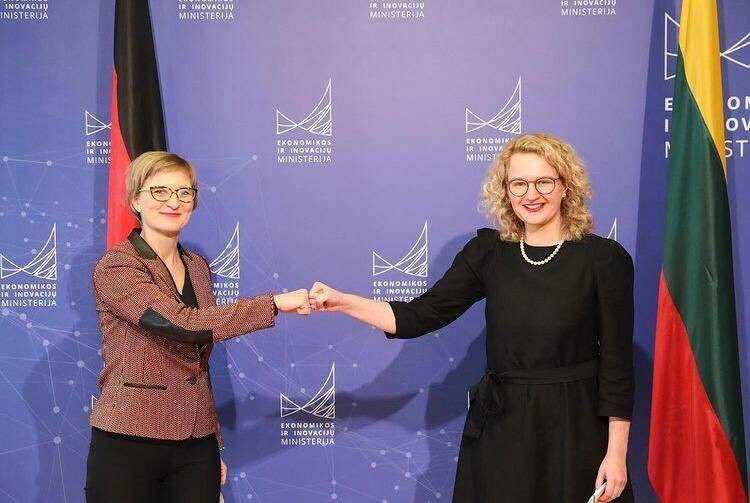 TAIPEI (Taiwan News) — The Ministry of Foreign Affairs (MOFA) on Thursday (Jan. 13) said it is grateful for German and French support for Lithuania’s expanded relations with Taiwan and called on global democracies to stand with the Baltic nation.

Franziska Brantner, parliamentary state secretary for Germany’s Federal Ministry for Economic Affairs and Climate Action, traveled to the Lithuanian capital of Vilnius Tuesday (Jan. 11) to meet with Foreign Minister Gabrielius Landsbergis, Minister of the Economy and Innovation Ausrine Armonaite, and other officials. During the meeting, they discussed China’s economic pressure on Lithuania and possible EU decisions and measures to counter Chinese coercion on any EU member state.

MOFA Spokesperson Joanne Ou (歐江安) said at a regular meeting on Thursday that Taiwan is thankful for the “voices of solidarity and justice.” She emphasized that the EU adheres to the concept of economic reciprocity and mutual economic benefits and promotes a free and open market, per the Liberty Times.

Ou criticized China's political and economic coercion for not only encumbering European economic and trade development and disrupting global trade but also impacting WTO member states’ economic development and the livelihoods of their people. She called on all democracies to stand with Lithuania and jointly reject China's coercion tactics and attempts to undermine international rule of law.