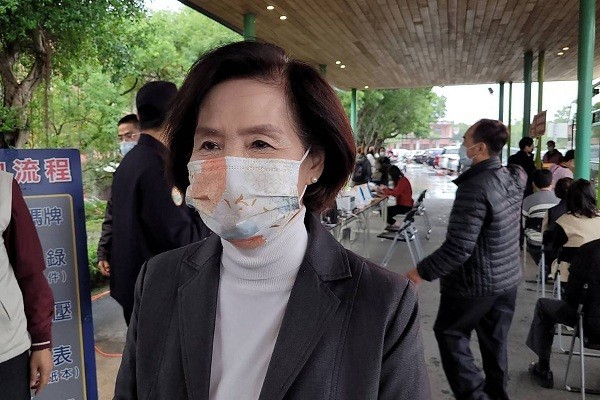 While investigators did not reveal what the focus of their actions was, media reports noted that Lin had served as mayor of Luodong before being elected to the county leadership post in 2018 as the Kuomintang (KMT) candidate.

After obtaining search warrants, agents for the Yilan District Prosecutors Office and the Ministry of Justice's Agency Against Corruption showed up at the county government building and Luodong Township offices for a raid which was completed by 1 p.m., CNA reported. However, Lin is still being questioned, as are an unspecified number of local government officials, reports said.

The county chief had been scheduled to appear at a public event in a park in Luodong at 9:30 a.m., but at the last minute, the county government announced she would send her deputy instead.

One of the other officials facing questioning is the head of the county’s Land Administration Department, Yang Chung-ming (楊崇明). During the search of his office, investigators covered the windows in paper to prevent the media from filming inside, CNA reported.

A county spokesman said the administration would cooperate with the prosecutors, even though it does not know what the investigation is about.