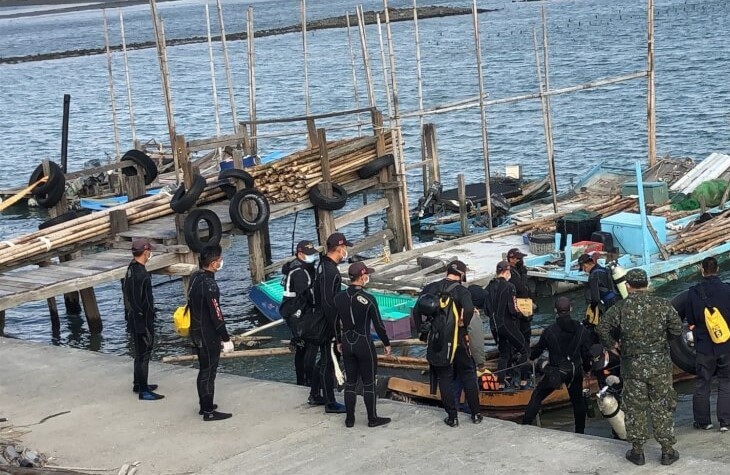 TAIPEI (Taiwan News) — The military on Thursday (Jan. 13) continued its search for Air Force Captain Chen Yi (陳奕), who piloted the F-16V fighter jet that crashed off the coast of Chiayi on Tuesday morning.

The weather at the suspected crash site improved, with good visibility at sea. Helicopters continued to scour the area at low altitudes, while many rubber rafts were launched out to sea to help with the search. The military also made preparations for an offshore platform at the crash site to facilitate operations and dispatched aircraft and naval underwater units to aid in the search, CNA reported.

At approximately 10 a.m., a fisherman surnamed Zheng (鄭) informed the military that a suspected human leg bone had been found on the shore near the crash site. It has been taken away for closer analysis and identification.

In the afternoon, a fisherman, Chen Jun (陳峻), who was volunteering to help find the missing pilot, told media that multiple parts of the fighter jet varying in size were found scattered on a sandbar and had already been handed over to the military.

The Air Force Command Headquarters on Tuesday said that an F-16V took off from Chiayi Air Base at 2:55 p.m. on a routine training mission. As it reached the coast of Chiayi County's Dongshi Township, the jet suddenly disappeared from radar screens and ground crews lost contact with the pilot.