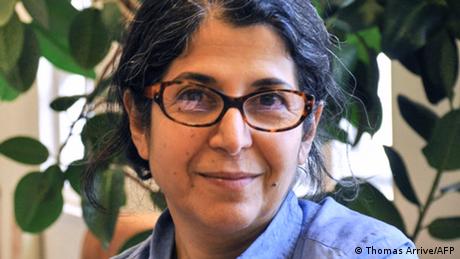 The ministry demanded her immediate release.

Adelkhah had been sentenced to five years in prison but was recently living under house arrest.

What did the French ministry say?

"The decision to re-incarcerate her, which we condemn, can only have negative consequences on the relationship between France and Iran and reduce the trust between our two countries," the ministry said in a statement.

The Foreign Ministry spokesperson stated that Adelkhah's incarceration was "purely political and arbitrary."

In a January 12 tweet, her support group said that Adelkhah had been sent back to Evin prison in Tehran.

Adelkhah is a well-known expert on Iran and Shiite Islam affiliated with France's Sciences Po university. Her colleague and partner, Roland Marchal, was also detained but later released in a prisoner exchange with France.

Adelkhah was arrested in 2019 and given a five-year prison sentence in 2020 over "security charges including conspiring against national security." Previous charges of espionage, which carry the death penalty, were dropped in January 2020.

In 2020, French president Emmanuel Macron criticized her incarceration and said that she had been arrested arbitrarily. Iranian officials dismissed this as "propaganda."

France and other western powers are currently negotiating a nuclear accord with Iran.