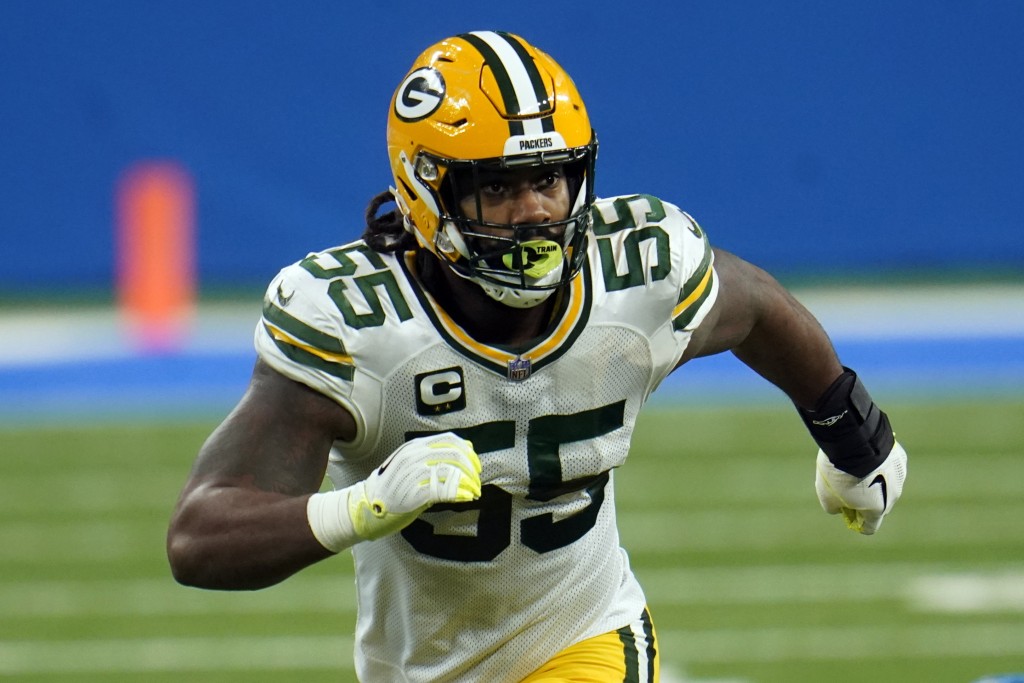 Smith, who recorded a combined 26 sacks for the Packers from 2019-20, participated in the Packers’ practice Wednesday as they begin postseason preparations. The Packers (13-4) own the NFC’s No. 1 seed and lone first-round playoff bye, so they won’t play until Jan. 22 or 23.

“I think we just want to reacclimate him into practice and see how that goes and see how it all meshes before we solidify our plan,” Packers coach Matt LaFleur said. “Luckily, we not only have this week but we have next week to continue to get him up to speed, so to speak.”

Smith hasn’t played since the season opener due to a back issue. He was on the field for just 18 snaps during that opening game, a 38-3 loss to the New Orleans Saints.

That followed a 2020 season in which he earned second-team honors in the All-Pro voting.

“He hasn’t been really in the system other than one game, so we’ve got to make sure he understands his job responsibility, first and foremost,” LaFleur said. “Because as we’ve seen so many times throughout the course of the season, when we have all 11 guys on the same page doing their responsibility and owning their roles, I think our defense can be pretty good. And if you have some undisciplined play, then you get beat.”

Packers outside linebackers Preston Smith, who isn’t related to Za’Darius, and Rashan Gary have stepped up in ZaDarius Smith’s absence. Gary improved his sack total from five in 2020 to 9½ this season. Preston Smith has nine sacks, up from four last season.

In other injury news, quarterback Aaron Rodgers said the toe that was bothering him for much of the second half of the season is starting to feel better. Rodgers said he hasn’t needed to take a pain-killing injection on the toe “in a number of weeks.”

Rodgers says he fractured his left pinkie toe in early November while working out at home during his quarantine after testing positive for COVID-19.

“It was just a pretty standard shot in the toe, very painful, a numbing agent,” Rodgers said. “That helped get me through the games. The whole goal was to be able to not have to do that. It’s been a few games without doing that. So I’m feeling good, practiced today. (I’m) close to 100%, but think I should be 100% by next week.”

Rookie center Josh Myers said he felt good after playing 32 snaps in a 37-30 loss at Detroit on Sunday. That marked the first time Myers had played in a game since suffering a knee injury Oct. 17 at Chicago.

“It’s the first time I’ve ever missed games for an injury in my career,” Myers said. “So, mentally, it definitely took a toll.”

NOTES: The Packers placed guard Lucas Patrick on the reserve/COVID-19 list. ... Guard Ben Braden was signed to the practice squad.