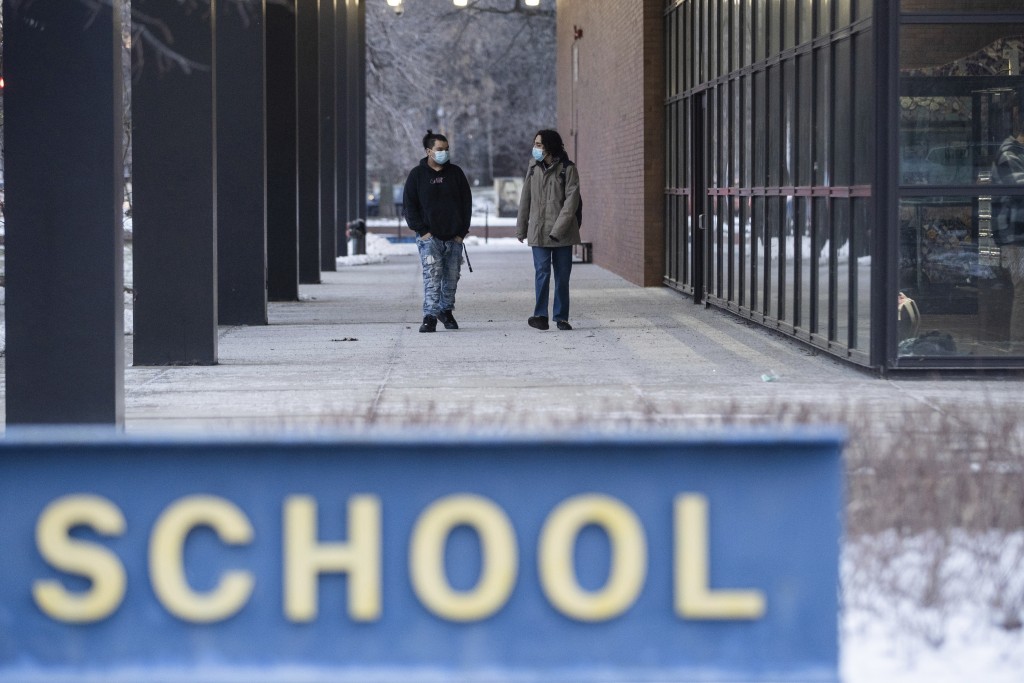 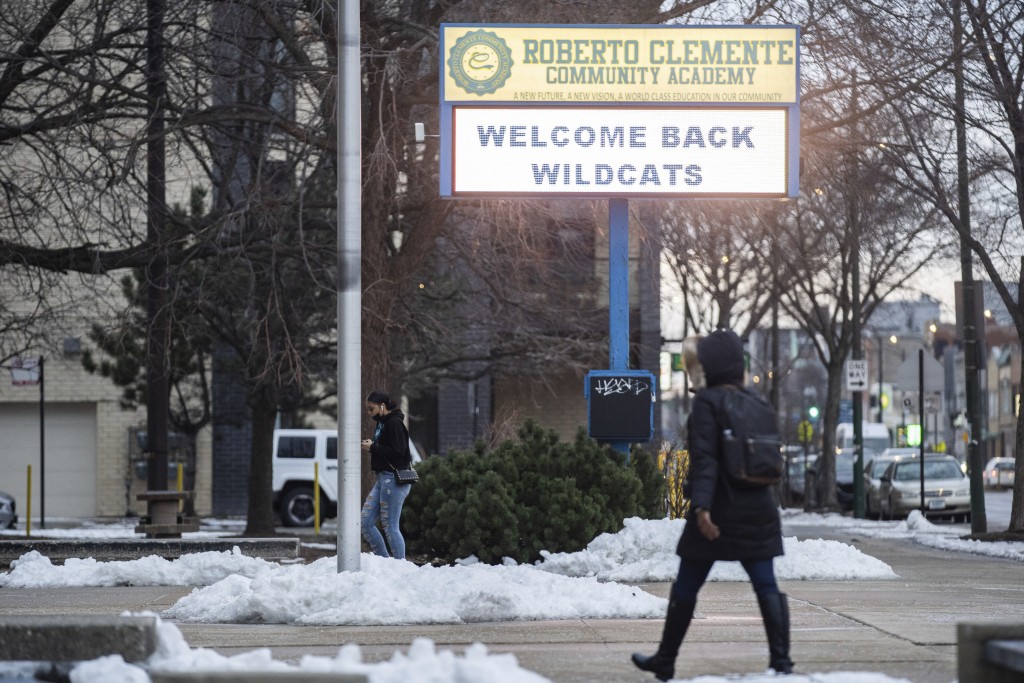 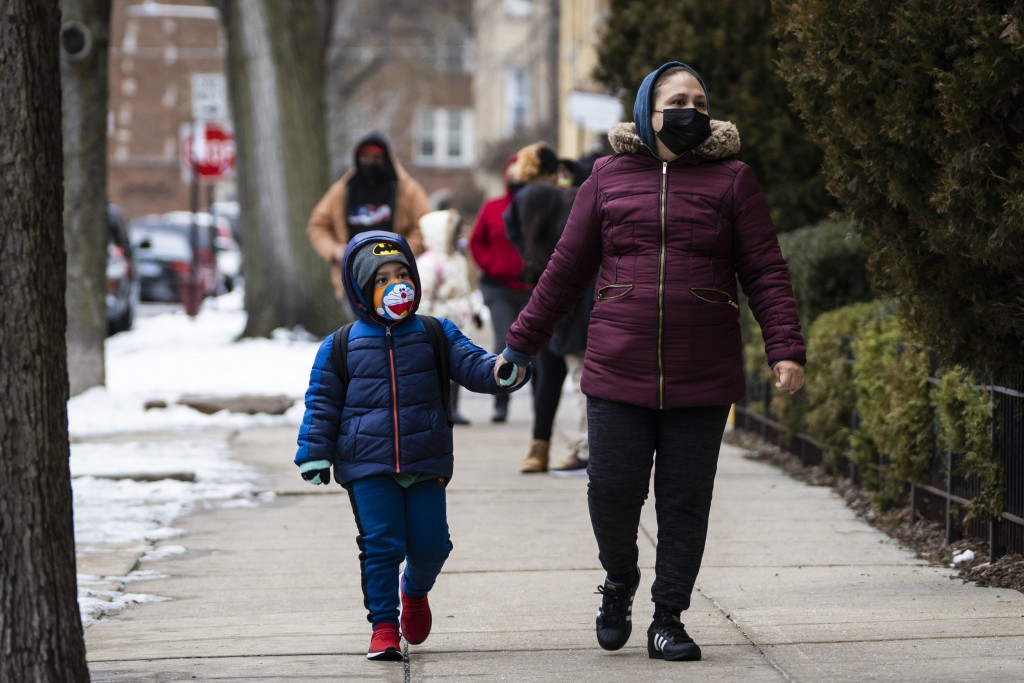 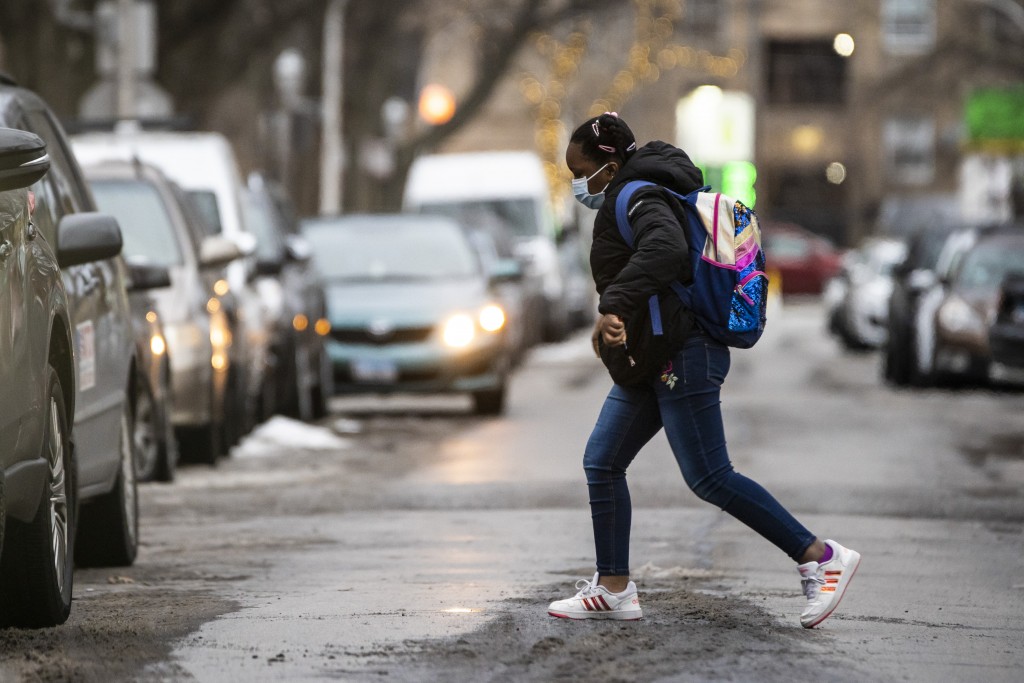 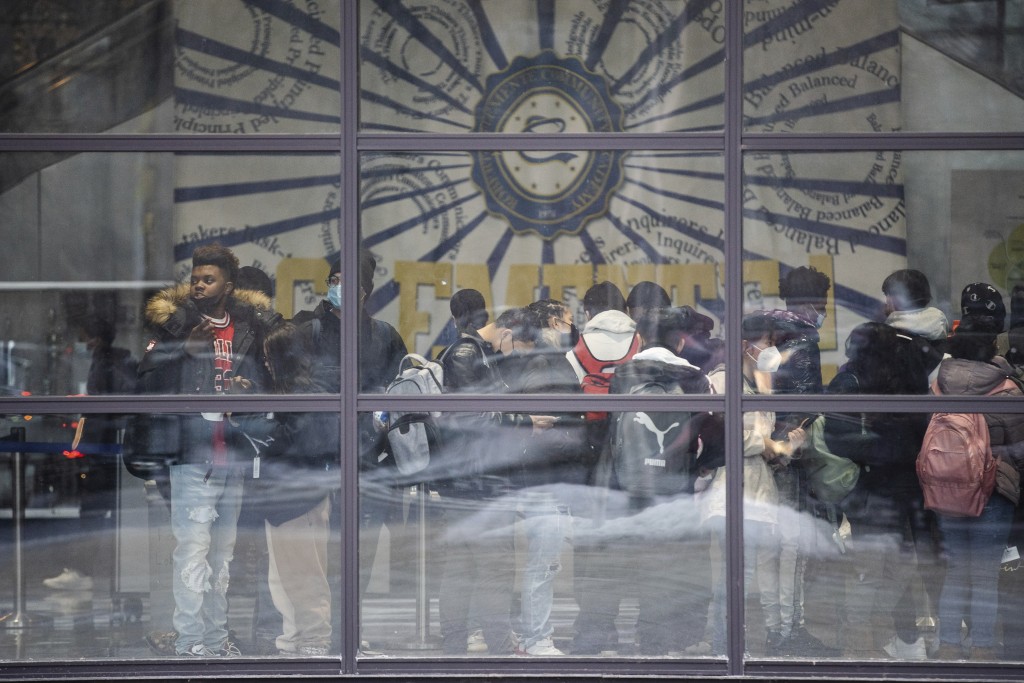 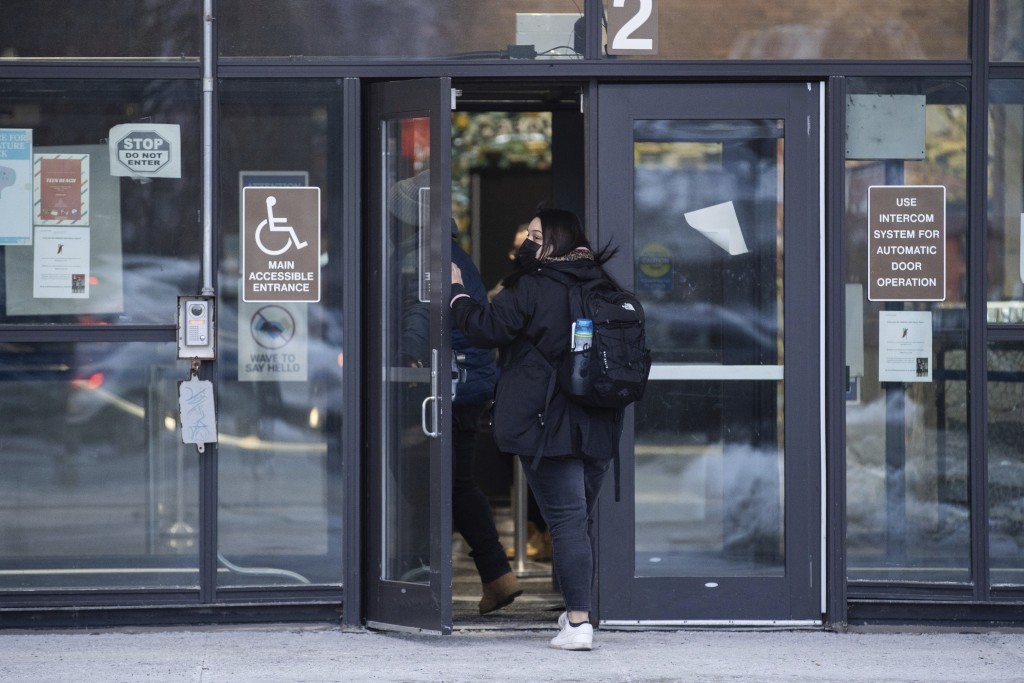 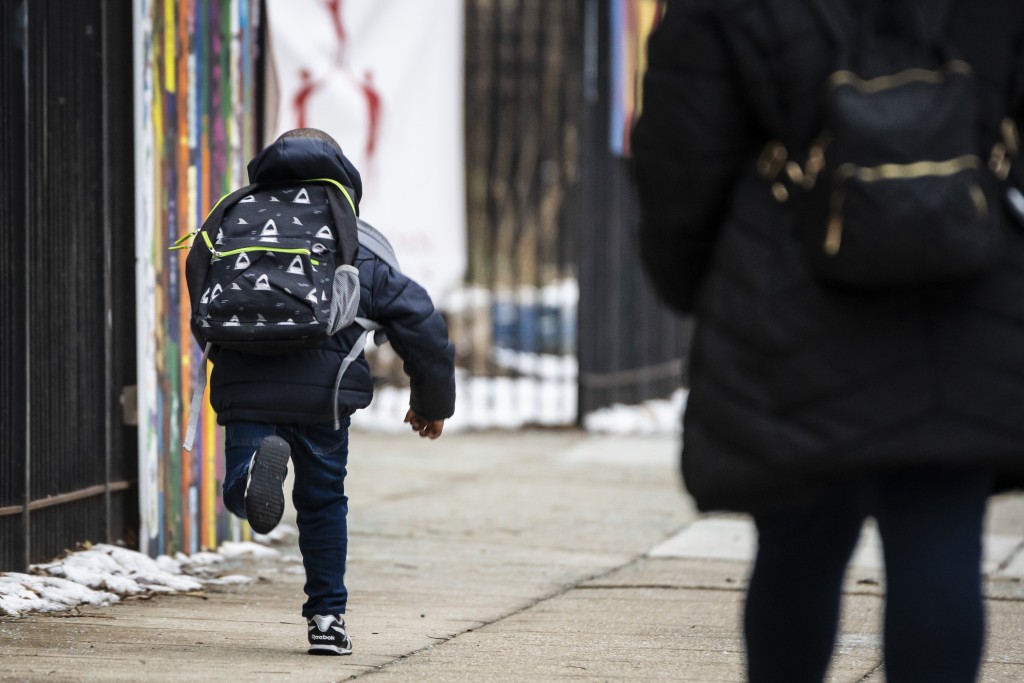 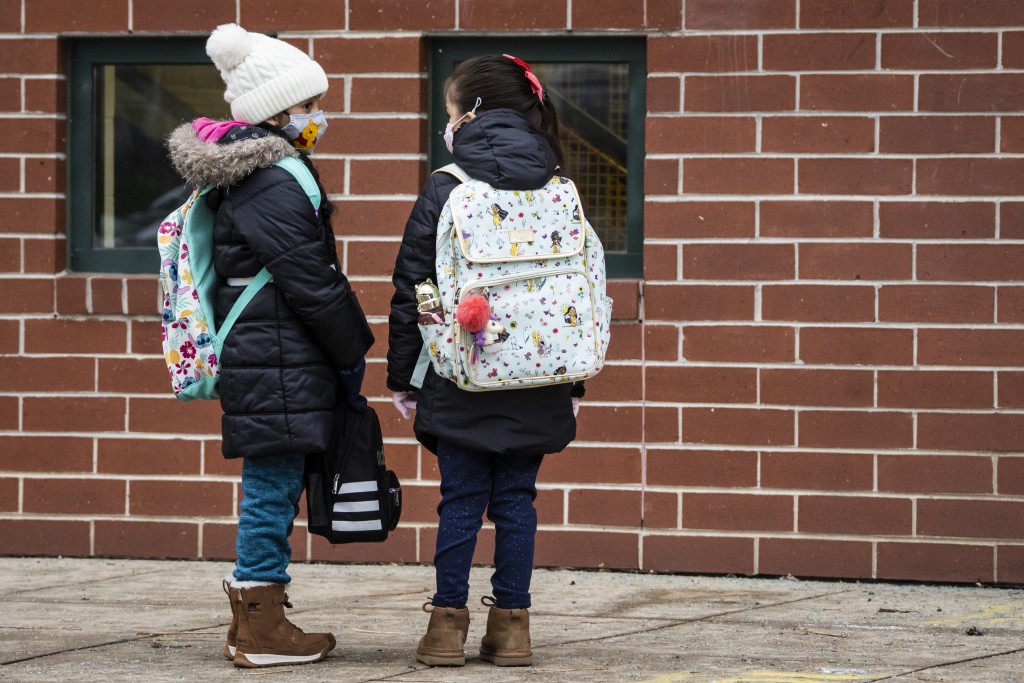 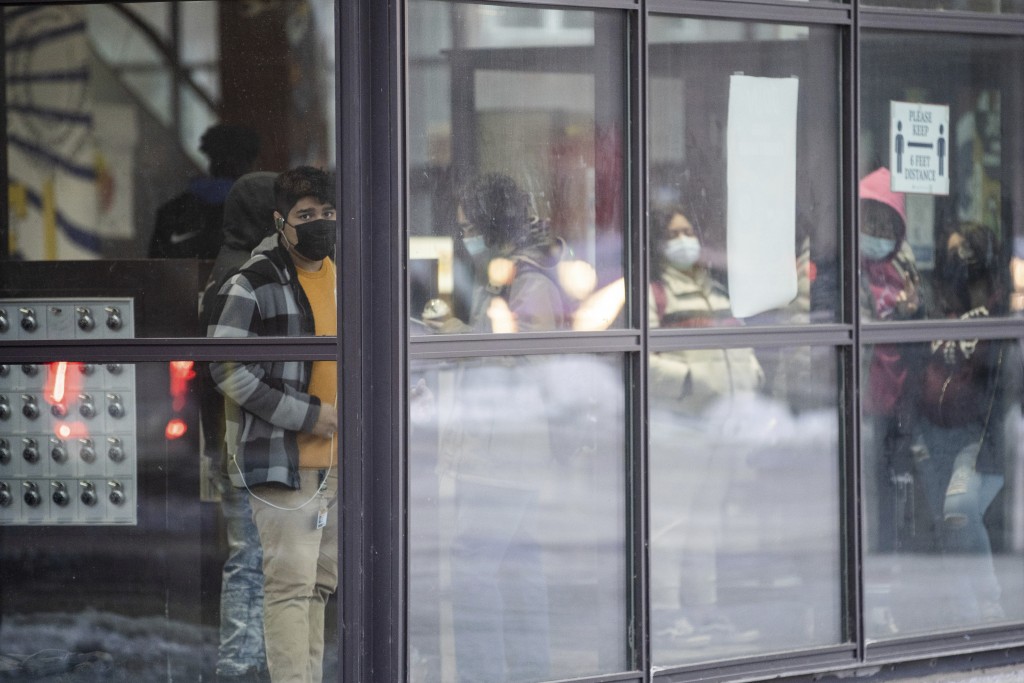 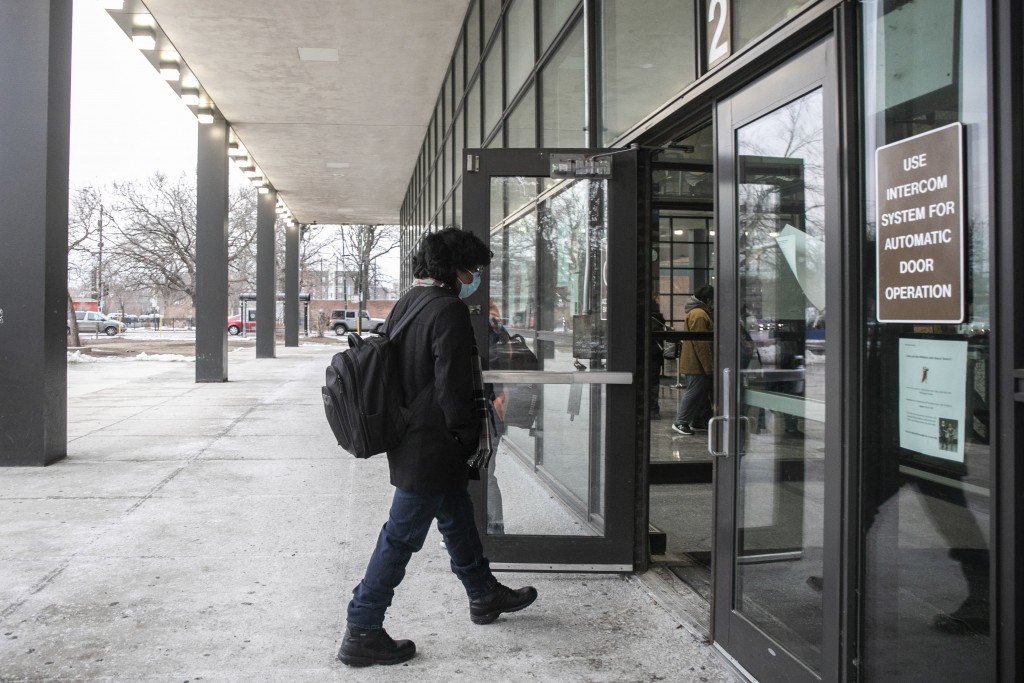 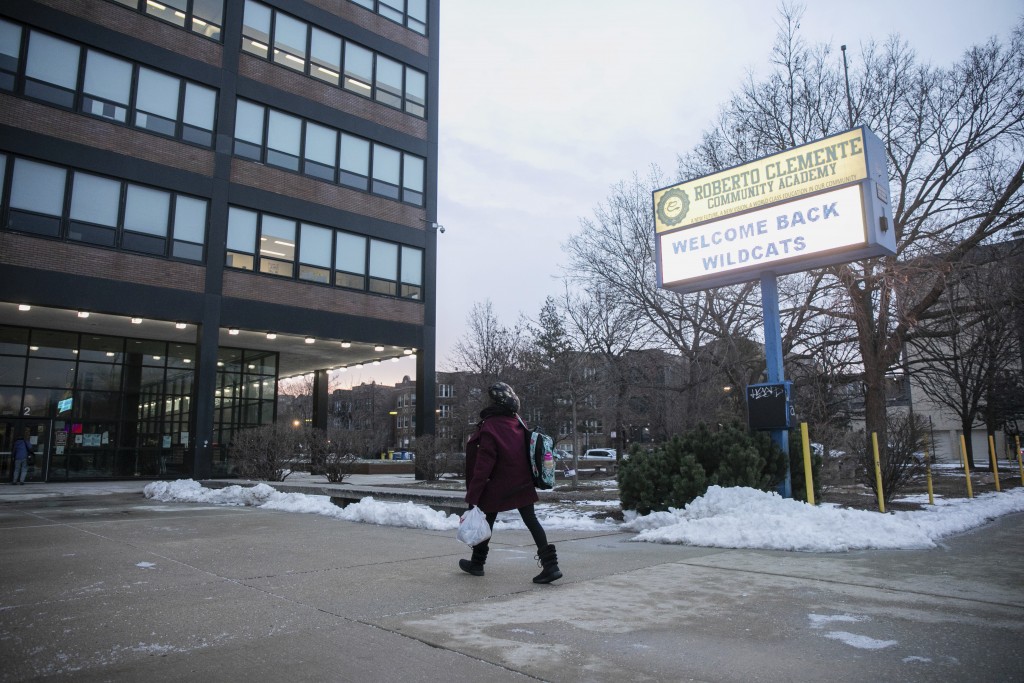 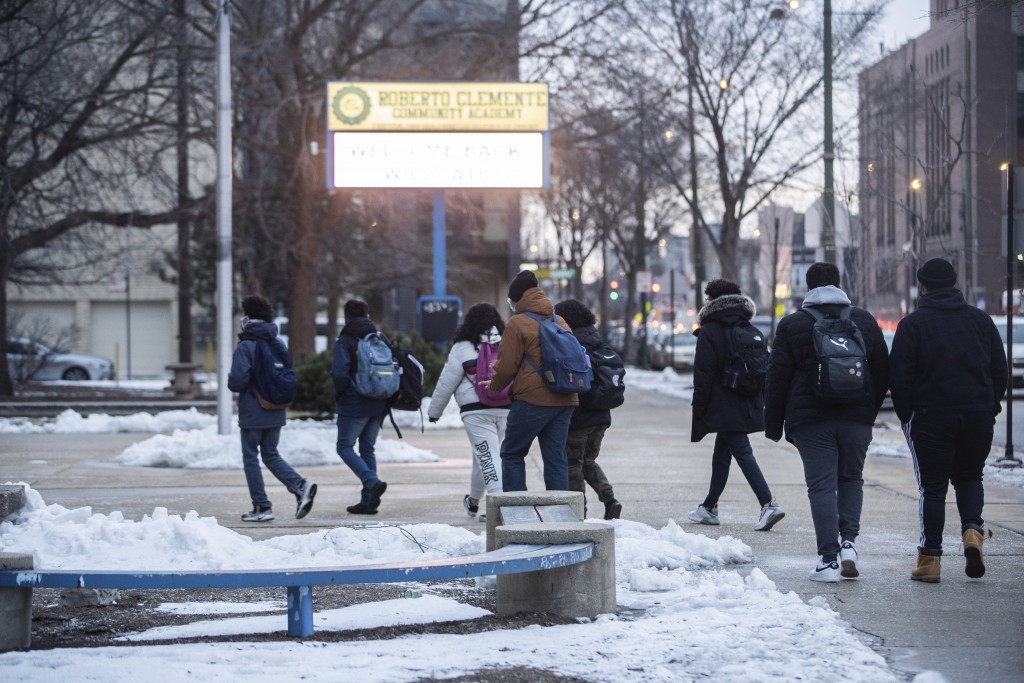 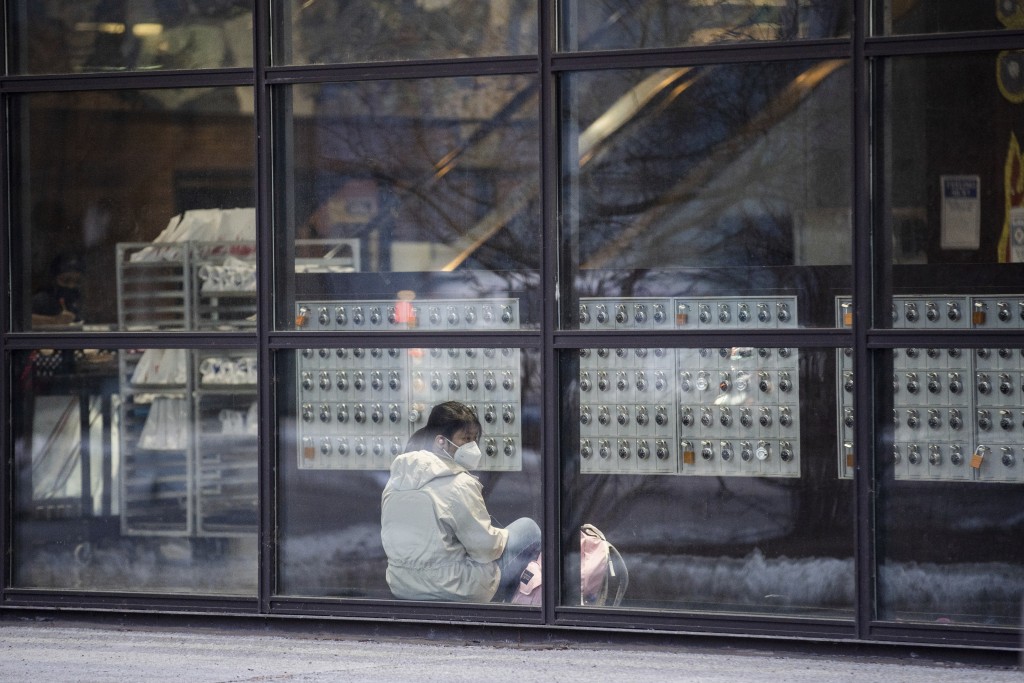 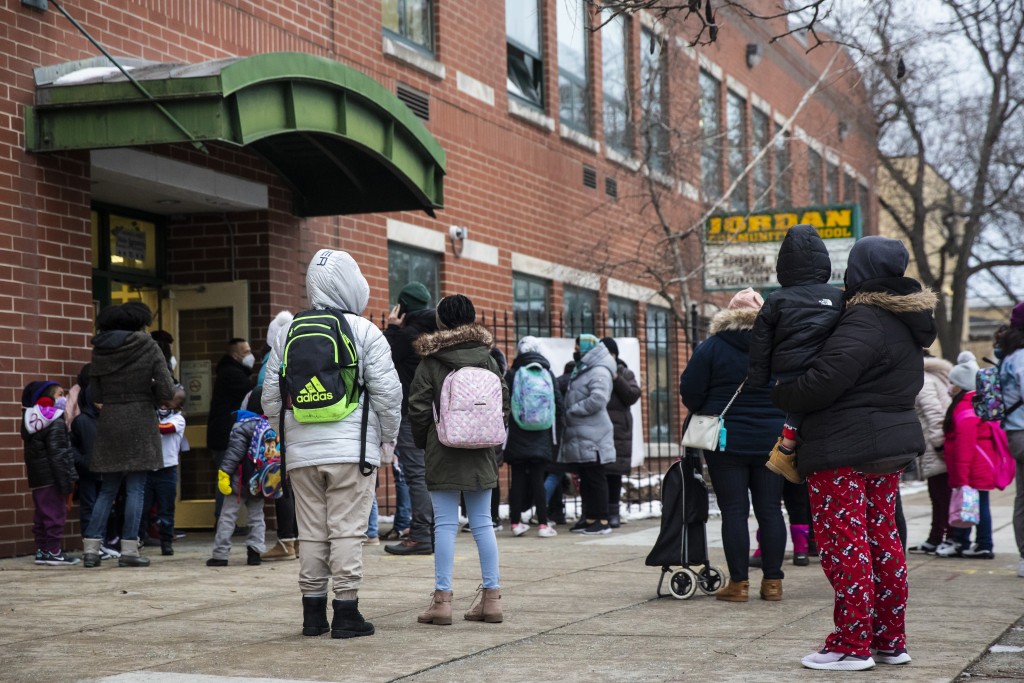 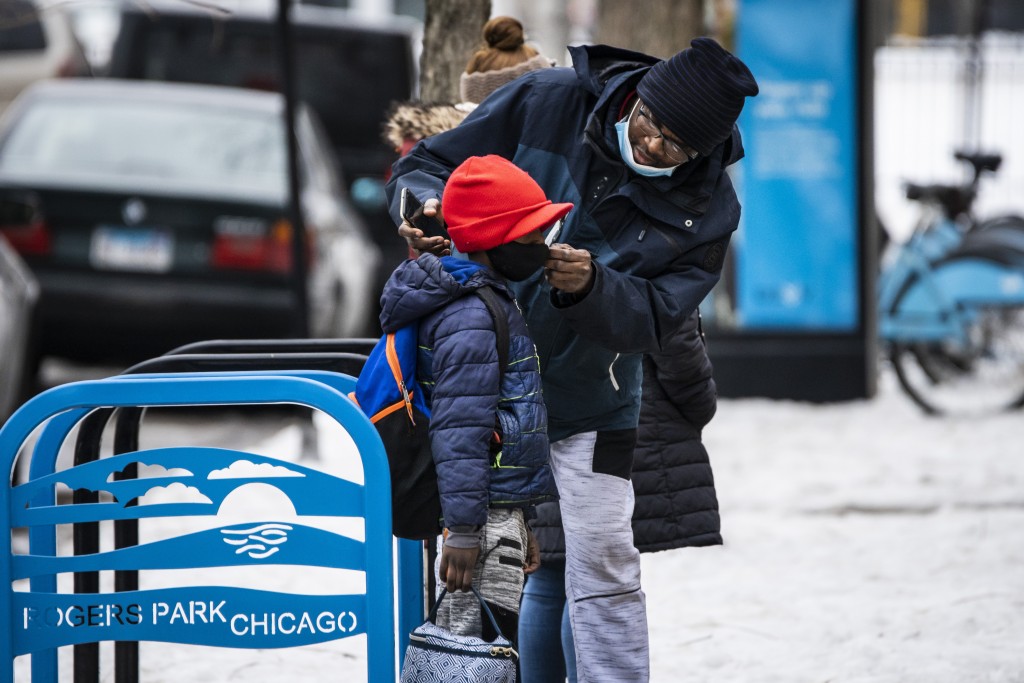 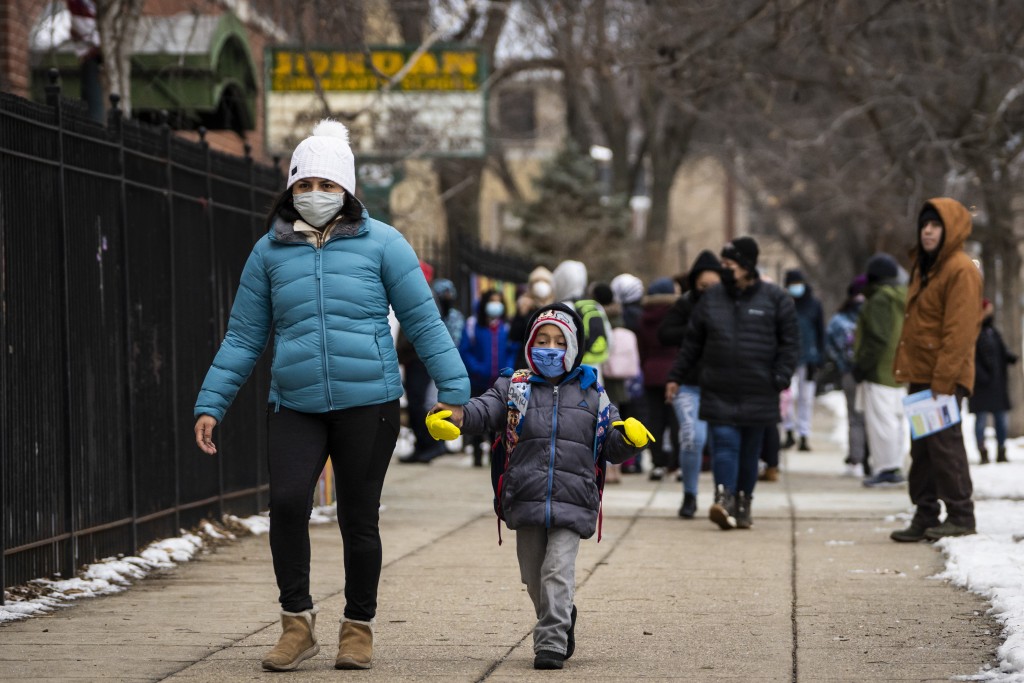 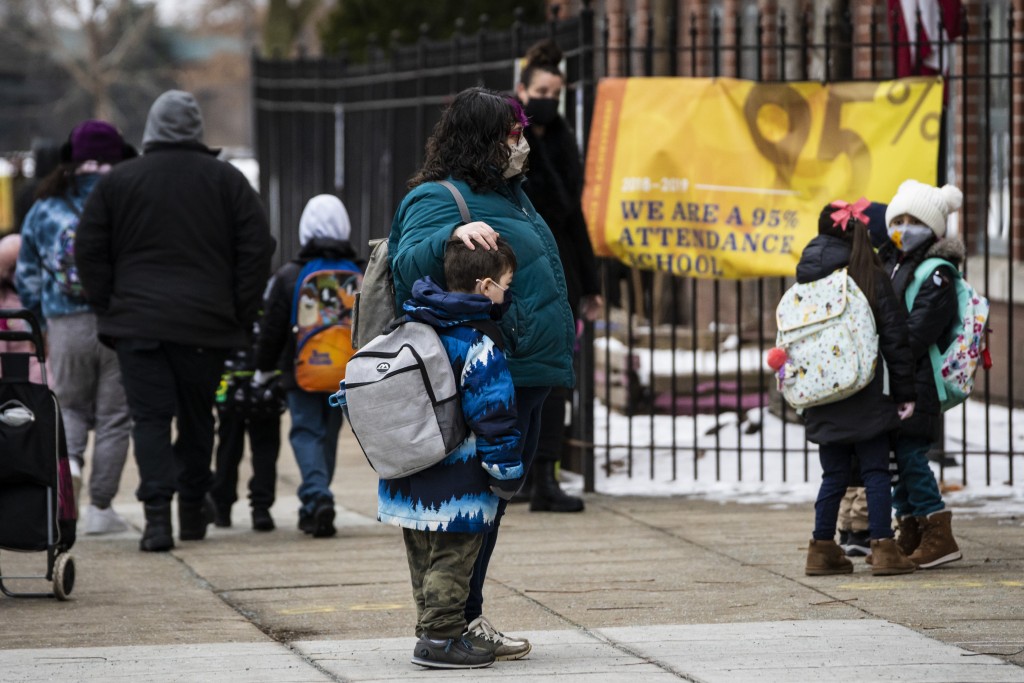 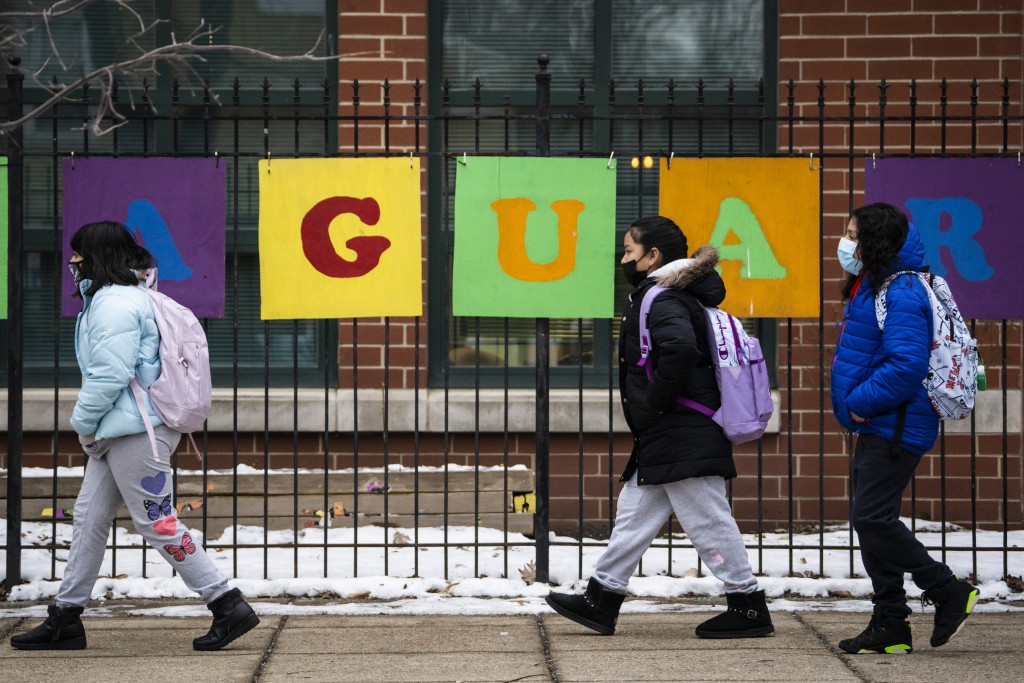 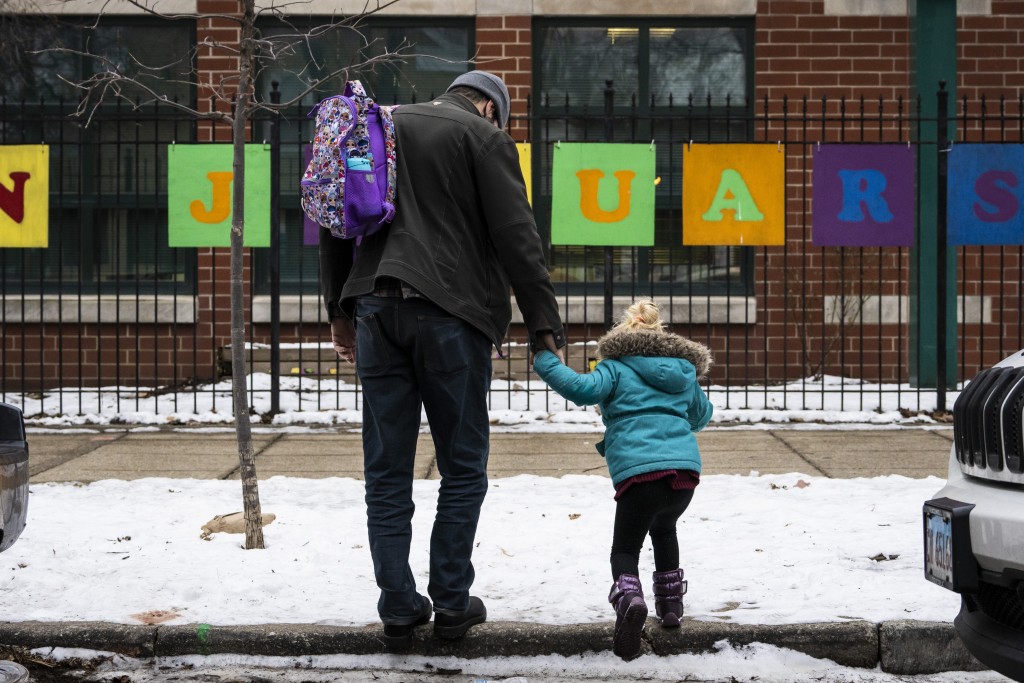 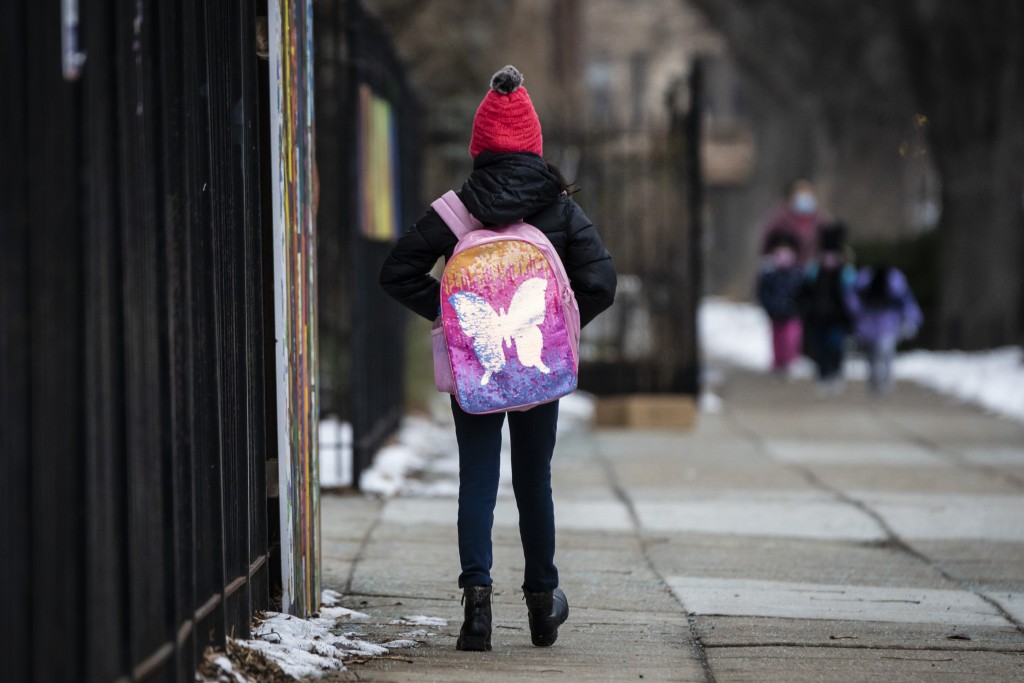 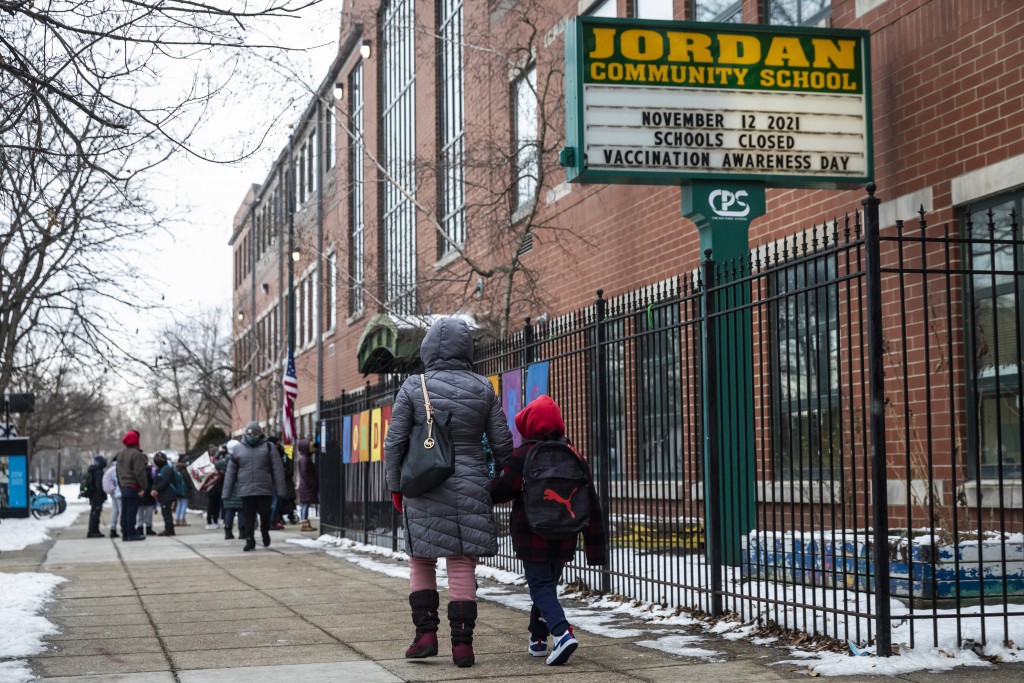 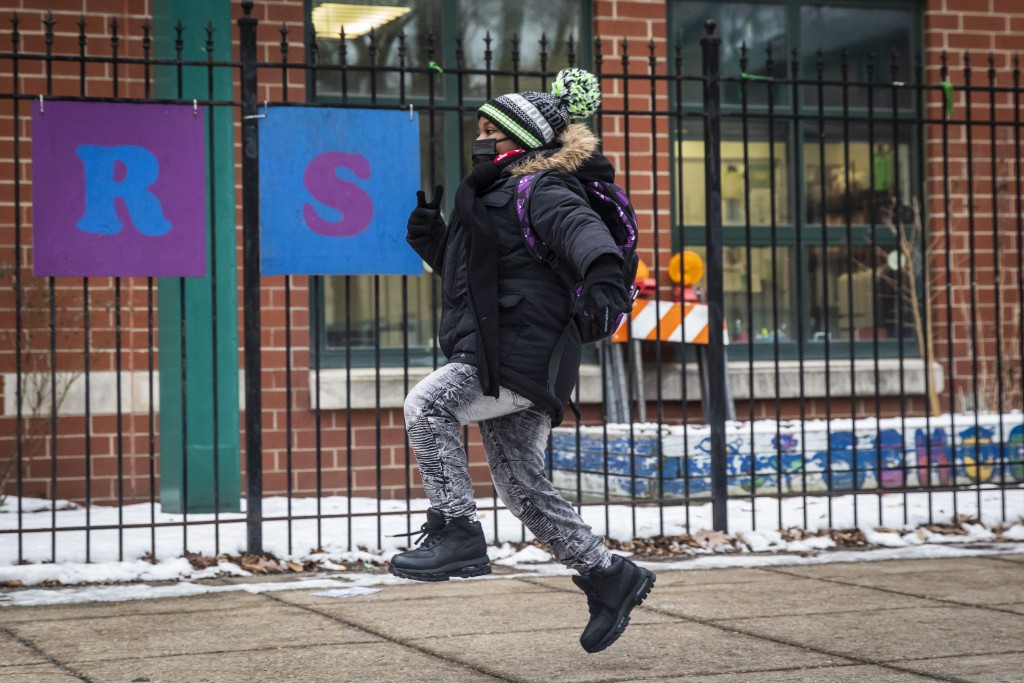 CHICAGO (AP) — Students in the nation's third-largest school district returned to classrooms Wednesday after Chicago Public Schools canceled five days of classes amid a standoff with the teachers' union over COVID-19 safety protocols.

Their return happened the same day the full membership of the Chicago Teachers Union narrowly gave their stamp of approval to the hard-fought safety plan that includes expanded testing and metrics to shut down individual schools during outbreaks. It passed with roughly 56% of the vote.

Leaders of the union gave their tentative approval two days earlier allowing students to return. They urged members to accept it, acknowledging that teachers didn't get initial demands including a commitment to flip to remote learning districtwide during a surge of COVID-19 infections.

“This vote is a clear show of dissatisfaction with the boss," Union President Jesse Sharkey said in a statement, referring to Mayor Lori Lightfoot. “This agreement covers only a portion of the safety guarantees that every one of our school communities deserve ... Our members’ vote today represents a union’s, and a city’s, frustration with a mayor that has simmered since the beginning of this pandemic.

Lightfoot and Schools CEO Pedro Martinez issued a joint statement saying they were pleased with the vote and the agreement would guarantee “predictability and stability for the rest of the school year” in the roughly 350,000-student district.

“We all agree we must prioritize the health and well-being of everyone in our school communities including our kids, families, and staff," they said.

Chicago's struggles to keep educating children during the omicron variant's surge are similar to those faced by districts across the country, but the latest high-profile fight between teachers and Lightfoot, a Democrat, forced attention from the White House and governor's office.

The union, which voted last week to revert to online instruction, told teachers not to show up to schools starting Jan. 5 while talks took place. Lightfoot has referred to the union action as an “illegal work stoppage.” Both sides filed complaints with a state labor board.

Lightfoot — who disclosed Tuesday that she had tested positive for COVID-19 and was isolating at home — repeatedly refused to agree to remote learning districtwide. She also opposed teachers’ demands for a testing program that could randomly test all students unless their parents opted out.

For parents and students in Chicago, the return to schools brought mixed emotions, along with staffing and attendance issues due to infections.

Trinity Washington, a freshman at a high school on the city’s Northwest Side, said she supported the teacher’s push and plans to be more cautious about keeping a mask on at school. She noted that a school dean has contracted COVID-19 and is on a ventilator.

Some schools reported being short-staffed and lower attendance with students out sick or in required isolation following close contact to a person with COVID-19. District officials said about 89% of teachers reported to schools. The district's online COVID-19 infection tracker showed more than 13,000 students and adults were in quarantine on Wednesday.

Some individual classes reverted to remote instruction following infections in the two-day window students returned before the union standoff. One school in the city's heavily-Mexican neighborhood of Little Village was particularly hard hit with “up to 10 classrooms” flipping to remote learning Wednesday, according to the district.

Derrontae Gonzalez, the mother of a 5-year-old boy and a 12-year-old girl in Chicago schools, said she understands why teachers pushed for stricter COVID-19 protocols. But she told The Chicago Sun-Times that the days of cancelled classes were difficult, particularly for her son who has a learning disability.

“I’m not concerned,” Gonzalez said of the return. “I think the school takes precautions to make sure kids are safe. And I make sure my kids have masks.”