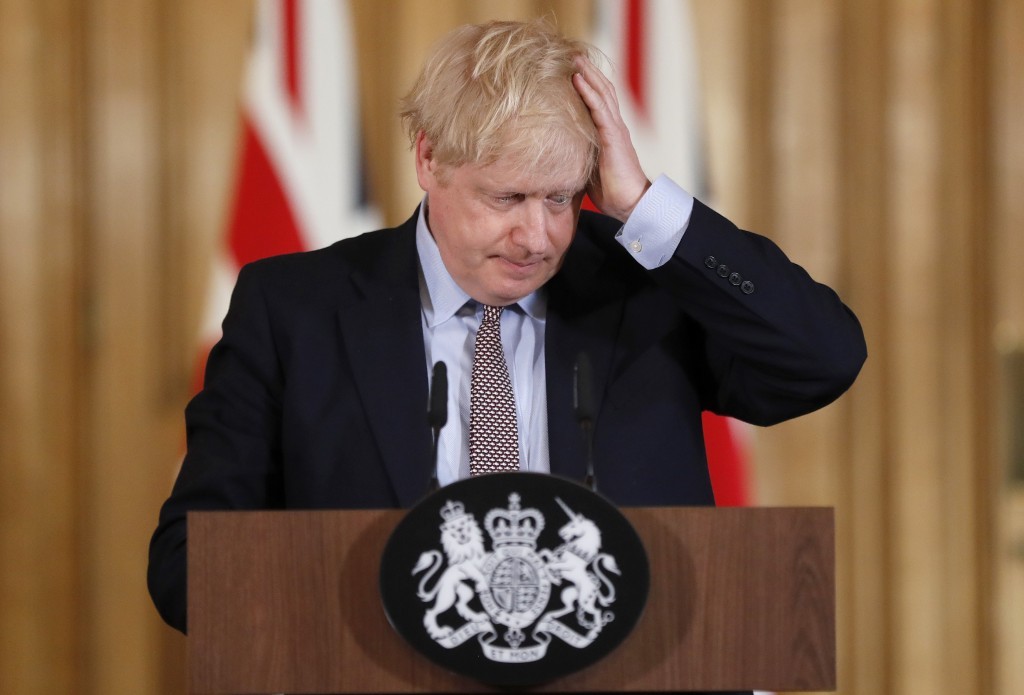 British Prime Minister Boris Johnson will have to fight on Wednesday to defend his premiership after it was revealed a "bring your own booze" gathering was held at his official residence during the first coronavirus lockdown.

Opposition lawmakers have called for Johnson to resign and some in his own Conservative Party have said he should quit if he is found to have broken strict laws his government brought in to prevent the spread of the virus.

Johnson, who swept to power in 2019 on a promise to secure Britain's exit from the European Union, has so far refused to say whether he attended the gathering in Downing Street on May 20, 2020.

"His survival is in the balance at the moment," said one senior Conservative lawmaker, speaking on condition of anonymity due to the sensitivity of the situation.

"He has got to make a clean breast. I usually find that if you make your apologies, it defuses the issue. Can't have it hanging on," said the lawmaker.

The prime minister and his partner Carrie mingled with about 40 staff in the garden of Downing Street after his Principal Private Secretary Martin Reynolds sent an invitation by email using the pronoun "we", ITV News reported.

Johnson's spokesman has repeatedly refused to comment on the details of the report.

When Johnson fields questions in parliament on Wednesday at 1200 GMT, there is just one issue that lawmakers will want an answer to: was he at the drinks party or not?

Newspapers, including those which are usually very sympathetic to Johnson, warned that unless he resolved the issue, his position could become untenable.

On its front page, the Daily Mail posed the question many commentators were asking after the recent scandal: "Is the party over for PM?"

"If he has lied to the British public and lied to parliament and attended parties during lockdown then his position is untenable," the main opposition Labour Party's deputy leader Angela Rayner said.

"Many people who lost loved ones over that period and were not able to see them are devastated by this news that Number 10 was partying while their loved ones died alone. This is completely unacceptable."

Since the details of the gathering emerged, Johnson has simply said he could not comment until a senior government official, Sue Gray, concludes an internal investigation.

The revelation about the Downing Street gathering follows other allegations of rule-breaking by Johnson and his officials and a series of unrelated mis-steps and scandals.

Gray is already looking into other possibly illegal gatherings after a video emerged showing his staff laughing and joking about a different party held in Downing Street during a 2020 Christmas lockdown.

In December, the Guardian newspaper published a photograph of Johnson and more than a dozen other people drinking wine in the Downing Street garden which it said was also taken in May 2020 during the COVID-19 lockdown.

Johnson has previously told parliament that all COVID-19 guidance had been followed, no rules had been broken and that there had been no party in Downing Street.

A snap poll by Savanta ComRes on Tuesday showed 66% now thought Johnson should resign, up 12 percentage points from a poll taken in December after the reports of Christmas parties.

Last month, the Conservatives lost a parliamentary seat they had held for almost 200 years while the party's comfortable lead in opinion polls over Labour has also evaporated.