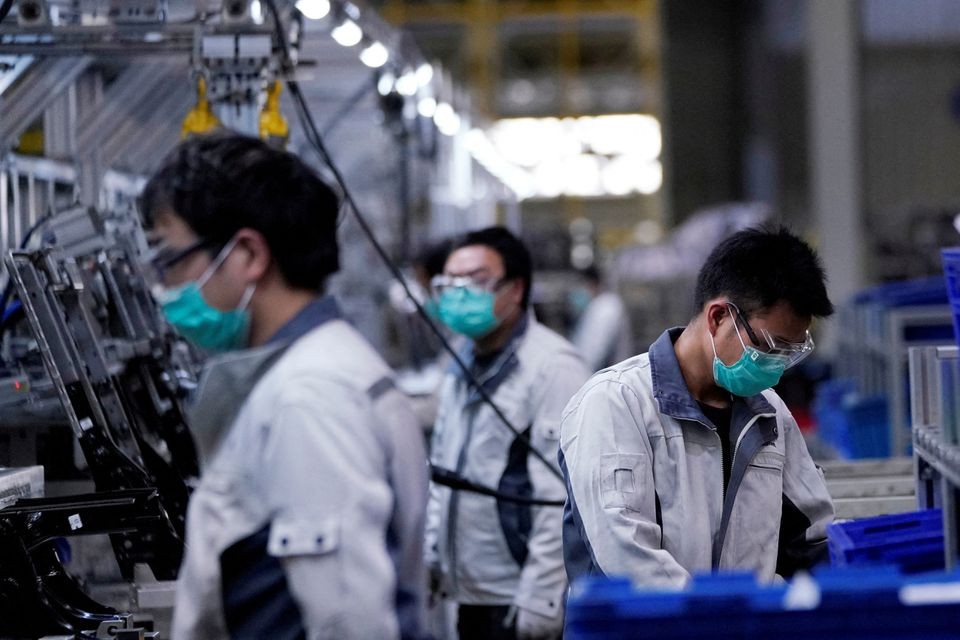 While some analysts think modest rate cuts could still be on the cards if business activity cools further, expectations that the U.S. Federal Reserve will start tightening monetary policy soon will raise worries about capital outflows from China.

Chinese leaders have pledged more support for the economy as a property downturn weighs on investment and strict COVID-19 curbs hit consumption, with the recent local spread of the highly-contagious Omicron variant posing a fresh challenge.

Cities across the country are imposing tougher virus curbs, with the northern metropolis of Tianjin mass testing its 14 million people, prompting some economists to cut 2022 growth outlooks. read more

"We need a relatively loose monetary policy. How much we loosen depends on economic conditions, but the policy direction is clear," Yu Yongding, an influential economist who previously advised the People's Bank of China (PBOC), told Reuters.

The PBOC is likely to cut banks' reserve requirement ratios (RRR) further in the coming months, alongside other quantitative tools, such as boosting credit via relending schemes and the medium-term lending facility, the insiders and economists said. More support is also expected for small businesses.

The PBOC last cut the RRR - the amount of cash that banks must hold as reserves - by a standard 50 basis points (bps) on Dec. 15, its second such move last year. That was followed by a 5 bp cut in the one-year loan prime rate (LPR), the benchmark lending rate, on Dec. 20.

Lian Ping, chief economist at Zhixin Investment, has penciled in one or two RRR cuts this year, while Xu Hongcai, deputy director of the economic policy commission at the China Association of Policy Science, expects sharper cuts.

"We definitely need to loosen policy as the downward pressure on the economy is relatively big," said a policy insider, who spoke on condition of anonymity.

Tao Wang, chief China economist at UBS, told reporters on Tuesday that she expected the next RRR cut to come in March or April, but she also expects the PBOC to keep the LPR steady.

Room for cutting the LPR will be limited given that real interest rates are already low considering current price rises, economists said.

The PBOC has said it will steer policy in line with China's own economic situation, although economists believe expected Fed rate rises could reduce the China-U.S. rate spread, stoking capital outflows and weighing on the yuan currency.

China's solid trade surplus and its capital controls could shield the economy from sharp capital flight that could plague other emerging economies such as Turkey, economists said.

"Although it (Fed rate rises) could create some constraints on our monetary policy, we can maintain our policy independence," said Yu, the former PBOC adviser.

"In other words, if we want to cut interest rates or loosen policy, we can do it," he said.

China's fourth-quarter growth likely slowed to 3.1% year-on-year, from 4.9% in the third quarter, according to a BofA Global Research report. The data will be reported on Jan. 17.

Chinese policymakers focused on curbing property and debt risks last year which exacerbated the economic slowdown. But they have sought to fend off a sharper slowdown that could fuel job losses ahead of a key Communist Party Congress late this year.

New banks loans likely hit a record in 2021 for the second year in a row, a Reuters poll showed. read more

"All regions and departments should shoulder the responsibility of stabilising the economy, which is not only an economic issue, but also a political issue," Han Wenxiu, deputy director of the Office of the Central Commission for Financial and Economic Affairs, said in an article published last week.

China's leaders aim to achieve economic growth of at least 5% in 2022 to keep a lid on unemployment, policy sources said.

China is likely to step up fiscal outlays this year to spur infrastructure investment, with annual budget deficit ratio and a special local government bond quota largely in line with those of 2021.

Policymakers are likely to ease some property curbs to avoid a hard landing, but any fundamental policy shift looks unlikely as they remain worried about property bubbles, they said.