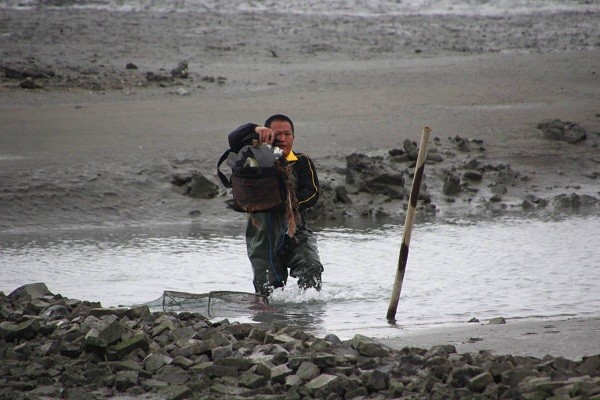 TAIPEI (Taiwan News) — A fisherman on Wednesday (Jan. 12) found pieces of an aircraft near where an F-16V fighter jet crashed into the ocean off the coast of southwest Taiwan the previous day.

Piloted by Air Force Captain Chen Yi (陳奕), the jet took off from Chiayi Air Base at around 2:55 p.m. Tuesday (Jan. 11), and it disappeared from radar screens near a coastal firing range in Dongshi Township, Chiayi County at 3:23 p.m., per CNA.

Military units have been searching for the missing aircraft and pilot since that night, with Air Force planes firing flares near where the fighter is believed to have gone down to help helicopters conduct their search, reports said. On Wednesday morning, troops and the Coast Guard joined search efforts.

A civilian volunteer surnamed Tsai (蔡) discovered wreckage from a military aircraft at around 10 a.m. on Wednesday near the suspected site of the accident. Troops began to focus on that area soon after and found backpacks and several more pieces of wreckage, per CNA.