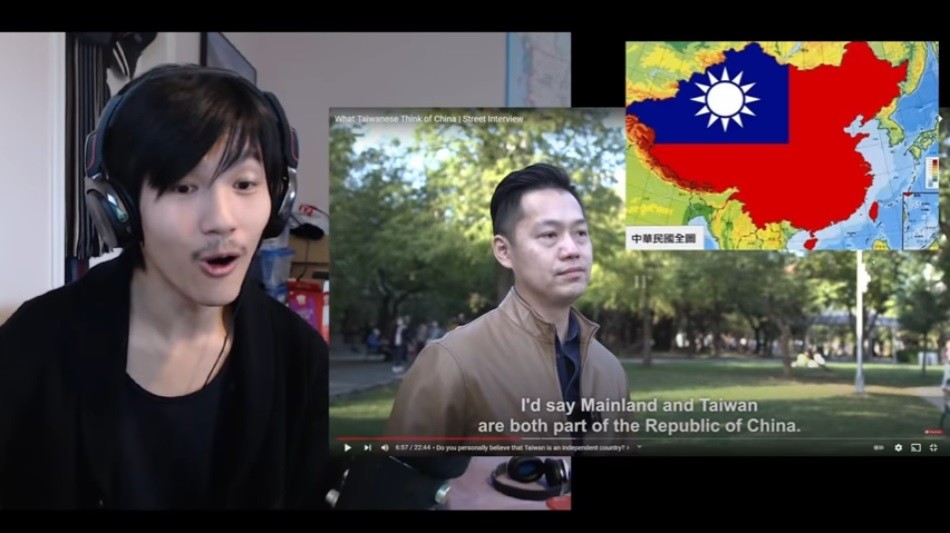 TAIPEI (Taiwan News) — The YouTube channel Asian Boss has drawn criticism for allegedly "pre-screening" interviewees for those with Kuomintang (KMT) party viewpoints and for featuring a pro-KMT YouTuber in a pre-planned "street interview."

On Jan. 3, the YouTube channel Asian Boss posted what it purported to be interviews with "ordinary Taiwanese people" about their opinions on China and cross-strait relations. At the beginning of the video, The founder and CEO of Asian Boss, Stephen Park, said that his channel conducts street interviews because "we believe that it's always best to hear directly from the people to take the accurate pulse of the public."

However, after viewing the video, many netizens, bloggers, and vloggers in Taiwan were disappointed to find that one of the supposed "random bystanders" prominently featured in the video is actually YouTuber 柴Sean你說, who expresses views consistent with KMT political ideology. In the video, the YouTuber strongly emphasized that Taiwan is a "province under the Republic of China" and the KMT stance that both China and Taiwan are part of the Republic of China.

The YouTuber described Chinese Chairman Xi Jinping (習近平) as a "calm man" but said this does not mean he would not "make the decision to start the war." He asserted that Xi would consider invading Taiwan if provoked by "America's attitude" or if Taiwanese "make the wrong decision and implement complete Taiwan independence." 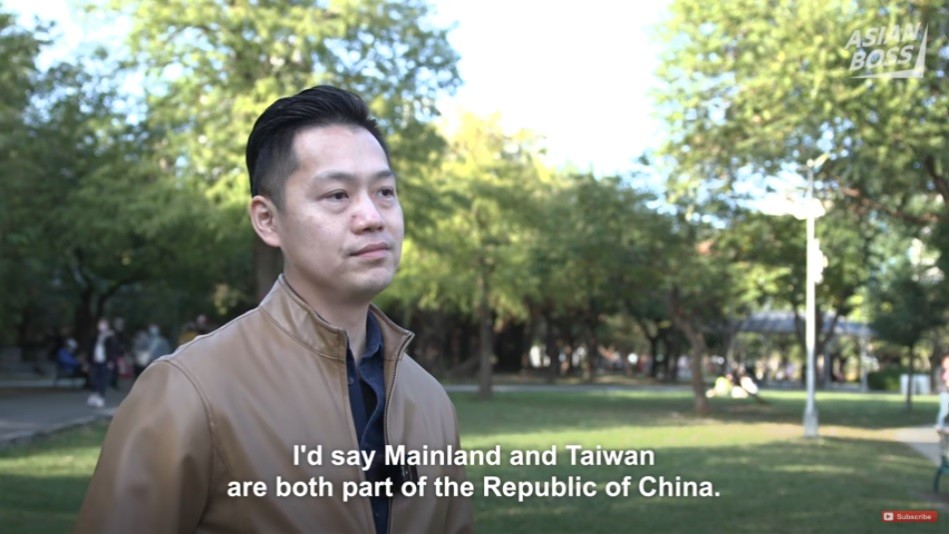 Taiwanese independent video producer Christopher K. Young told Taiwan News that he had been approached by Asian Boss about recording video and providing a reporter to conduct street interviews for the episode. Young initially agreed to what he believed would be several hours of interviews of people in Taipei.

However, he was told that the show already had enough interviews from people with a Democratic Progressive Party (DPP) perspective and that it wanted to "prescreen" for a KMT viewpoint. Young said he told them he could arrange for formal interviews with people representing a KMT point of view but that the Asian Boss producers wanted the interviews to seem spontaneous.

Young was told that he could only carry out interviews with people who supported "blue" (KMT) views. He said that this "didn't sit right" with him and was an unnecessary risk to his reporter.

He said that the producers of Asian Boss wanted him to go to places where young people congregate, including Ximending. Young was to locate subjects at the scene and prescreen them for blue camp views.

Young told the producers he would capture video of any interview the show might arrange, but he would not go on location and proposition interviews if he had to prescreen their views beforehand.

Ultimately, Young said he decided not to participate in the project because he felt the notion of prescreening interviewees for their political affiliations was unethical. He said the finished product was "fallacious and hyperbolically fringy."

It should be noted that many of those interviewed in the video did express pro-green (DPP) opinions. Asian Boss has yet to respond to Taiwan News' request for comment.