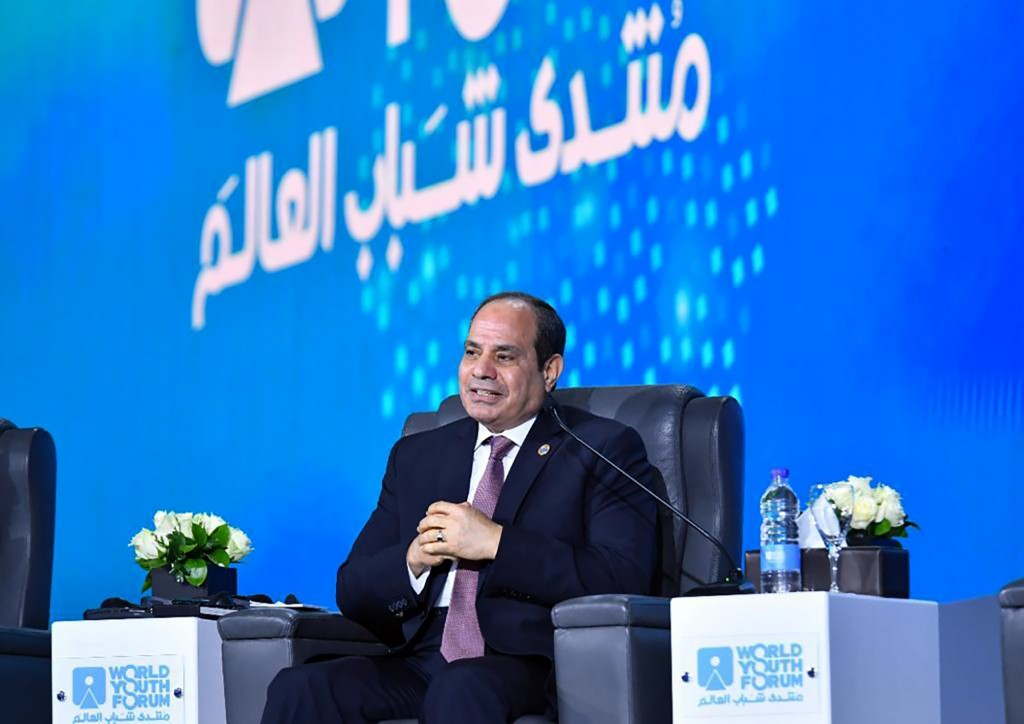 SHARM EL-SHEIKH, Egypt (AP) — Egypt’s leader on Tuesday criticized Europe’s handling of the migration crisis and its refusal to receive refugees arriving at its borders, saying his own country has taken in millions of people who left their home countries.

President Abdel Fattah el-Sissi said Egypt hosts at least 6 million people who fled conflict and poverty at home. He said his government, unlike some other countries, doesn’t hold migrants in refugee camps but allows them to live freely in the community.

For years, people fleeing war and poverty in the Middle East have made dangerous journeys across the Mediterranean and Aegean seas, seeking safety and a better life in Western Europe.

But after the arrival of more than a million people in 2015, European Union nations put up concrete and razor-wire walls, installed drone surveillance and cut deals with Turkey and Libya to keep migrants away.

“I’m talking about huge numbers, not about five or ten thousand, (that) our friends in Europe refuse to receive,” el-Sissi said.

He said his government provides education, health care and other services to all migrants and refugees despite his country’s limited resources and economic strains.

“We made what we have available (for them) without making a fuss,” he said.

Egypt has for decades been a refuge for sub-Saharan African migrants trying to escape war or poverty. For some, Egypt is a destination and a haven, the closest and easiest country for them to enter. For others, it is a point of transit before attempting the dangerous Mediterranean crossing to Europe.

The U.N.’s International Organization for Migration says Egypt hosts more than 6 million migrants, more than half of them from Sudan and South Sudan, where simmering conflicts continue to displace tens of thousands of people annually. Many of those migrants have established their own businesses, others work in the huge informal economy as street vendors and house cleaners.

El-Sissi said his government has in recent years tightened border security and managed to prevent Egypt from becoming a departure point for migrants fleeing conflict and poverty in Africa and the Middle East.

The IOM says the number of migrant departures from Egypt's coasts has drastically dropped since 2016. The number of Egyptians crossing to Europe was seven times lower in 2020 compared to 2016, the agency said, falling to around 750 from 4,873 in 2016.

“We didn’t allow people to use Egypt as a crossing point where people cross into the unknown and face a very harsh destiny in the Mediterranean while migrating to Europe,” he said.

With restrictions and tight security on Europe’s Mediterranean borders, a new route to the European Union has emerged through the forests and swamps of Eastern Europe.

In recent months, people from Iraq, Syria and elsewhere have flown to Minsk, the capital of Belarus, on tourist visas and then traveled by car — many apparently aided by smugglers — to the border.

Poland has denied entry to thousands of migrants and refused to let them apply for asylum, violating international human rights conventions. The country has been criticized by human rights groups at home and abroad.