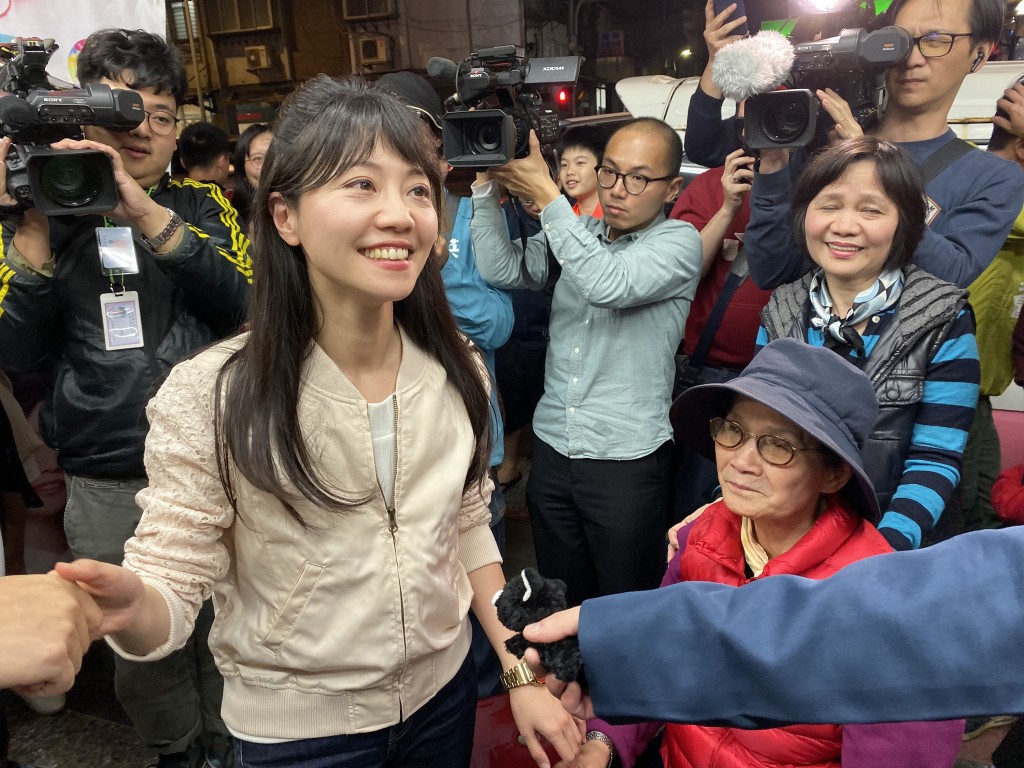 Social media plays a significant role in Taiwan politics but differently than in countries like the United States.

Twitter is the least common of the three. In general, it is used by politicians interested in reaching an international audience, and the posts are usually in English, Japanese, or whatever their target language is.

Many local politicians don’t bother with Twitter. For example, former Kuomintang (KMT) presidential candidate and recalled Kaohsiung Mayor Daniel Han Kuo-yu (韓國瑜) does have an account set up, but it’s still listed as the official account of the mayor of Kaohsiung, which indicates just how long it has been inactive. In fact, Han’s account has never once posted and only follows one account: Kaohsiung City.

The most punchy of the government accounts is the Ministry of Foreign Affairs (MOFA) — which often delivers hard-hitting and sometimes hilarious tweets to counter those of China’s “wolf warrior” diplomats.

A tip on MOFA’s tweets: if at the end there is a JW, that means Foreign Minister Jaushieh Joseph Wu (吳釗燮) personally penned that message — and they are usually the sharpest. Follow this account if you enjoy panda-poking humor.

A few are very active, however, aside from the official government accounts. Of course, the president gets a lot of attention, and Representative to the U.S. Hsiao Bi-khim (蕭美琴) is especially active on her personal account. Her self-description reads “Personal account for Taiwan Ambassador, Representative, and Cat Warrior in the US.” “Taiwan Ambassador” caused a stir because that is her de facto, not official, role — but this is her personal account, so she is theoretically entitled to use whatever titles she prefers, and clearly her superiors didn’t object.

The sharpest and funniest tweets of them all, however, are Presidential Spokesperson Kolas Yotaka's. Hers are often total gems. Here are a few:

Commenting on the 100th anniversary of the Chinese Communist Party: “The CCP wants Taiwan for their 100th birthday. Just pick something else. Grow up.”

Her sarcastic take on joining the World Health Organization: “Maybe a UFO has a better chance than Taiwan at the WHO.”

In spite of being a presidential spokesperson, she doesn’t shy away from criticizing Taiwan: “Systemic bias against migrant workers in Taiwan is real, and we’re seeing this in some COVID responses. Change doesn’t happen overnight, but we need to keep shining a light on the problem. This is how we make progress.”

Another person very active on Twitter is Democratic Progressive Party lawmaker Wang Ting-yu (王定宇), who is quite eloquent on military issues. That appears to have made him a go-to guy for foreign journalists.

Former Kuomintang (KMT) Chair Johnny Chiang (江啟臣) is also active, as is the KMT’s account, which is a frequent punching bag for pan-greens.

Apparently, one day whoever acts as their translator or social media person lost their temper and accused Singaporean activist and Taiwan resident and writer Roy Ngerng of essentially being a white supremacist in what can only be described as an embarrassing, unhinged rant.

Another interesting politician on Twitter is Lii Wen (李問), the head of the Democratic Progressive Party (DPP) chapter in Matsu. He ran for office there, and unsurprisingly for such a pro-China group of islands, lost. But he managed to get some actual votes, which is something of an achievement. He’s known for his dogged determination, and who knows, he might make some headway.

Unlike on other social media, most Taiwanese politicians' Twitter handles are pretty plain — usually just their own names.

Their Instagram accounts are almost exactly the opposite of their Twitter counterparts. Here, the politicians are targeting a purely local — and especially younger — audience, and the content is generally lighter-hearted.

As a political analyst and columnist, it may seem odd to follow politicians' pages on Instagram, but there often seems to be a correlation between increased online activity and some underlying political motive. For example, a politician suddenly becoming either much more active or significantly less active can indicate a range of things — from their intention to run for office to their being on the outs with their party.

While many — or even most — use their own names as their Instagram handles, it is on IG that many feel it is acceptable to get a bit more creative.

For example, Han Kuo-yu’s handle is vegetable.han, which is not a reference to being in a vegetative state but to his time running the Taipei Agricultural Products Marketing Corporation (TAPMC, 臺北農產運銷公司). He made much of his ties to farmers and, for some reason, loved to pose for pictures with cabbages at the time. Last fall, he ran a long string of posts that included Bible quotes, perhaps to signal he’s doing some sort of penance after being kicked out of the Kaohsiung mayorship in a recall.

Another official with an amusing IG handle is DPP lawmaker Kao Chia-yu (高嘉瑜), who was originally most famous for singing terribly in public and somehow getting on the news for that. Oh, and being on lots of talk shows.

Kao’s handle is ntufish, presumably a reference to her alma mater National Taiwan University (NTU), where she earned a master's degree in cross-strait relations. Fish is probably a homonym for the third character in her name (瑜).

Yet another with a play on their name is former Taichung Mayor and Transport Minister Lin Chia-lung (林佳龍), who on IG and Facebook is dragonforpeople. The “lung” (龍) in his name means “dragon.”

Johnny Chiang went for a descriptive username: Taichungjohnny. He represents a Taichung-based district in the legislature.

One this author is a little unsure of is Lai Ping-yu (賴品妤), the DPP lawmaker famous for doing cosplay, whose handle is souichi_lai (on Facebook she is SouichiCosplay). Doing a search for Souichi turns up a Japanese manga character who is described this way on fandom.com:

“He is usually seen biting iron/steel nails in his mouth due to the lack of iron in his body.

Like many of Junji Ito’s antagonist characters, Souichi is known for his schemes, though many of them backfire in comedic and ironic ways.”

This seems a curious choice for a legislator, but maybe she’s referring to something else. Alas, this columnist is not up on the local political significance of Japanese manga characters.

Sometimes the nation's public figures use their usernames to signal their political intentions, such as KMT politician, media commentator, and Broadcasting Corporation of China CEO Jaw Shaw-kong (趙少康), whose username is “skchao2024.” He set up his IG account after announcing his intention to run in the next presidential election.

Another fun one is Premier Su Tseng-chang’s (蘇貞昌) account, “eballgogogo,” which one can only guess refers to his bald head and reputation for being high energy. Watching him on the stump, it is easy to imagine he has battery packs installed (he’s too healthy-looking for it to be attributable to amphetamines).

It has been reported on multiple sources that Taiwan has the highest Facebook penetration of any country in the world, and politicians of course use that to their advantage. When they make big announcements, it is often done on Facebook — such as when New Taipei Mayor Hou Yu-ih (侯友宜) responded to KMT pressure to support its stances on the four referendum items by rebuking his party and partisanship in general.

Another well-known example is when then-candidate Tsai Ing-wen (蔡英文) announced she personally supported marriage equality in the runup to the 2016 election. Many, if not most supporters of marriage equality missed the distinction between that being her personal opinion but not that of her party, which led to years of frustration from those who expected her to act on the issue quickly.

More recently, Eric Chu (朱立倫) announced his run for KMT chair on Facebook. He is one of the few with a username that amuses this columnist, “llchu,” which certainly means he’s a big L.L. Cool J fan and is hoping everyone will call him L.L. Cool Chu.

Of course, it has absolutely nothing to do with his given name being Li-lun. Nope — definitely has to be a reference to L.L. Cool J. That’s far more humorous to imagine.

Han Kuo-yu originally had “twceoyu” as his FB handle, but after leaving the post of CEO of the agricultural promotion corporation, he changed it. Now it is “twherohan,” which suggests how he viewed his role in Taiwan when he set the account up.

Being on Facebook is a must to follow local politics here. With the possible exception of media appearances, it is where politicians do the most communication with the public. By using Facebook, they can share their message unfiltered by the local media and in a form that can be widely shared and commented on (for better or worse).

Unfortunately, the vast majority of the time the Facebook posts are bland and meant to be widely shared, which they often are in groups that either share the posters' ideology or hate and want to mock them.

It is also the platform that tends to get them in the most trouble, often leading to lawsuits and in some cases, violence, as when Taoyuan City Councilor Wang Hao-yu (王浩宇) of the DPP made allegations about the Kaohsiung City Council speaker following his suicide right after the Han Kuo-yu recall, and Han supporters responded by mobbing Wang's office. His sharp tongue repeatedly got him in trouble, and he was recalled after so thoroughly enraging pan-blue supporters that they passionately mobilized against him.

That fate did not befall former New Power Party and now independent Kaohsiung City Councilor Huang Jie (黃捷). In spite of being famous for her sharp questioning of Han in the city council, on social media she projects the image of being kind, caring, and active in her district — and it’s hard to hate someone who instead of trashing the opposition asks her followers if they like her new dress.

This article is a partially adapted version of a podcast by the author entitled "Politicians and their Handles" on Taiwan Report.