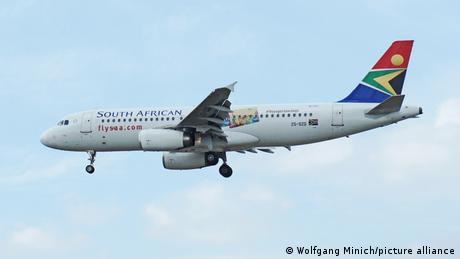 Member states of the European Union on Monday decided to lift the suspension of flights to and from southern Africa after air travel was put on hold due to the omicron variant.

The news was announced by the French presidency of the EU after a meeting of the bloc's Integrated Political Crisis Response (IPCR) team.

It said there had been agreement among member states "to lift the emergency brake in place to allow air traffic with southern African countries to resume."

Where was affected by the ban?

While EU citizens and residents were able to return home by plane, the ban effectively meant that normal air travel was halted.

The move followed the identification of the highly mutated omicron variant in South Africa. This variant is now dominant in several EU countries.

The IPCR brings together member states, European institutions and experts.

COVID-19 has caused more than 5,490,000 deaths worldwide since the start of the pandemic, according to the Johns Hopkins University. The respiratory disease is caused by the SARS-CoV-2 coronavirus, detected in late 2019 in Wuhan, a city in central China.

While omicron appears to be far more transmissible that previous variants, evidence is emerging that it tends to affect the upper respiratory tract, causing milder symptoms that past forms of coronavirus.

While vaccines have proved hugely effective at protecting against serious forms of coronavirus infection, they have had less impact in preventing people from spreading the virus.