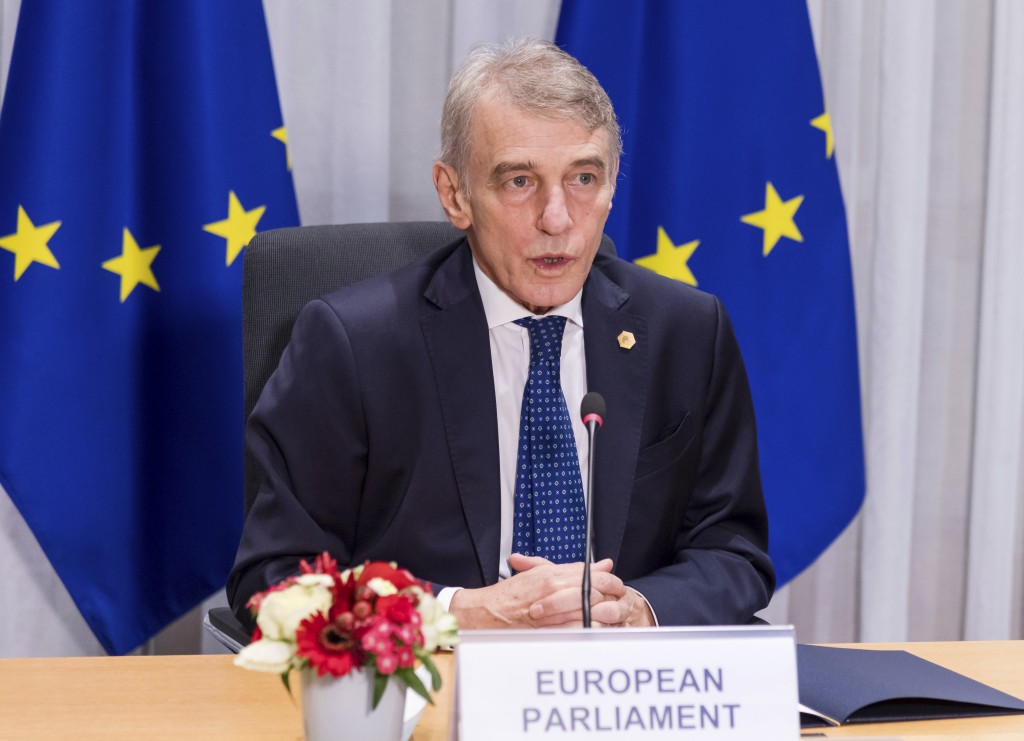 BRUSSELS (AP) — European Parliament President David Sassoli has been hospitalized in Italy due to abnormal functioning of his immune system, his spokesman said Monday.

Roberto Cuillo said in a statement that Sassoli has in the hospital since Dec. 26 and all his activities have been canceled.

“This hospitalization was necessary because of a serious complication due to a dysfunction of the immune system," the statement added.

Sassoli, 65, suffered a severe case of pneumonia in September during a plenary session of the Parliament and had to be hospitalized. He returned to Italy to recover but had a relapse that kept him away from his duties for a while before he resumed his activities in November.

Sassoli, a Socialist member of the EU Parliament, had decided not to run for re-election when lawmakers vote to appoint their new president later this month.

A former journalist, Sassoli was first elected at the European Parliament in 2009. He won another term in 2014 and served as the Parliament's vice-president.