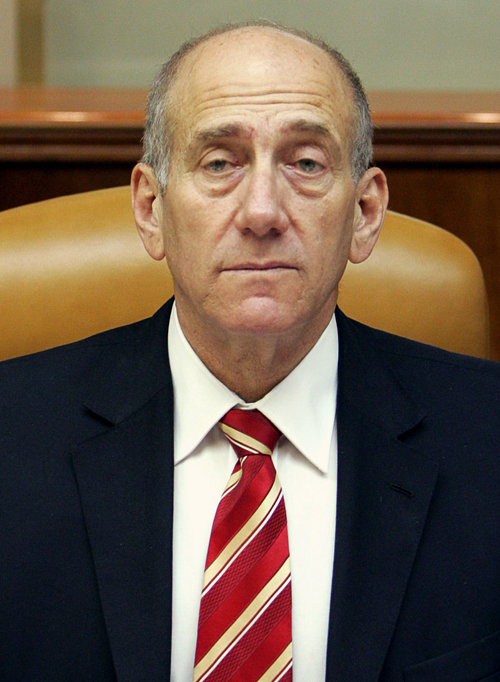 A government-appointed commission delivered to Israeli Prime Minister Ehud Olmert and Israeli Defense Minister Amir Peretz yesterday what is thought to be a withering report on their handling of last summer's costly but inconclusive war against Hezbollah guerrillas in Lebanon.
The commission's report was officially discussed at a news conference later in the day yesterday. But over the weekend, officials familiar with the report confirmed an earlier TV report that the findings would be strongly critical of Olmert and Peretz. That was enough to trigger calls for Olmert's resignation from opponents and even some partners in his governing coalition.
Although Olmert has been tarnished by the war and unrelated corruption allegations, he appears likely to remain in office for the time being. He already has said he will not resign, and his coalition partners want to avoid an upheaval that could lead to new elections and cost them their own jobs.
Olmert met with ministers from his Kadima Party late yesterday after the report's release.
Long before yesterday's report, Olmert and Peretz, who took office with limited security experience less than two months before the war, lost much of their public support because of the conflict. The war broke out when Hezbollah guerrillas captured two soldiers and killed three others in a cross-border raid last July 12.
Relying heavily on massive airstrikes recommended by the military chief, Lt. Gen. Dan Halutz, Olmert pledged at the time that Israel would crush Hezbollah and force return of the captured soldiers. Neither goal was accomplished.
Instead, Hezbollah pounded northern Israel with nearly 4,000 rockets, halting only after a U.N.-brokered cease-fire was imposed. Israel launched a late, costly ground offensive with the Security Council nearing completion of its cease-fire resolution.
In 34 days of fighting, between 1,035 and 1,191 Lebanese civilians and combatants were killed, as were 119 Israeli soldiers and 39 civilians, according to official figures from the two sides.
The report covers the first six days of the war, when Israel battered Lebanon with airstrikes as Hezbollah pounded Israel with rockets. The report also looks at developments in the six years leading up to the conflict, beginning with Israel's pullout from southern Lebanon in 2000 and tracing Hezbollah's buildup along the border. The commission's final report, looking at the entire war, is scheduled for release this summer.
According to the TV reports confirmed by Israeli officials, the commission appointed by Olmert and chaired by a retired judge, Eliyahu Winograd, aims withering criticism at Olmert and Peretz over their decision-making, inexperience and failure to question plans presented by the military.
The report also says that Halutz, a former air force commander, did not provide political leaders with a sufficient range of military options, played down the rocket threat and silenced dissenting opinions within the army command, Israeli media said. After months of criticism, Halutz resigned in January.
The Winograd panel does not have the authority to fire officials, but the scathing report could ignite public protests and demonstrations, coupled with political infighting, that could force the resignation of Olmert and Peretz. Noisy public demonstrations were expected to back demands that they step down.