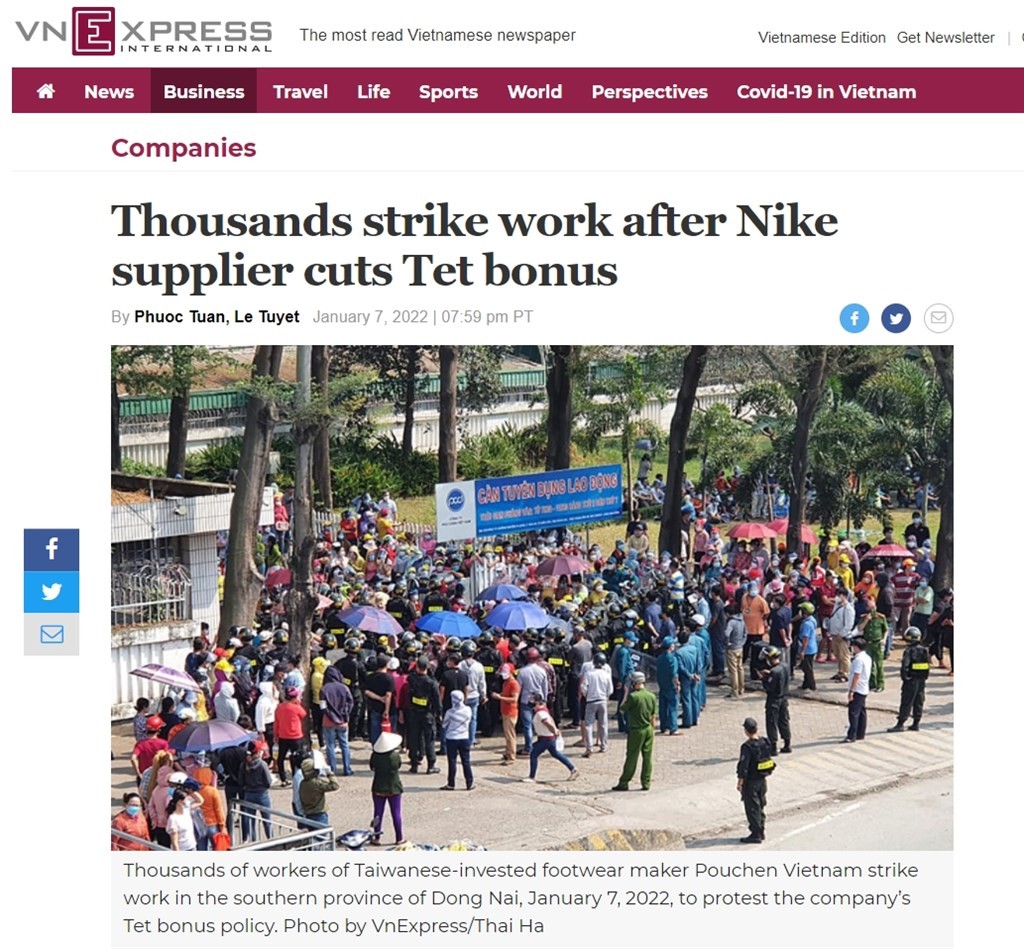 TAIPEI (Taiwan News) — A strike that broke out in Bien Hoa, Vietnam, at the factory of the world’s largest footwear manufacturer, Pou Cheng Group, over employee dissatisfaction with Lunar New Year (Tet) bonuses continued into its fifth day on Monday (Jan. 10).

The plant's 14,000 employees went on strike Friday (Jan. 7) due to the Taiwanese company’s decision to cut their Tet bonuses.

The company had announced the previous day that employees with more than one year of experience would receive a bonus ranging from one to 1.54 month’s pay, which is equivalent to between 5 million and 20 million Vietnamese dong (NT$6,000-NT$24,000), Vietnam Express cited an employee as saying. The worker said that last year, the bonus was as high as 1.87 months for some.

Wu Ming-ying (吳明穎), president of the Dong Nai Taiwanese Chamber of Commerce, said conditions for Taiwanese businesses were not good over the past year. Additionally, the businesses had followed the epidemic prevention measures mandated by the Vietnamese government, which did not help profits grow, CNA reported.

Wu said he believes most Taiwanese businesses in Vietnam are willing to share their profits, but the unexpected pandemic have put a damper on bonuses. He expressed hope that all parties would be sympathetic to one another and that the Vietnamese government would assist Pou Cheng Group in communicating with employees to end the strike.