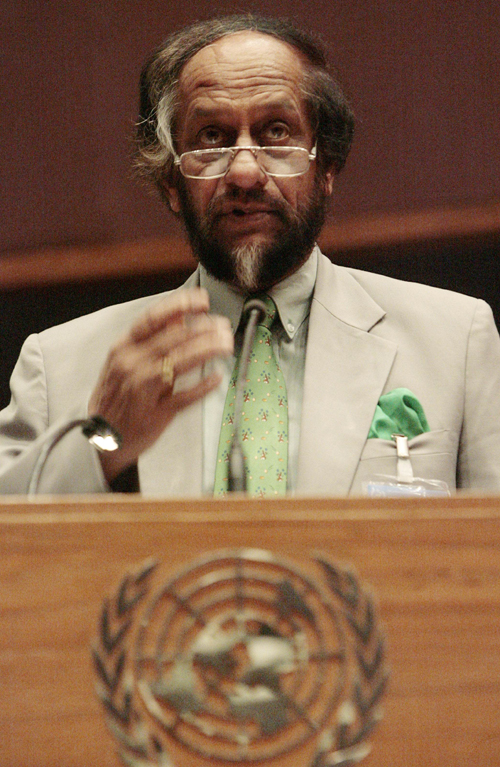 The world's leading climate change experts gathered yesterday in Bangkok to consider how to lower greenhouse gas emissions to save the planet from the worst effects of global warming.
At least 400 experts from about 120 countries attended the third session of the Intergovernmental Panel on Climate Change, the U.N.'s leading authority on global warming.
Two reports issued earlier this year said the Earth was already warming and predicted severe consequences including drought, flooding, violent storms and increased hunger and disease. The third report - the last instalment of the IPCC's biggest investigation in six years - will lay out ways to reduce greenhouse gas emissions and prevent a climate catastrophe without seriously impacting on the global economy.
A draft seen by Agence France-Presse says that the tools for reducing emissions already exist, with renewable energy, nuclear power, bio-fuels and reforestation all in the basket.
But as wary governments lock horns on key issues, much of the draft will be cut. "It's quite natural that (when) you have 120 people looking at a text that other people have written, they are going to go through it and try and put it into their own language," said Michael Williams, spokesman for the United Nations Environment program.
Sticking points at the meeting could include taxes and caps on carbon dioxide emissions and any references to the Kyoto Protocol, which U.S. President George W. Bush abandoned after he took office.
Experts predict the European Union - which has pledged to reduce its CO2 emissions by 20 percent by 2020 - could face off against the United States and China, the world's biggest carbon polluters.
Any mention of nuclear energy in the final draft, which is due to be released Friday, would incur the wrath of many environmental groups.
The draft of the report's 24-page summary says that the cost of cutting greenhouse gas emissions could be modest, with better fuel efficiency, subsidies for renewable energy and more energy-efficient buildings on the table.
One of the key issues to be hotly debated when delegates retreat behind closed doors yesterday is a so-called carbon price - finding a way to make consumers and businesses pay for the pollution they create. The findings of the report, which stops short of making recommendations, will be used by governments and international organizations to map out their own plans for preventing worst-case climate scenarios.