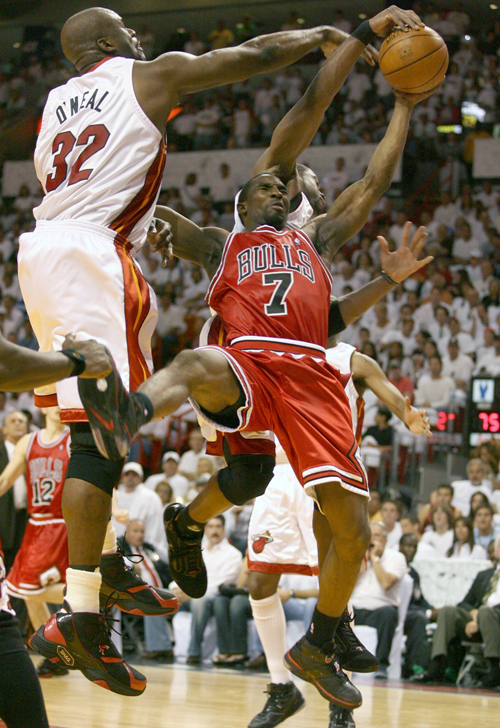 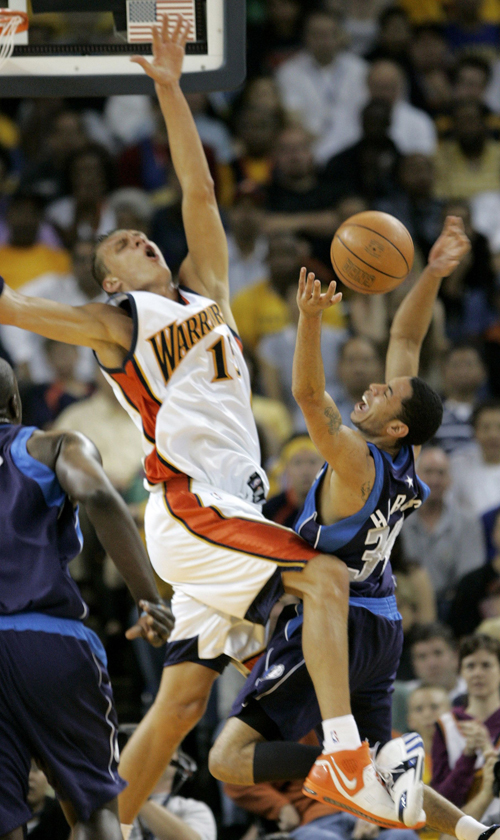 The meeting wasn't called to discuss strategy or point fingers.
It was about obsession.
It was about playing with the same fire that has burned in these Mavericks since they lost in the NBA Finals.
The Mavericks did play better Sunday. They played with a passion that had been missing in this first-round matchup with Golden State.
But this team had too far to go from where it was in Game 3. It had too many bad habits and too much uninspired play to overcome.
Now the Mavericks are only one loss away from having all the time they want to meet and discuss what went wrong.
The Warriors' 103-99 win Sunday night didn't end the Mavericks' season. But it was the Mavs' seventh loss in their last eight playoff games dating to the Finals.
"More than anything, I saw fire in our guys' eyes tonight," Mavericks coach Avery Johnson said. "We came to play tonight.
"We just didn't finish."
It was a game, if Dirk Nowitzki is to be believed, the Mavericks had to win to have any shot at winning the series.
Nowitzki once again was more average than MVP material. But it's clear the Warriors aren't going to let him get untracked in this series. It's also clear he's not the vocal or emotional leader of this team. It's not in his nature.
Jason Terry and Jerry Stackhouse called the impromptu session after Saturday's practice. It made sense. The two veterans are the vocal leaders of a team that doesn't possess a rah-rah mentality or lean on teammates too often for motivation.
Terry is the extension of Johnson as the team's starting point guard. Stackhouse mirrors his coach's intensity.
"I don't mean to say that we're not playing with effort," Stackhouse said before the game. "We're playing with effort. But the team we're playing is still outhustling us a little bit.
"We've shown through the course of 82 games that we're the better team. But when you get outhustled, the lesser team can beat you."
The Mavericks matched the Warriors' intensity Sunday. That's the scary part. They still came away the loser.
Maybe the lesser team can beat you.
Or maybe the Mavericks are the lesser team.
"I think we as coaches have a tremendous responsibility and players have a tremendous responsibility," Johnson said before the game. "It's not one-sided.
"They got together yesterday and they aired out some things they wanted to correct after practice. I thought that was a good idea.
"Jet and Stack had a deal with the team. We'll see if there are benefits from it."
The results were mixed. Terry has had some big playoff games for the Mavericks.
This wasn't one of them.
The guard finished with 19 points. But he was only 7-of-19 from the field and gave up almost as much as he gave.
Terry scored five points and was only 2-of-10 from the field in the first half. He allowed an apparent fast-break layup to be blocked from behind by Mickael Pietrus.
How much did Terry hurt the Mavericks early? Subtract his field goal percentage in the first quarter, and the Mavericks would have been 11-of-16 from the field. His three turnovers in the opening minutes of the third quarter led to eight points for Golden State.
If Terry had been more efficient, the Mavericks would have entered the final period with a lead rather than a tie.
Stackhouse easily had his best game of the series.
The Mavericks' sixth man scored a total of 27 points and shot 25 percent from the field in the first three games. He came through with 24 points and was active on both ends of the floor in Game 4.
But he, like Terry, made some key mistakes late. All of the Mavericks did.
Now there's not much to be said. If the Mavericks don't win three straight in this series, their drive to return to the Finals and win will be grounded before it even got off the ground.
It doesn't take a players-only meeting to figure that out.