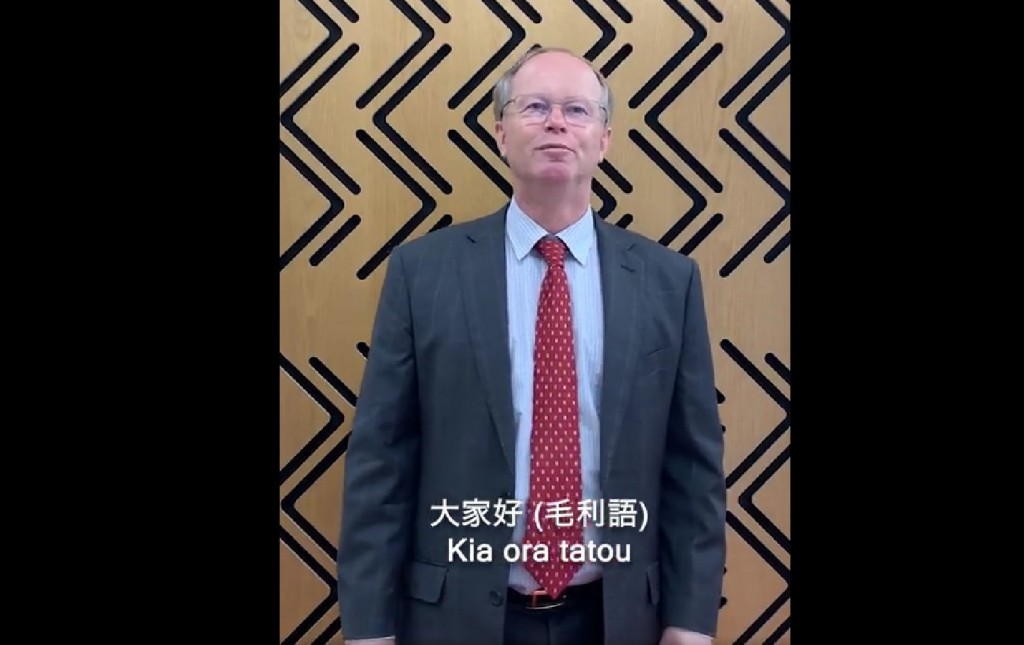 TAIPEI (Taiwan News) — The new director of the New Zealand Commerce and Industry Office (NZCIO), Mark Pearson, has said he is happy to be in Taiwan to continue maintaining close bilateral ties.

In a video message posted on the office’s Facebook page, Pearson shared his thoughts on returning to Taipei, saying, “It’s wonderful to be here in this dynamic and exciting city.” He mentioned that he has visited Taiwan many times in the past and has always enjoyed the country’s “great hospitality, food, and culture.”

Pearson said he is happy to have the opportunity to live and work in Taiwan as NZCIO director and added that he is eager to meet the many Taiwanese friends of New Zealand who have worked hard to “strengthen links between the two countries.”

Before assuming his new role, Pearson served as New Zealand’s chief advisor to the Asia Pacific Economic Cooperation (APEC), according to an NZCIO press release. He is fluent in Japanese and Korean, having previously been stationed in Tokyo and Seoul as deputy ambassador.

The diplomat’s expertise is in regional economic and political issues pertaining to APEC, the Regional Comprehensive Economic Partnership, the East Asia Summit, and other related organizations and conferences.